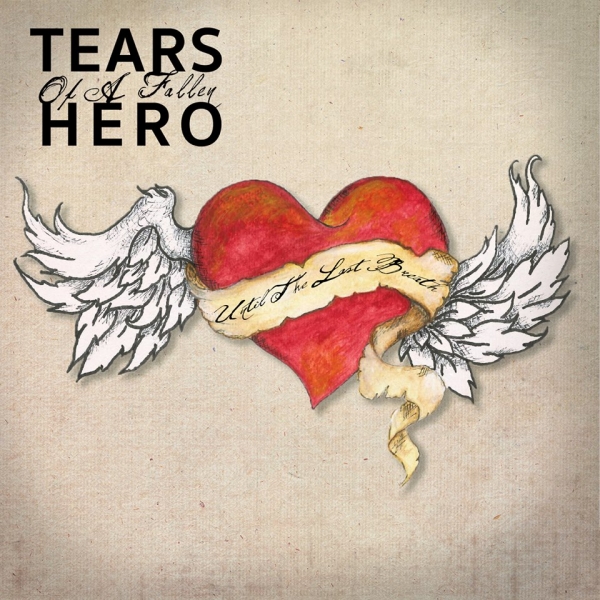 Certain bands have the gift of clearly conveying the true heartfelt emotions and message at the very core of a song through the strength of their lyrics and vocal prowess (see Architects and Metallica amongst many, many others). One emerging band that have already managed to demonstrate this skill exceptionally early on in their career is Tears Of A Fallen Hero: a three-piece band from Gothenburg, Sweden.

Formed in late 2017 from the ashes of the band Hero In Action (perhaps explaining the origins behind the new band name) their music blends heartfelt melodic Alt. Rock with a dusting of Pop-Punk.

Their first single ‘Halo’ was dropped back in June 2017 and gives a substantial insight into what they have in store for us. The track sets the band firmly in the Alt. Rock genre, however there are glimmers of Pop-Punk influences and overall it bears resemblance to bands such as From First To Last (primarily their single ‘Make War’) and the solo outfit Grumble Bee. Vocalist Rick Steele’s powerful voice fuels the vocals and matches the passion required for the chorus chant of ‘you will always be/someone for me with your halo’. The subtle keyboards in the background serve to round out the track along with the guitar solo which plays out at the end.

Fast forward almost a year to May 2018 and their next single: ‘A Hymn for the Broken’, the quality of which proves those twelve long months were well worth the wait. The track is carried by its strong up-tempo bass-line and the fact that they have decided to capitalise on the powerful vocals, which have evolved to become cleaner and more emotional than their first single.

Titled ‘Until the Last Breath’, the strongest of their current three singles was released at the close of 2018. The single is a heartfelt and emotional hammer-blow of a track that manages to deliver its blow right into the feels. Starting with a classic guitar shredding intro the track brings in a beautifully composed keyboard riff that perfectly matches the emotional tone of the track’s heartfelt lyrics. The passion and clever lyricism behind the chorus is in the same vein as the Sun Arcana’s Alt. Rock
juggernaut of a track ‘When I Turn Cold’. The strength of the song may be due to its emotional origins. Earlier in 2018 the band were made aware of a young girl in their hometown who had passed away from cancer. Affected by the story they were inspired to write the emotional lyrics to the song in tribute to her and her parents and donate a portion of income from the song to charity.

Usually it takes an album or two to reach yet Tears Of A Fallen Hero seem to have already proved themselves to be a band who can produce solid music with emotional substance, perhaps the source of which can found through the strength of their inspiration. The resulting three singles demonstrate well-polished instrumentals and vocals which stand up to the strength of their lyrics. For those wanting more, research on the respective social media channels suggests they are finishing off
something in the studio, so we should expect a new release very soon.