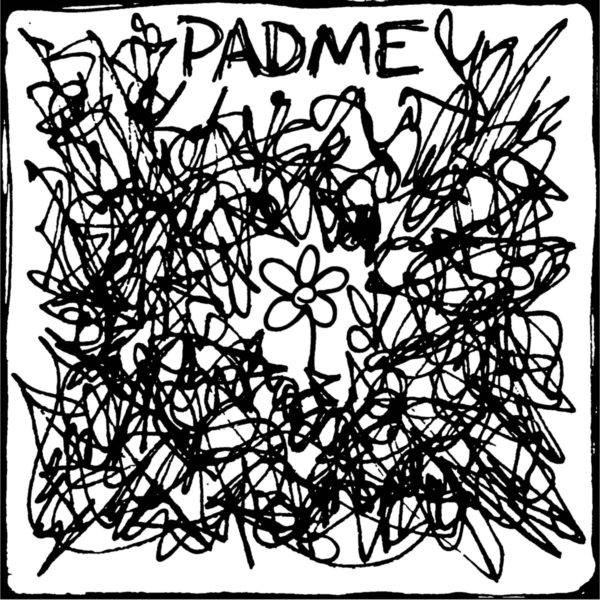 No need for introductions, we’ve met before. Ah screw it, this is Padme – a four-piece Punk band from Istanbul, Turkey and formed by Arda (Bass), Toprak (Guitars/Vocals), Ozan (Guitar/Vocals/Slave Stuff) and Orhi (Drums). Back in the murky depths of times-gone, we treated our ears to their 2018 release IBAN TR75 0006 2000 7170 0006 6006 13. The record was a genre-crossing Punk delight which skipped between Pop-Punk, Skate Punk, Ska-Punk and classic ’70s-Punk without so much as a single fuck. Now, they’re back to deliver again with their 2020 album The Fine Line Between Being Conscious and Self Harm. You can find a review on their previous release – Here.

Let us no longer mess around with anymore meaningless social pleasantries and jump right in; much like the album’s opener – ‘Crossing the Line’. The track starts with a heavy, thought-provoking speech that gives a decent taste of what this record is all about:

‘In this system where hunger and modern slavery is forcibly inherited, we must not forget that the responsibilities of the privileged must be inherited as well. The act of solidarity, in this world full of prejudice, is not a grant which someone hands out to the “lesser”, but it is a must. Especially in this era; where racists, fascists, LGBTI-phobics, governments and multinationals are louder, more impertinent and more relentless […]’

You need only take a cursory look at the international stage and causes like the Black Lives Matter movement, or Trump’s outrageous withdrawal of Transgender rights in the American healthcare system for these lines to strike home. The speech continues after the above extract finishes, but now the guitar has kicked in and the track is just as angry as the speech suggested. Pent-up frustrations with an overbearing fascist, racist, and xenophobic system are unleashed in a way only a classic pumping and throbbing Punk-song can deliver. ‘You don’t have a right on my body; you don’t have a say on my soul, and I can’t believe people still have to tell you those’ – This album isn’t messing around.

All that said, however, the album does provide a brief humorous break at the start of next track – ‘Death to Denham’s Dentrifice’  with a quote from Danny Devito’s character, Frank, from It’s Always Sunny in Philadelphia – ‘[…] When I’m dead just throw me in the trash!‘. Once that’s out of the way, it’s back to business as usual. The track, with its title referring to Kurt Vonnegut’s ‘Fahrenheit 451’, rips into the advertising industry with violent, raucous slurring vocals and a crashing drum-heavy barrage of Skate ‘core.

We all know it wouldn’t be a true Padme record if they didn’t infuse Ska-Punk to the mix and ‘End Of The World’ teases us with such. It’s a good song, in fact, it has everything you need: chinking, bouncy guitar riffs matched by drumming and vocals much the same. However, Padme leaves you sweating until the closing ‘Apathy’ before they give you your second Ska-dosage, and this is where they really deliver the business. ‘Apathy’ is heavy on distorted vocals beset with short, punchy memorable lines – ‘beating my own mascot, feel like warm beer in a cold spot’. The back and forth between distorted verses and clean choruses is where Padme are at their best. Their multi-vocal approach nothing short of fantastic. Also, if you needed another reason to love this one, the band have also dusted-off the trumpet.

In true Padme-style, the album is not light on the usual addition of joyous, seemingly nonsensical lyrics throughout. See ‘End Of The World’ – ‘do says monkey; should donkey obey?’ – honestly… I don’t know, but I love the question. In their one-minute-wonder track ‘Clash’ they deliver perhaps my favourite of the album – ‘[…] like a flying pigeon in the sky; shitting right into your eye; got bored of being alive.’ – don’t worry Mum, it doesn’t need to make sense, it’s Punk!

However, unlike their previous record, this second effort is a shift to a much more classically embedded Punk sound. This is indeed the case throughout, albeit with a small periodic dose of Ska-Punk for good measure. ‘Whose Decision Is It To Make?’ is filled with nostalgic machinegun-tempo drumming dripping in retro-’70s pogo-ing set with ’90s Punk energy.

Elsewhere, ‘BiZ İsTeYeReK Mi YaPıYoRuZ saNki’?’ gives a slightly more melodic and anthemic inclusion to the album; it could have made a strong album closer as the drawn-out vocal hooks on the chorus have an almost farewell-like tone. Arda’s bass gets it’s time to shine in ‘Can’t Catch Me’. A deep and furious rhythm is laid over band-wide throat-burning, raspy and crooning vocals. I’ve said it already but this band has an impressive vocal range.

‘Eğitimin Önemi’ is another album highlight. The tight two and a half minute number is a package of ultra-catchy guitar and bass riffage backdropped with more cymbal-heavy crashing. The track is also another solid demonstration of how the band can craft an absolute tune with their multiple vocalists. Padme hop seamlessly between different vocal outputs, the speed of which matches the pace of the song flawlessly.

The Fine Line Between Being Conscious and Self Harm is another strong entry from a band that continues to show us their established strengths. They haven’t YET strayed out of their comfort zone and explored anything drastically different, but for now, that’s just fine. With this record and their previous efforts, Padme have shown that they already have plenty more to offer before the well runs dry.

Padme and The Fine Line Between Being Conscious and Self Harm, you don’t have an excuse not to really, do you?

Joy Killed The Duke – ‘Would You Still Like Me’