Are you often really, really busy? Is it usually the case where you have somewhere to be and even the process of stopping for a brief moment to simply choose something to listen too will slow you from your path? Are you indecisive in regard to your sonic supplements and spend far too long deciding or do you have your era or genre decided but you still aren’t able to make a decision? Do you simply need something new and exciting for whatever reason?

Well, after that multitude of questions that I can safely say plagues the modern music zealot, Ear Nutrition may have something for you! Enter our collaborative and house Spotify playlists! 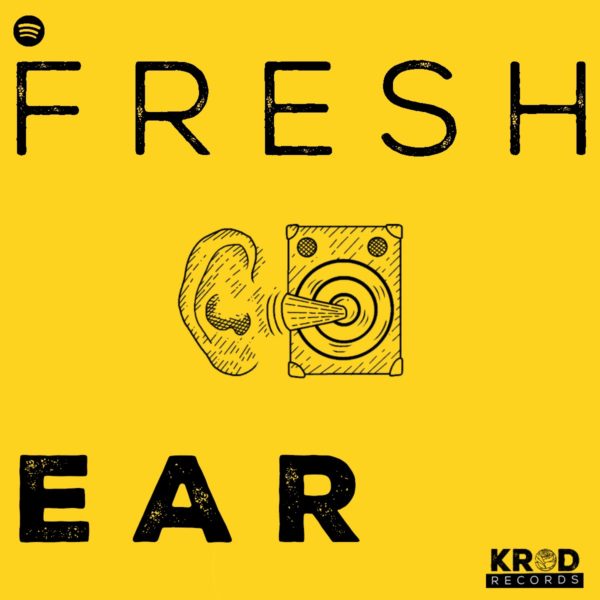 ‘Fresh Ear’ has had many monikers but with the formation of Ear Nutrition off the back of our roots in Musically Fresh and in close ties with European label Krod Records, the playlist in its current form is at it’s best and ever-growing.

‘Fresh Ear’ – ‘Punk, Skate, Rock, Hardcore, Emo and whatever. All you wanted to discover from the UK and beyond’. 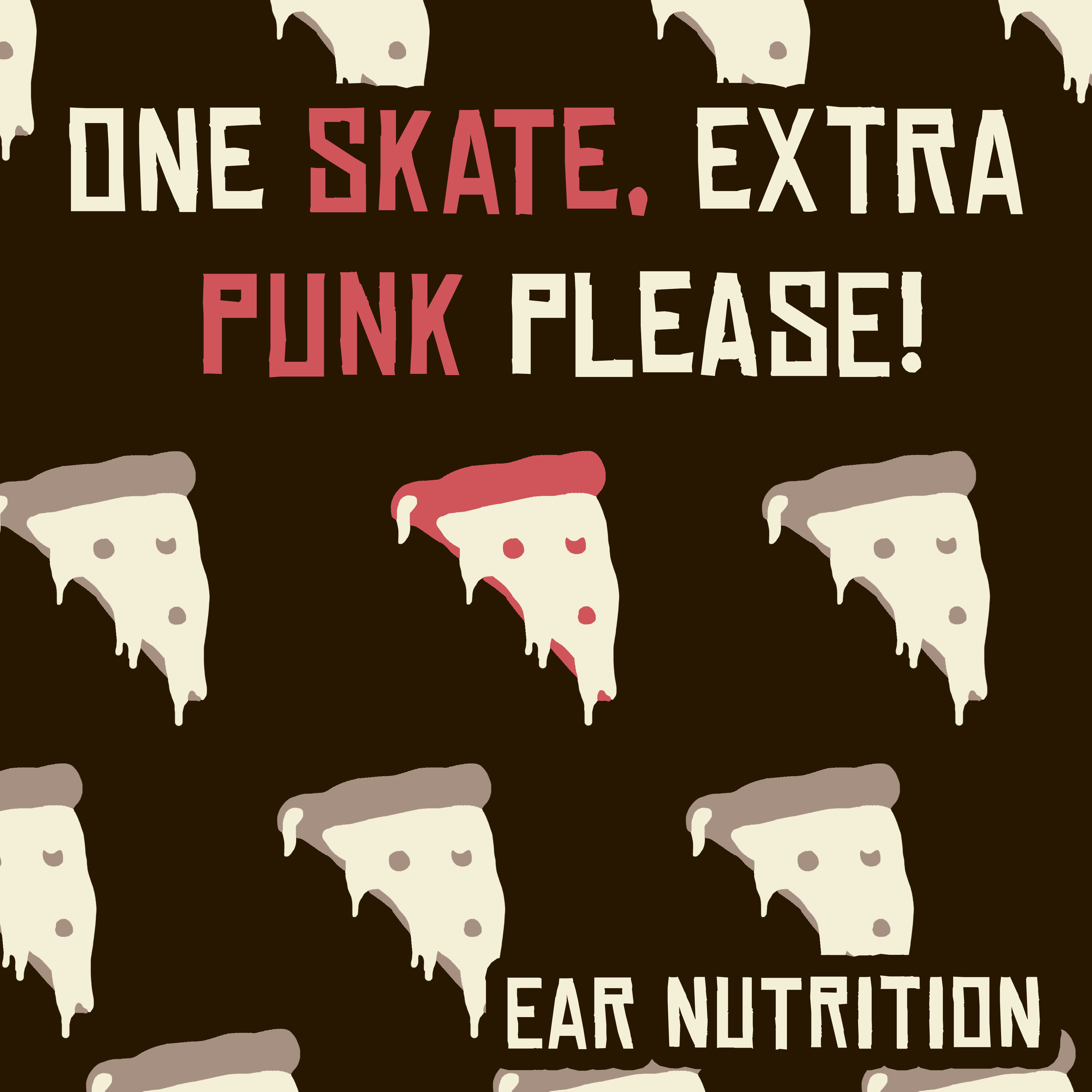 Over the last decade the global Skate Punk scene has been growing exponentially emulating and refreshing the golden age of the genre back in the (for some) fabled 90’s where Pennywise, Lagwagon, Bad Religion, Pulley and a plethora of names ruled the air waves. The bands of the now warp the genre through classic Iron Maiden-like riffs, shredding Thrash and technical stylistics the early Punks could have only dreamed of all the while classically plying this with the fast melodic drive of the 90’s.

Enter ‘One Skate, Extra Punk Please!’, a playlist showcasing – ‘The best in contemporary Skate Punk, with a dash of Melodic Hardcore and pinch of the genre staples!’ 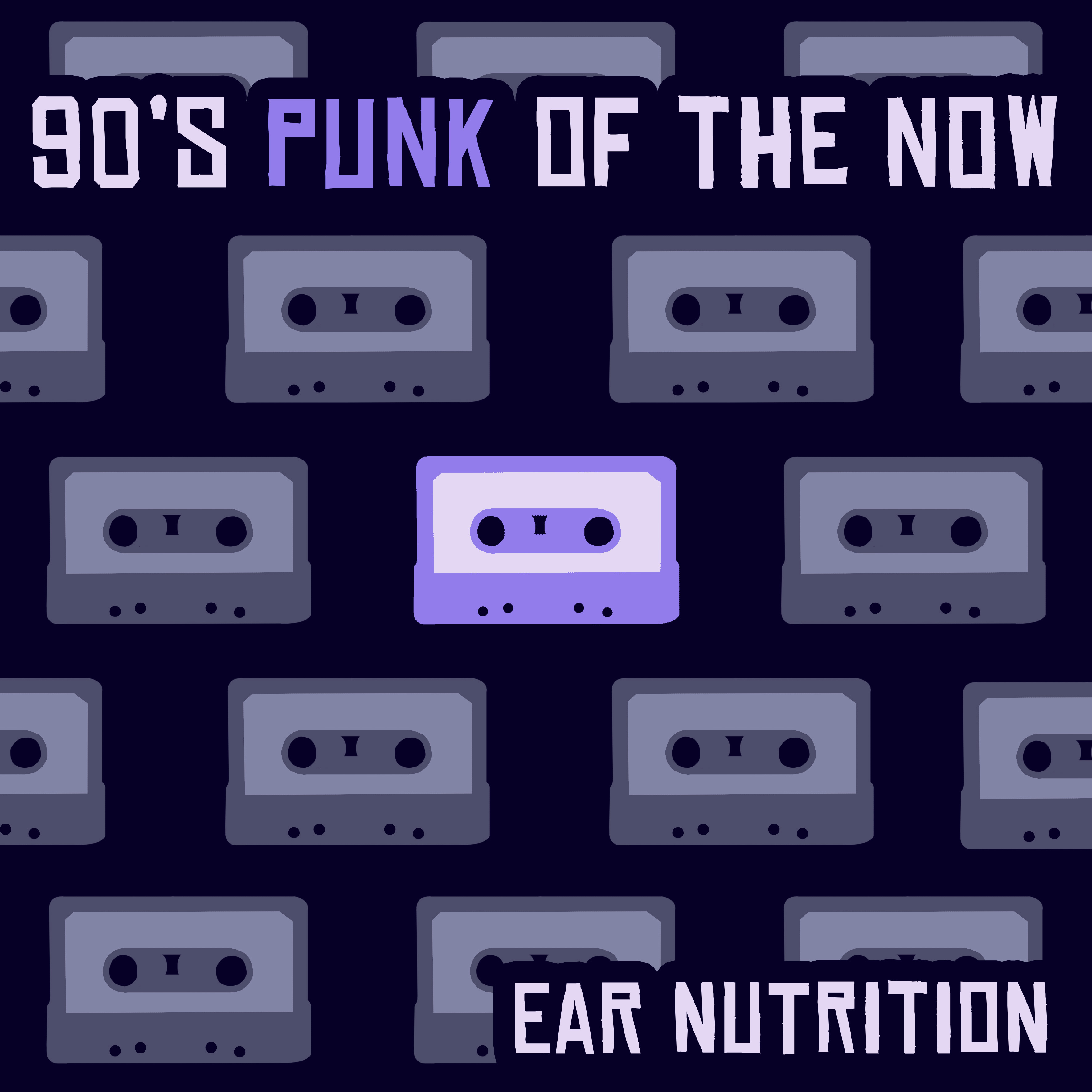 Very much a playlist a partner and companion to ‘One Skate, Extra Punk Please!’, ’90’s Punk Of The Now!’ takes a pinch of Skate Punk alongside a larger penchant for melodic Punk and Pop-Punk bands emulating the fateful 90’s their own way.

These two playlists (I hope) will be an essential for any modern Punk fan, lover, or obsessive as they lend and crossover yet simultaneously explore two ends of this plentiful offshoot of 90’s Punk music. ’90’s Punk Of The Now!’ – ‘A playlist comprised of bands channelling the inspirational golden age of 90’s Punk and Pop-Punk music!’ 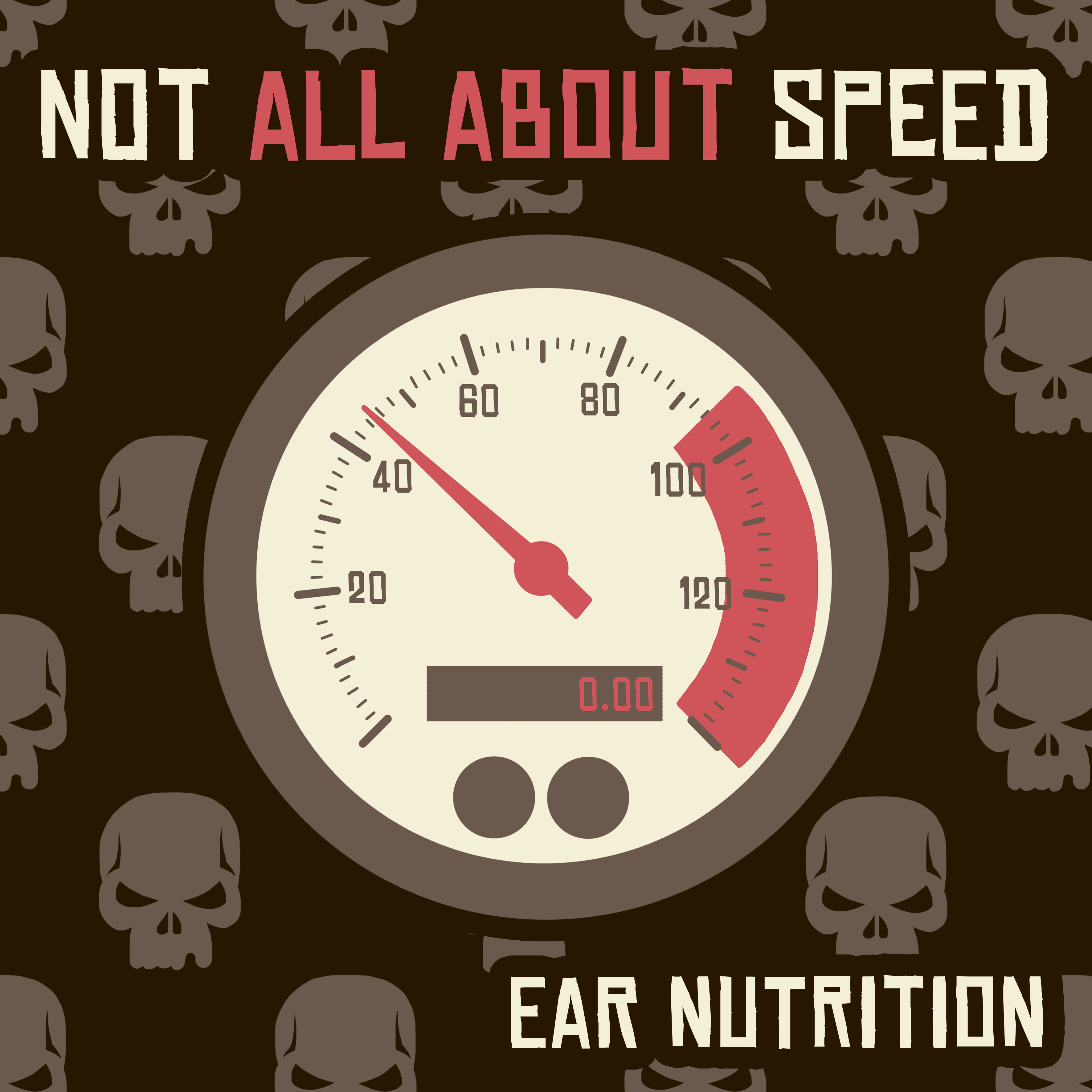 And now for something a little different! Ear Nutrition aims to feature a varied diet of eclectic and diverse guitar-driven music that is not simply limited to breakneck Punk-Rock. ‘Not All About Speed’! is another ever-growing list of bands and tracks ranging from Indie, Grunge, Stoner Rock, mid-tempo Punk, Alternative Rock, Post-Punk and a side of slightly more progressive sounds, just as intense as their adrenalised counterparts.

The lairs of underground Rock and even the more underground variants of what is considered to be relatively “easy listening” or dare I say “mainstream” are incessantly producing talent so here is a playlist with an ethos – ‘Sometimes despite it’s wealth, it’s not all about breakneck speed! So, here is a playlist for bands and tracks owning the mid-to-low tempo!’

Not All About Speed 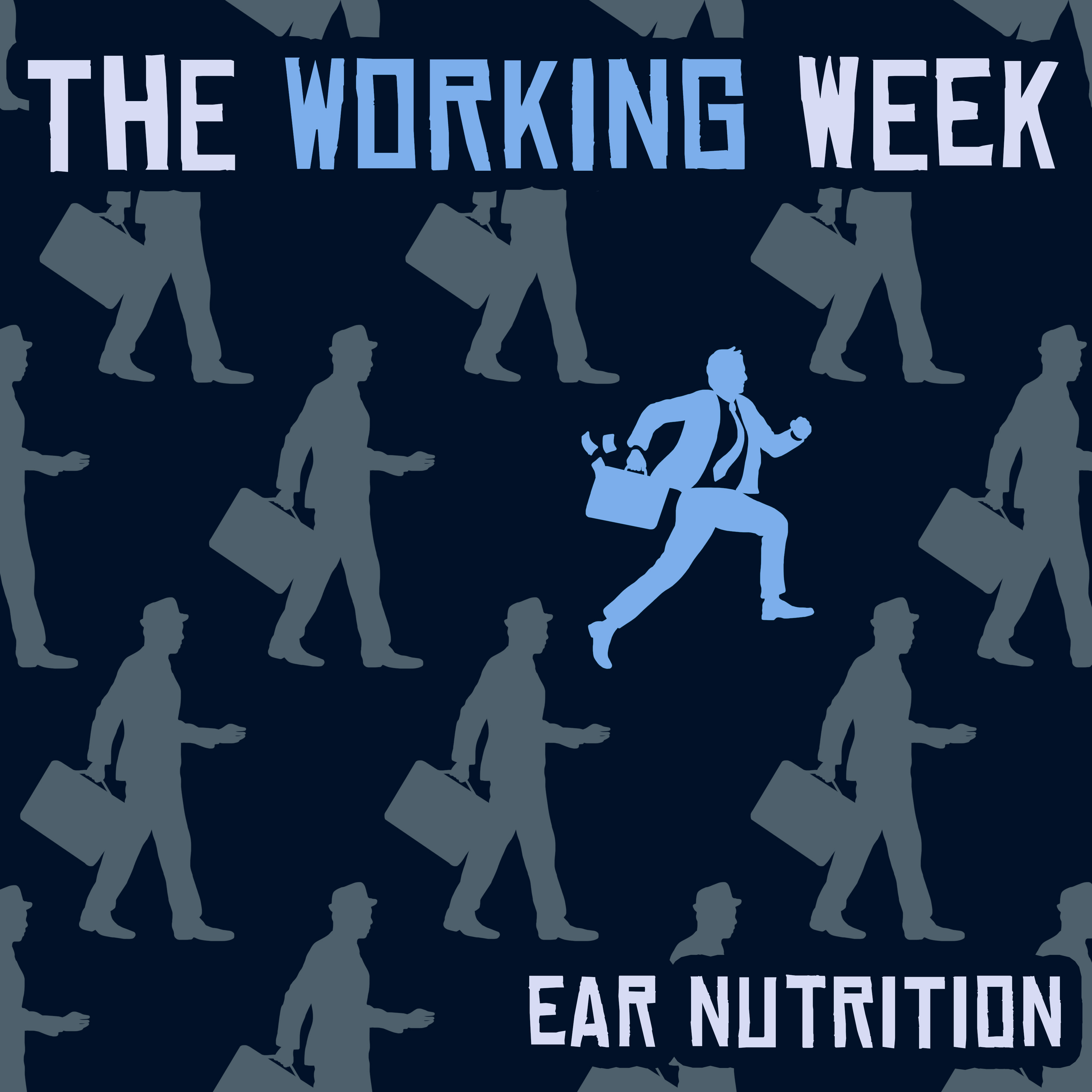 This one is actually an old re-hash of an idea once seen on Musically Fresh way back when I knew even less about what I’m doing than I do now. The working week draws together a list of songs I myself or those I’ve known have often used to blot out the din of the working week and the ever-imposed need we have to “make it in on time” or simply “get shit done” whether we want too or not.

Said composition of tracks is a mixed bag of honest Punk critique and sardonic humour used to cover a serious point as much as it as a list placed in or over-ear to aid with the said unfortunate need to even take part in such. Or, simply – ‘An ever-growing list of songs grouped together in relation to or directly about that week we all don’t like!’ 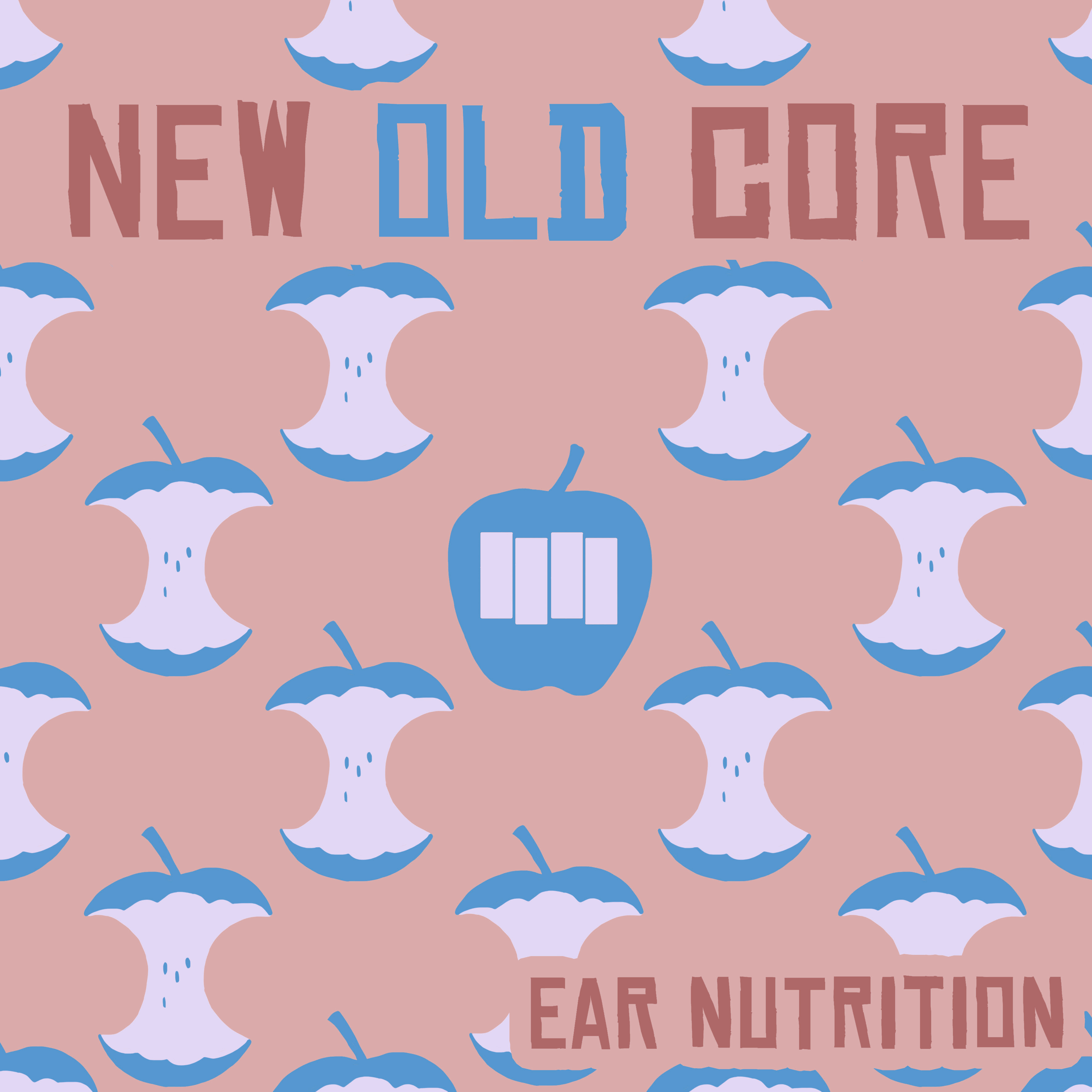 This one doesn’t really need too much of an overt introduction because it is what it is and has the best artwork of the lot in my probably meaningless opinion. ‘New Old Core’ is a playlist filled with bands and tracks that will grow in time much like the other lists but perhaps in the most cathartic and high-octane fashion. This is a playlist showing the strength of the contemporary Hardcore scene with a focus not just on the side of it itself showing tribute the initial genre explosion and the sheer pace it has left us with but the excellence of the modern genre!

‘A playlist of bands and tracks channelling, refreshing and paying homage to the early days of Hardcore Punk-Rock whilst moving forward!’ 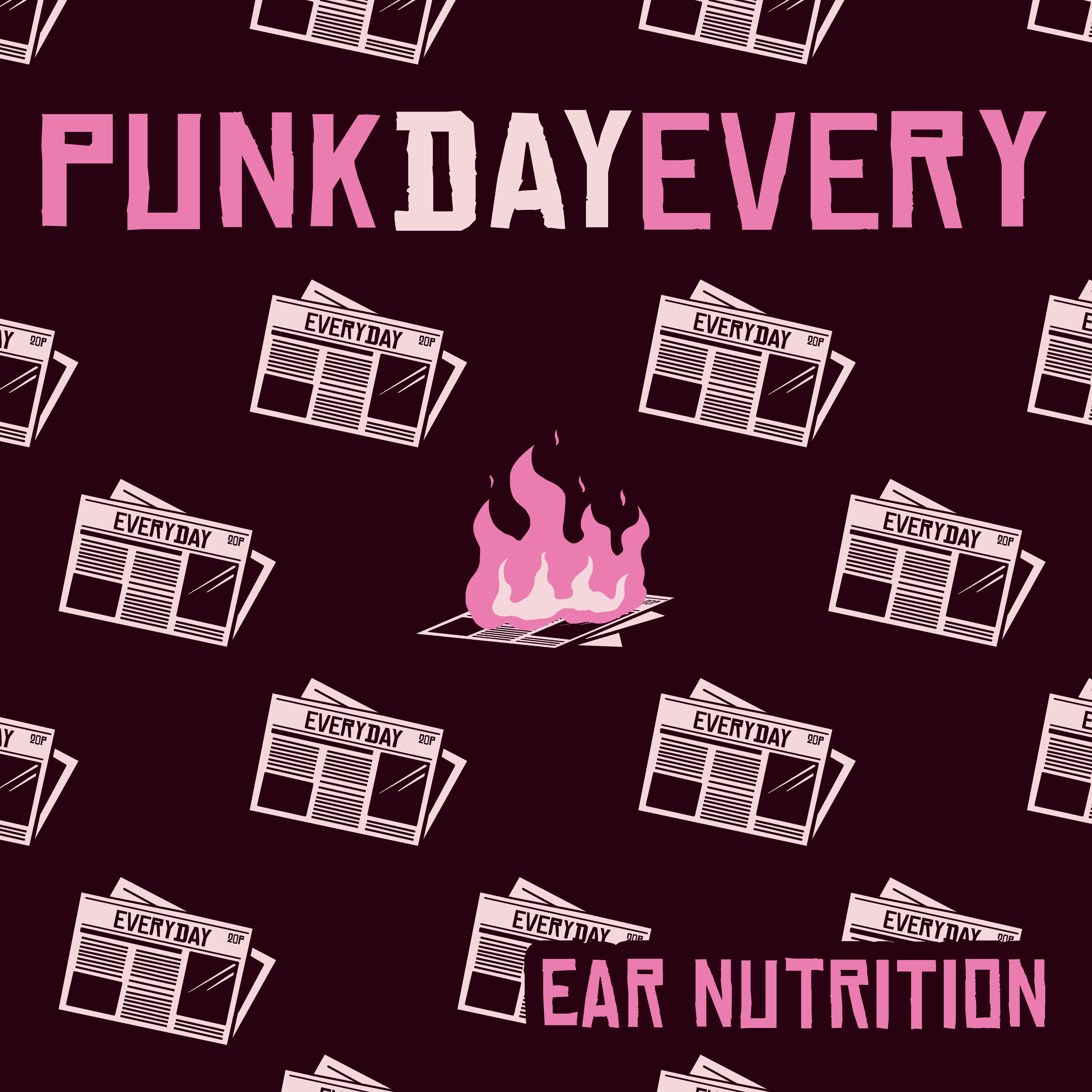 I’m quite proud of this one. With a focus on the faster aspects of Punk in the other three pace-makers above, I wanted to focus on bands and tracks that although sometimes partaking in fast-Punk, sang cathartically about daily life over whatever Punk-rooted beat they wished too. ‘PunkDayEvery’ may include lashings of Skate Punk and 90’s melody but focuses more on the emotive delivery of the modern scene and infusions of the Acoustic, Indie and Alternative Rock wings of a genre ever-growing.

‘A playlist about and inspired by the happenings and feelings of daily life, cathartically expressed by bands playing a mix Indie-Punk, a little Acoustic and a dash of Skate Punk’.