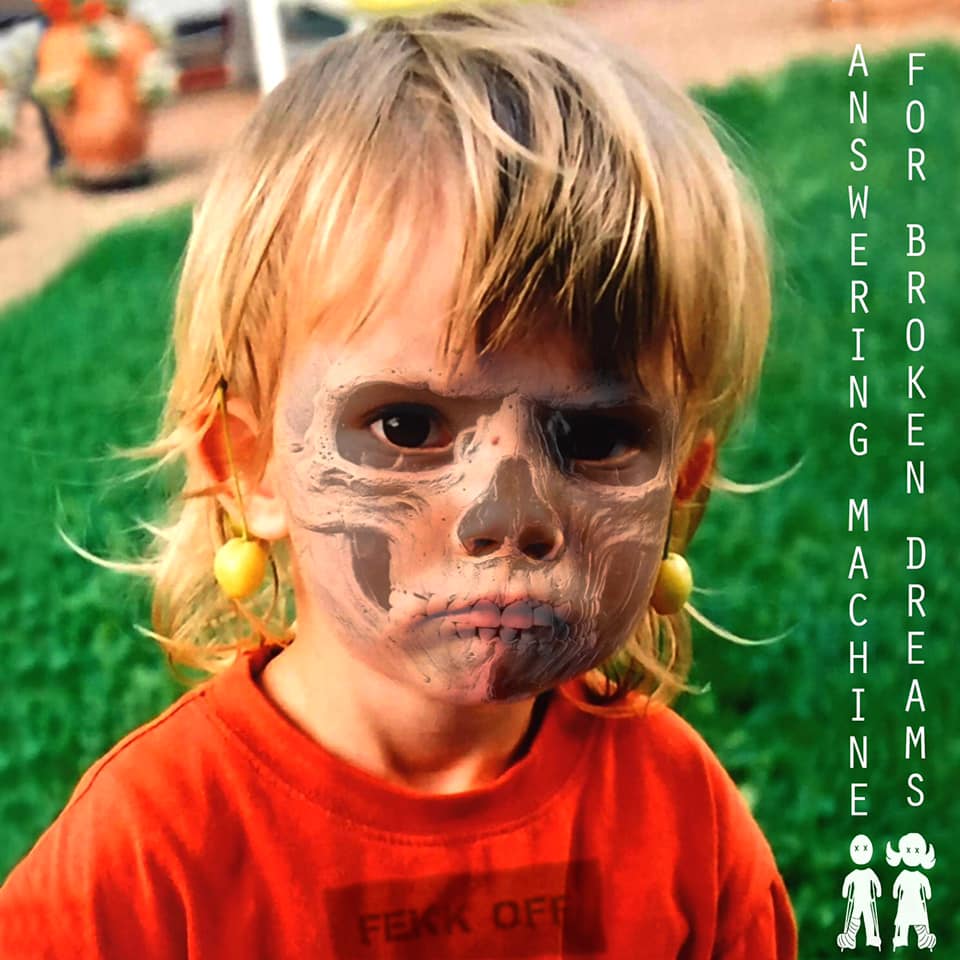 Comminor and Answering Machine For Broken Dreams are characters denoting to a band and album respectively that breathe the musical freedom of Punk music. Was that a cliché statement? Perhaps, but it doesn’t make it any less true.

Firstly a little more about the band themselves. Prior to Answering Machine For Broken Dreams, Comminor boasted a ’90s-centric Skate/Pop-Punk sound laden with idiosyncratic quirks and a consistently-high bpm. This was the case until 2016, where the band would invoke a period of radio silence that was only broken in 2019. The Comminor that emerged in said year did so triumphantly. The band cast infusions into their Punk-sound that saw a string of out-of-the-box influences that near-completely annexed and assimilated their past. Interested? You should be.

This change was orchestrated via a string of progressive singles exploring New Wave, Alt. Rock and other Punk off-shoots that were still the product of the band’s societally-critiquing mind. ‘Party Mes Chers’ boasts the band’s quirks via Alternative Rock rhythms, Indie-Rock playfulness and New Wave, well, weirdness. You also can’t help but hear the accidental or otherwise seminal influence of Fugazi in both the guitar-tone and serious yet unserious delivery. Prove me wrong.

‘The Cure For Bullshit’ was Comminor’s last forerunning single and effortlessly ups the ante into vintage Post-Hardcore. In standing a little closer to their Punk roots, the band embody their energetic former sound. Embody and brilliantly corrupt it. I’ll be the first to admit that this album is difficult listening regarding its flow, but you’d be a fool to take my words as wholly negative. See ‘With This Song We Take Our Last Breath’.

‘L.A I Luv It’ is a sardonic look at the very city, introduced with faint introductory sirens. Comminor unquestionably maintain their intensity but do so evocatively via repurposed idiosyncratic Punk energy. Speaking of which, if not Fugazi, even clearer influence from Swedish seminals Refused is more than present. See the raucous ‘Work Ethics Of A Working Girl’.

‘Radioface’ and its vocal interplay definitively make the band who they are. Musically speaking, again, Comminor are amalgamative and excellent. ‘Radioface’ is exuberant and energetic. The band take the abstract vocals of The B52s and increasingly add weight to them. – ‘We are! We are the weird ones’. You can find a full review of the track – Here.

It’s halfway through the release that the band finally have you at a point where you care little of what happens next. And that, that is exactly where they want you. Drummer “Mackan” is incredibly versatile should be more than commended. This is especially obvious in ‘Sweet Sweet Serendipity’. Comminor cross rumbling Garage Punk with their Skate Punk roots. Yes, you heard that correctly and to say it’s intense, is an understatement. Comminor are a highly skilled band and their time away has done them some immeasurable and exponential good.

‘Peculiar’ is another warped variant of Skate Punk crossed with eventual Melodic Hardcore but threaded with a satisfying Pop-Punk guitar-line. ‘Punk Rock Holiday’ revisits the genre near-entirely but of course, is onset with Comminor-brand New Wave vocals. Find both in our Skate Punk playlist – Here.

‘Kick The Sick’ is tactically upbeat in it’s bouncing, initially Pop-Punk-glazed yet crunching and riffingly-intense Hardcore-spiced Alt.Rock. Tactical how? Well, let’s just say some things need to be discussed. Once again, Comminor utterly transcend genres. ‘My Head Is A Mixtape’ odes to their Skate Punk roots via more chanting Hardcore-appreciation and grounded chord-progressions. ‘Elevator To The Darkest Timeline’ on the other hand is another dual-vocal performance laced with stellar Indie-Punk guitar-work.

This is not a short review, because this is not a short album. In truth, I could go on and analyse this record further. I could, I really could but even then, I couldn’t give it justice. Comminor are a Punk band that are taking the genre on a trip, one that it is likely to never forget.

Comminor – Answering Machine For Broken Dreams. The bus hasn’t left yet, maybe you can catch it.