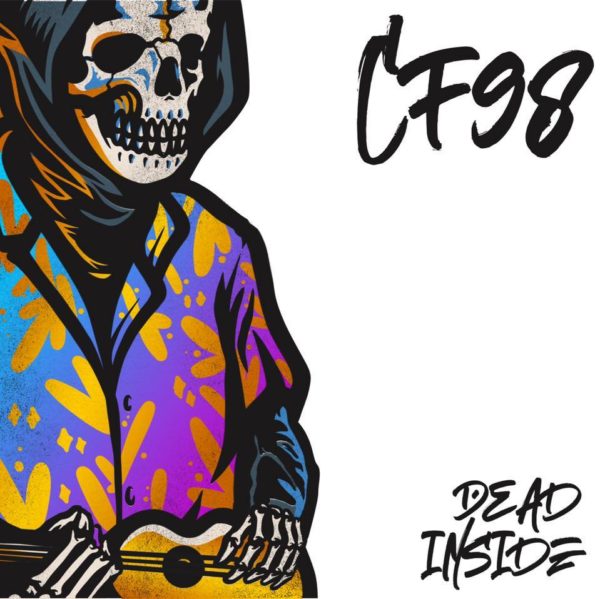 Despite having shows of the live variety axed, the underground music scene has stepped up and the words – “CF98 Unveil Lockdown Video For Dead Inside” are further proof. During this time of uncertainty, music is proving to be the faithful ubiquitous force that it has always been. Those who devote themselves to this art are not only keeping themselves sane but have taken it upon themselves to do the same for those who would normally be front and centre at those sweaty dive bars singing-out their respective hearts and lungs.

Live streams and live Q&A’s you name it, they are happening and it’s more than helping cure the mania. However, for CF98 another medium presented itself, the band have dabbled in the method of the live-stream but it wasn’t enough. In short, they had another idea. Cameras were set to vertical, videos were taken and the quarantine was documented.

Today the band that navigate that sweet-spot between Skate Punk and classic Pop-Punk have released their new single and video ‘Dead Inside’. The 3:25 anthem of contemporary existentialism is set to ’90s-esque melodic Skate Punk refreshed with the now and staring the faces of the band’s friends, family, fans and fellow scene-devotees.

Dead Inside is set to be the next EP from CF98 and will grace our presence in May via one Sound Speed Records. For now though, ‘Dead Inside’ is the forerunner set to keep us busy. Have you ever been curious unto how the band and others are keeping busy? Well, this video is now hereby an educational resource. You never know, you may recognise a few people, possibly including but not limited to, my silly face!

Find all things CF98 and Sound Speed Records below.