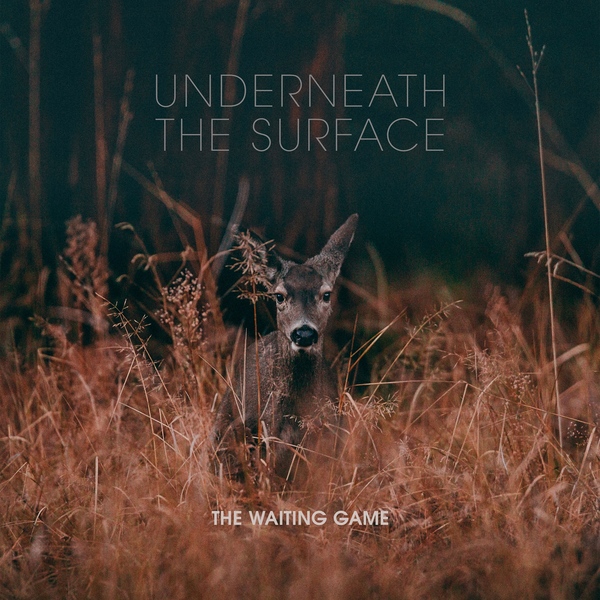 Admittedly I am a little late to the party with this one but with the age-old maxim that music never really dies I feel I am excused. The Waiting Game hail from Belgium and sit as veterans of their local Punk scenes plying their collective experience and amalgamating it into emotive Alt. Rock and Indie-Rock representative of such beginnings with liberal infusions of Punk, Pop-Punk and Emo.

The band’s debut EP Bend Or Break is a must have for fans of the Burnt Tapes and The Menzingers and those channeling Punk-Rock catharsis into emotive mid-paced introspective all-out life-orientated inspiration for the everyday person. Now, four years later, the band have returned with The Waiting Game.

‘Faith’ opens slowly over a gentle ebb of gradually building layers with equally slow sad strings that match the heartache of the blunt words. ‘Just Tonight Not Forever’ is approachable in the vein of Indie-Rock but the jagged, buzzing strings of Punk are present as the track forms into one chock-full of melodic Pop-sensibilities set over the onset Indie-Punk. A slow rumbling bass-line firmly sets the track within classic Punk while (reasonably) crooning Emo eventually merges and but not fully as you can here the juxtaposition and contrast between the harsh vocals the melodic majority. Track two is the meeting point of much of the band’s layered sound. – ‘I wanna see the best in everything’.

‘Getting Older’ changes tone and style quite shockingly over hard Easycore-riffage and more traditional Pop-Punk guitar-lines paired with vocals a union of the more melodic and harsh-gruff the band do so well. ‘Getting Older’ is indeed a contrast but placed early enough in the running order that it isn’t a problem and is very well put-together. This second EP maintains some of the energy of the band’s debut but (mainly) redistributes it towards intensity rather than tempo. ‘Stay’ pushes much of the same with soaring guitar-lines propped-up by cumbersome Alternative Rock and more of the vocal interplay the band again, do so well and it leaves the track maintaining the release as needed.

‘Rearrange’ breaks rank and calls back to the band’s previous pace, the aggression is amped over heavy Punk-fuelled Alt.Rock riffs and an Emo demeanour you can’t fault before seamlessly you’re back listening to Indie-Punk for yet another soaring weightless chorus.

The all-important eponymous track of any release has an enormous amount of pressure and expectation its sonic-shoulders and ‘Underneath The Surface’ is very much up to the task. The Waiting Game maintains a slow thud as although they are at their near heaviest, the perfect contrast of gentle layers, Indie-esque jagged rhythms and multi-faceted vocal-output allow the message of the precarious nature of life decisions to battle itself in an approachable fashion for the beholding ears. This continues as the track edges closer and closer to the cumbersome wall of sound propelled by the stable plod of the drum-kit and multiple layered guitar-lines vital to the immersive nature of this title track and the perfect set up the heavy-set stylistics post-2:35. Find it on one of our house playlists – Here.

‘Sail Away’ revives the pace in its opening verse as The Waiting Game fall back on their Indie-Punk once again, this time with more focus on vintage Pop-Punk melodic leads. ‘Sail Away’ has an addictive pre-chorus that is only supplanted by your now need to be absorbed by its successor chorus. Despite the quotability on offer here, the strength of the first half of the track would be nothing without the excellent threading guitar lines keeping it all together.

This is very much the story until the 1:40 mark where The Waiting Game very cleverly yet still fairly unexpectedly go full-circle back to a ‘Faith’-esque slow-layered ebb as you are played out upon wishes of returning home.

Underneath The Surface is out now via Bearded Punk Records.