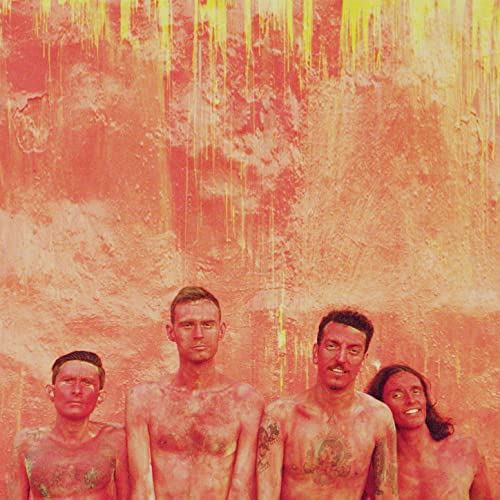 WACO and Human Magic. These words graced the internet back in November and although at the time, I hadn’t the minutes to put words to keys and onto a screen, it was a London Punk debut a long time coming. I don’t normally put timestamps in reviews so-to-speak but as I’m writing this during a period of increased time spent indoors, the ubiquitous nature of music is all the more relevant.

The band’s own-brand of Punk spans the sonic cosmos and is respectively self-dubbed as both “Cosmic Punk” and “Super Rock”. I highly recommend indulging in the band’s 2015 to 2019 back catalogue for those terms to make all the more sense. But, I digress, talk of Human Magic beckons.

WACO tell-tall tales like The Clash and cut them with Punk-attributing ’90s Alt Rock. ‘The Jersey Devil’ is intense as it casts a warped-guitar lead and then solo to contrast the vintage and cutting rhythms. Said electric string’s prowess not only achieves said contrast but is the wild-flailing sentient line that allows WACO to have you hook, its own line and then sinker.

‘Levenshulme Lover’ supplements its choppy Punk with the kind of community aesthetic that gathers around such songs about inward personal thoughts and feelings. WACO perfect the life-Punk sing-a-long, beset with clever lyricism and playful Rock n’ Roll abandon. 2:14 see’s the Punk-Rock subside in favour of a brief key-led ballad and crooning yet-upbeat classic sounds refreshed more than adequately. ‘N15’ opens with further Blues-croons over a subtle beat and groove that conjures some sort of sonically late sixties-escapism. WACO are far beyond just being a Punk band and ‘N15’s and its growing pains are a release highlight. This is notably and particularly so in regard to its additional vocal output.

The eponymous track simply ebbs. The stereotypical jaw-dropping, show-stopping, title-track cliché isn’t present. WACO instead opt to close the first quarter gently, rather with the tried and tested formula. ‘Anthony’ is witty, clever and a number apt to modern socialising. A definition of which you find on your screen no doubt. ‘Anthony’ is a blast of possibly sardonic Punk-Rock but again, is one of the best of this debut. Escapism indeed presents itself in many forms on Human Magic.

From driven crunching Punk-Rock onward to the return of the keys. WACO risk the flow of Human Magic on the surface but within seconds of said thought, you know that its simply not an issue. The four-piece may well shine in their classic British Punk but their exploratory endeavours into heartfelt catharsis outside of the archetypal Punk-box, are resonating and excellent. Punk music is very much that and isn’t simply confined the “rock” suffix of sorts. ‘Daydream’ and the tributary ‘My Brother, We’ll Rise Again’ deviate into further excellence, with said “e-word” become all too easy in the description of WACO.

Because of this regular change in and how the album itself is structured, each track on Human Magic is bolstered in prominence and the overall intensity of the record exponentially increased. Human Magic is true-enough to the band’s own genre moniker. ‘The Valley’ applies the band’s cosmic quirks to their rumbling yet melodic craft and ‘Smalltown Goths’ is an anthem to out-anthem them all. Were you the only Alternative kid in the village? Well, after a quote from The Shawshank Redemption and a jab at our perfectly not-working system, this may well be the song for you via gritty Garage-esque Punk with some of the best guitar-work on the release.

Human Magic is a heartfelt release. That may seem a cliché and throw away statement but it doesn’t make it any less true.  WACO’s debut full-length is about life. It’s sometimes specific and other times its making more of a broad point via varied stylistics but it is intrinsically as thus. I could go on for quite some time and bore you for even-longer than I more than absolutely already have, but I won’t.

WACO and Human Magic are absolutely required listening for the underground UK music scene. Human Magic ends via the poetic spoken-word of ‘Tomorrows Gorgeous Globe’ and a message worth heeding.