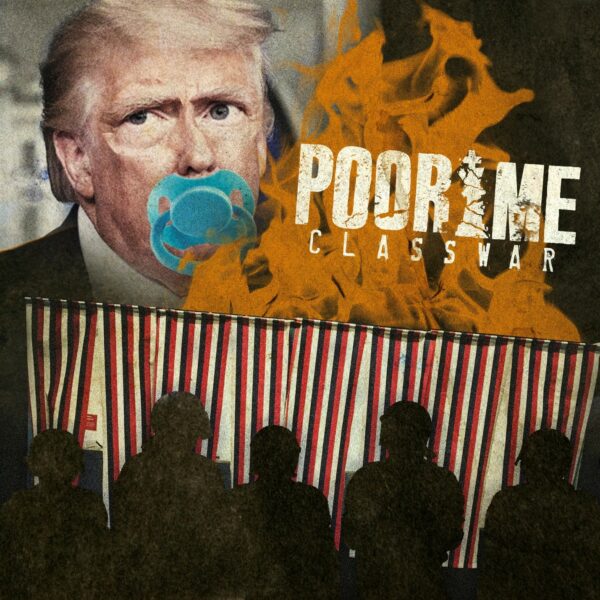 Is it any surprise that the video premiere of Poor Me and ‘Classwar’ are returning and surfacing now? No, I suppose it isn’t. The Denver, Colorado band have never been one to shy away from their beliefs and a critique of all things inward, outward and everywhere. The planet is in chaos and in the band’s United States home, it is no different. In fact, as you are reading this, the US is amidst one of the biggest elections in its history. So, digression aside, this is where the video premiere of Poor Me and ‘Classwar’ enter slap-bang in the middle of this transfixing political period.

But who are Poor Me? Well, to describe them as a politically charged and conviction laden band would be a good start. Poor Me pay attention and write Punk-Rock songs for the people who can see that somethings wrong. Poor Me’s ’90s-esque Punk-Rock reverberates and pits around such a base but with a keen technical flare. The five-piece employ competing tempos and a near-constant contrasting influence from early 2000’s Melodic Hardcore always beset with mature and accessible melodic-sensibilities placed in similarly well-placed and opportune contrasts. I wouldn’t be joining my “job” if I didn’t compare the band’s melodic yet poignantly precise political punches to that of Good Riddance or A Vulture Wake but also cut with the approachability of the likes of Banner Pilot.

But, what of ‘Classwar’ and what of its accompanying video? The latter you will ocularly feast on soon, for now, the sound of this ‘Classwar’ beckons. The band’s 2018 Sugarcane exponentially plied the band’s craft with further forays unto the fringe of both Skate Punk and more prominent Melodic Hardcore and that is where ‘Classwar’ picks up. 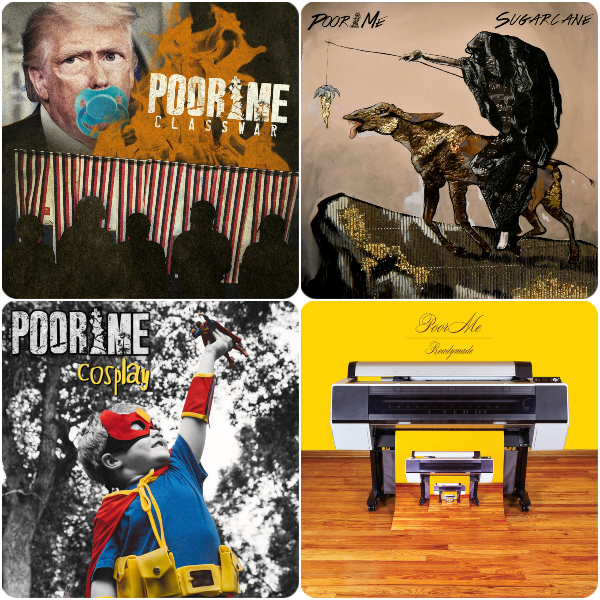 ‘Classwar’ is, to be blunt, the natural progression. Poor Me retain their approachability as a witty sardonic lacquer. ‘Classwar’ tells of a fragmented society. Identity politics is all the band see and yet, they have no chance of escapism in both the virtual and physical worlds. Their venues are either closing, have already or are teetering on the edge of nullification. These are the very spaces and backdrops of discourse and the propagation of culture and are sadly also the backdrop to an ever-worsening class war.

‘I’ve always felt the music community I’ve grown with over the last 20 years plays a significant role in modelling the humanity and inclusion we want for ourselves and others.’ – Brett, Vocals.

‘Classwar’ is the said realisation of a game well-played at the expense of transfixed, coerced and coaxed masses. Poor Me’s time away has seen nothing but inspiration. The band have crafted a captivating “comeback track” and that’s a significant plus in these times. However, this only on the surface. This is Punk-Rock after all. This song, like many, has a deep-rooted, “doubleplusungood” inspiration.

But, enough from me, for today Ear Nutrition is but the vessel. Enjoy the video premiere of Poor Me and ‘Classwar’. For it speaks as many volumes visually as it does via the band’s sadly topical on-point lyricism.