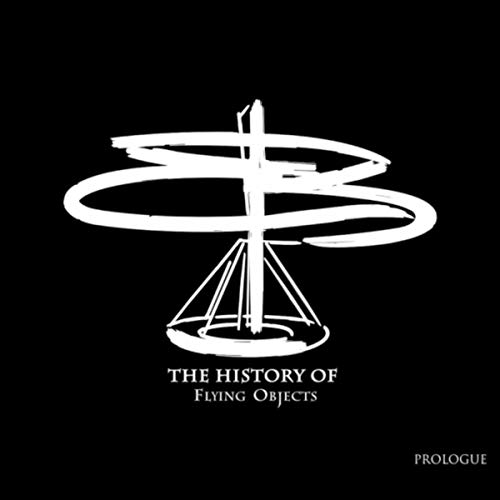 Now, I’m not saying this is a now a bonafide genre but the best way to – on the surface at least – understand the likes of this Montreal four-piece would be Post-Metalcore. Metalcore being the genre that simultaneously produced both stylistically impressive and cookie-cutter cliches ten fold in the early 2000’s. That’s not to say that this would be the entire sound of The History Of Flying Objects but it’s a good start.

A start that to use the term again, this time in a affirmative stance, is bonafide (within context) after the dulcet intro of ‘Modern Empire’. The track then proceeds to explode into cathartic and visceral Metallic Hardcore, with the foreboding Metalcore tone waiting in the wings. The band capture the relentless nature of Metal-riffs with a level of craftsmanship often seen in Punk and Hardcore in that the precision of the former is enriched by the latter two’s own variant of such supplemented with rough-cut tendencies. This then culminates beyond the aggression for Post-Hardcore verses and juxtaposing melodic vocals. THOFO wish not to be bogged down in one genre.

‘The Cause’ stands somewhere between early 2000’s melodic Metalcore and Post-Hardcore in it’s intro before relatively standardised but not overtly gratuitous Metal riffs populate a verse that leads into a chorus indicative of the influence left behind by bands such as Still Remains. This band will divide fans on what aspects of their sound are most enjoyed. Many will focus on the hard, technically proficient riffage while others will enjoy the emotive layered Post-Hardcore melodies and choruses. ‘The Cause’ is a balancing track.

The influence of Punk and Hardcore is both as obvious as it isn’t. A listener of majoritively Metal or Metalcore will likely miss the subtleties on offer here. Those well-versed in both Punk and Metal will naturally after few verses begin to hear the aesthetic the band are embodying from the former of the schools of sonics, that being the lack of overtly gratuitous statements of “the metal”. ‘The Cure’ is very much the track best offering this. The Metal isn’t just Metal, the Post-Hardcore isn’t just thus and the Hardcore is welcoming all.

With the groove of Stoner Metal and the drumbeat of Hardcore, ‘National Landscaping In The 21st Century’ begins engagingly and convulsion inducing. The band’s penchant and inspiration for Hardcore is clearer here but whenever it takes enough hold to propel them further into a more recognisable Hardcore Punk trail, THOFO convolute this mix by heading too far into metallic rumbling that although satisfying, is to be blunt, a little in the way. The melodic soaring guitar leads return aided by the withdrawn melodic vocals but overall, this middling track is very much simply that, notwithstanding The History Of Flying Objects’s technical skill that is, nor the excellent closing minute. When I described this band as opinion dividing, I meant it, down to the smallest ambitious detail.

‘Are We Connected?’ much like each track on this debut EP, opens very strongly. Metallic Hardcore predominantly reigns 60/40 towards “the metal” and I have to say is rather enjoyable. From 1:13 to 1:26 the four-piece show off an excellent Post-Hardcore-led refrain before typical but by no means (within context) unwelcome classic Metalcore riffage breaks up a track heading for the token melodic chorus. ‘Are We Connected?’ ends as well as it came in and leans perfectly to the closing and ominously toned ‘Drones’.

Up until its well placed albeit unexpected and significantly calmer instrumental refrain, the band are perhaps at their most traditional and recognisable if the “how metal \m/” scale was positioned parallel to where the magic happens. As said refrain ebbs to a close, dramatic, soaring guitar tones allow you drift away from an EP that is certainly different but wholeheartedly proud of that fact.