It’s been a long road full of diversion but The Last Mile and Respect The Frequency are soon to arrive via Rad Girlfriend Records of Ohio in the US. The Montreal, Québec based band that initially started as a solo project and then morphed into a shifting three-piece, have been traversing Punk, Hardcore and Post-Hardcore at intervals and hybridisations of their choice for quite some time now. The band previous 7″, entitled II, was released in 2020 and you can it find – Here.

Respect The Frequency, then. Shall we?

The band’s fluidity across the Punk spectrum was seamless on II and eluded much of what was to come. ‘Skyline’ yearns for home and yet accepts how it invariably changes and alters. Track one favours the inroads into Skate Punk that occupied the previous release and despite a comparatively more melodic and soaring sound, the band maintain their foundational bite. One that is energetically charged by Josh as Stephanie’s bass keeps the soaring leads in check. This is the structure that permeates Respect The Frequency. The band have evolved.

‘Bloodlines’ follows with a sample pertaining to unity. Two then subsides into a down-tempo melodic Punk laced with the legacy of both ’80s Post-Hardcore and the “Gainesville” epoch so influential since. ‘Bloodlines’ is layered with these stylistic nods as the robust rhythm section charts the progression from Punk-Rock to Alternative Rock with ease.

Lyrically, ‘Bloodlines’ takes a poignant, aggressive but rounded and intelligent look at misinformation and hate and yet another Punk song sadly indicative of the mess that is global society.

Cast your mind back to Rites Of Spring, Fugazi and Dag Nasty. Now, apply their contemporary progress to latter-timeline Skate Punk and the aggression of the band’s previous release and ‘Heaven’ is the product. The Last Mile’s erratic, persistent yet precise guitar-layering symbiotically runs with an aggravated yet refined and powerful Post-Hardcore rhythm section equating the disjointed catharsis of the lyrics and split vocal duties.

The Last Mile have enlisted some friends for Respect The Frequency and although the escapism of ‘John Ellwood Taylor’ does rescind from the accumulating aggression, its layered Post-Hardcore-legacy, bolstered with this assistance, marks a defiant existential highlight. ‘Better World’ persists in this deviation as The Last Mile continue their traversal of Punk’s sonic story. The band’s maturity is unabated and this push toward a down-tempo yet driven display is not only a sign of it but of a resoundingly comfortable, natural band. That said, there are clever hints laced throughout these “easier” tracks. From 2:21 until the end of ‘Better World’, the band’s quickfire, subtle but raw segue into their latent grit is one such tease. 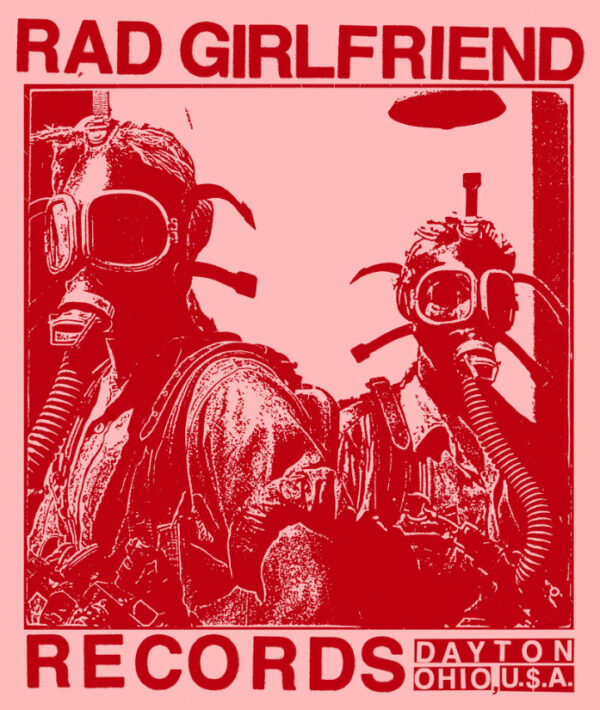 ‘SCCS’ cleverly pushes the eerie and melodic guitar lines that pervade the band’s work but then falls into a positive anthem of personal unity, easily applied externally. Pair that with an exuberant Saxophone equating this happiness to the very facial contortion that this song is comprised of, exudes and entices and you have yet another highpoint, albeit a surprising one on an album with intelligently placed variety.

‘Angry Man’ was the second single from Respect The Frequency. Track seven is purely introspective to a soaring and buoyant ’90s Punk embued with the idiosyncrasies of the Montreal three-piece. ‘Angry Man’ is not only charged with a light but exuberant bounce but its interchangeable intensity and chord progression match the emotional conviction to a precisely etched “T”. ‘Angry Man’ also boasts the best of the guitar leads record-wide.

Despite hailing from a country and specific region therein so unequivocally tied to complexity when it comes to Skate Punk, The Last Mile opt to take a refreshingly old-school approach. On tracks such as ‘Dedicated To’ this is the case both purely and in proto-forms of the genre. ‘Dedicated To’ in some ways, echoes the groundwork laid by the Adolescents but that may just be me. ‘Nice Knowing You’ then finally returns to the Skate and Melodic Hardcore crossover of the previous release. Though this can be seen as a negative “finally”, due to the sheer emphatic quality on Respect The Frequency, it’s easier to both forgive and equate any criticism with the praise present elsewhere. This is just my opinion. Either way, ‘Nice Knowing You’ is another coveting the in-album top spot.

‘Toujours Seule’ (Always Alone) is another blast of personal, melodic yet frantic and evocative Punk dwelling in the hindsight-lit past as Respect The Frequency comes to a close. Respect The Frequency despite deviation and in some ways a juxtaposing trajectory compared to previous work, is resoundingly comfortable and coalescent by definition. You can tune into any of the eleven tracks on this album and be forgiven for assuming that whatever nuanced stylistic playing is the band’s majority.

The Last Mile have crafted an album true to where they are now and it ends with an urging to not barricade the truth on ‘The Last Call’. Which, is a poignant and barebones enough representation of a band that indisputably cares whilst simultaneously displaying their hearts proudly on their honesty woven sleeves.

The Last Mile and Respect The Frequency will be released into the world on the 29th of October via Rad Girlfriend Records in North America and will be available in the UK and Europe soon.