Another quick one today with the video premiere of The Last Mile and ‘Dedicated To’.

Currently on a continental European tour, the ever-shifting and sonically amorphous Melodic Punk-Rock and Post-Hardcore conglomerate known as The Last Mile, are today releasing a video for their tributary track, ‘Dedicated To’. Taken from their latest Rad Girlfriend Records-backed full-length, Respect The Frequency, ‘Dedicated To’ is the second video from the 2021 release. Remember that year? I do. *shudder*.

On an album true to said amorphous blend of Melodic Punk-Rock, ‘Dedicated To’ boasts an uptempo and charged Skate Punk-centric blast, one written in commemoration of a musician key to the band’s existence and to that of a likely untold many. That musician is one Grant Hart and ‘Dedicated To’ not only in its own fashion tributes to this person but also to those who had an influence on the Hüsker Dü and Nova Mob underpin. Here are some words from The Last Mile’s own underpin (citation needed, we all know its Stephanie) Chris Snelgrove:

‘Dedicated To is the second video from The Last Miles’s ‘Respect The Frequency’ released last October. The song was written the day Grant Hart died and is a homage to the artists and contemporaries who have had an influence on them. The song is a collection of song titles and lyrics from each artist. The video was assembled by Lucas Harrison Rupnik.’

And so, the video premiere of The Last Mile and ‘Dedicated To’.

The Last Mile will soon have something new for you all, in the meantime, below you can find my thoughts on Respect The Frequency and everything you need on both the band and Rad Girlfriend Records, as well as the remaining tour dates below. 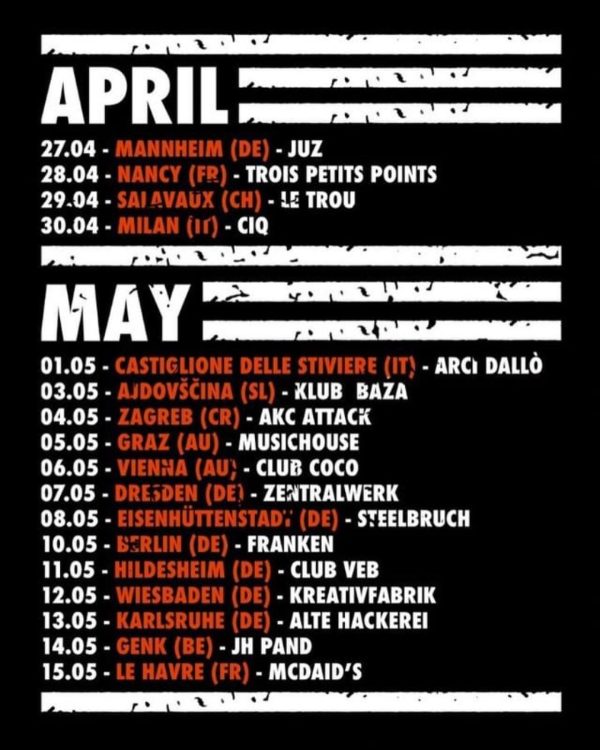