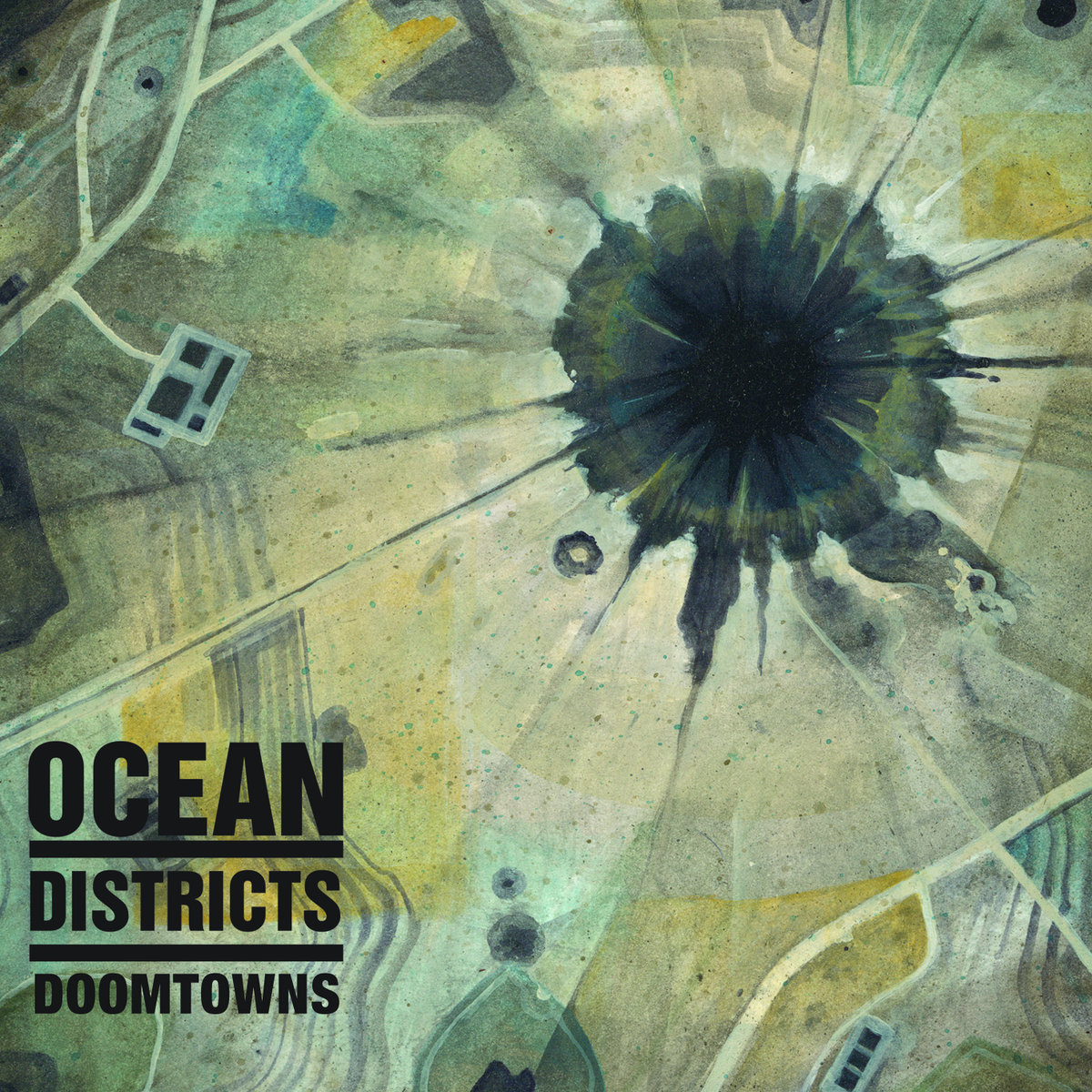 Through some sonic research within the ever-demanding need for new music, “gateway bands” and more often than not, good old fashioned word of mouth, you will discover a thriving scene where Instrumental music truly reigns. It is here you will find Post-Rock and Post-Metal expansively creating imagery through skilled and dramatic stylistics often just as applicable as a soundtrack to gaming and reading as they are thus to introspective looks into whatever is on your mind or even in assistance towards simply excusing yourself from it all for a time.

Ocean Districts hail from Tallinn in the baltic state of Estonia and in the manner of bands such as PSOTY (Pet Slimmers Of The Year), If These Trees Could Talk, ISIS and Oceansize, culminate a love of both Post-Rock and Post-Metal into a hybridised style more than open to the varying stages Rock and Metal took to get to these immersive and illustrative forms of sonic-art.

To date, the 2014 Expeditions and the more recent 2018 Doomtowns have seen the band meld elements of more traditional Metal, Math Rock, Alternative Rock and Post-Hardcore into their amalgamative Post-Rock and Metal sound to varying degrees.

As much as the above may well pique many an interest, the band have yet more idiosyncrasies. Typically, although not universally, music such as what Ocean Districts (seemingly) effortlessly create is traditionally associated with gratuitous song length. Said tracks are often multifaceted to varying levels of intensity and dramatic instrumentation, taking the listener on quite the journey. Ocean Districts manage this very trait through songs ranging from 1:23 to 6:31 and it is nothing short of impressive.

Tracks such as the visceral and driven Post-Hardcore Punk of ‘Endurance’ echo a Post-Rock and Post-Metal foundation but sees the band brilliantly taking it somewhere else almost entirely via intense fury.

The 2004 Expeditions is an album more than worth repeated listens but in the bands latest, the grimly titled Doomtowns, Ocean Districts improve on a formula already at the time of release seemingly not in need of such. The band open with ‘Doom Town’ setting the scene for a release themed around nuclear testing conducted by the US and former USSR between 1945 and the early 1990’s around the world but primarily focussed numerically in the US, where fake towns were contracted to test the effect of such theoretical attacks on the local environment and importantly, the people. The lasting effect is still not entirely known and ‘Doom Town’ introduces the full-weight of this issue excellently via harrowingly melodic and weighted stripped down classic Post-Metal.

The influence from Post-Hardcore is paramount to the band’s sound and is particularly seen in much of the guitar-work in the far more cumbersome sections, contrasting the sometimes Math-edged Post-Rock fluttering between onslaughts. See ‘The Trinity Gadget’ and the excellence of ‘Survival City’. The band’s music as you would expect from Post-Rock contains more than one sample of relevant audio from their instrumental discussion point and it really only adds to the again harrowing topic.

DoomTowns was written over four-year period that included a hiatus as well as member changes; all of this has seemingly only assisted in how attention annexing this band are.

For the track ‘Funeral Parade’ – which itself not only expertly culminates the band’s three-pronged Post-Rock, Post-Metal and Post-Hardcore sound – the band also released a video in March of this year which is a must-have accompaniment to the concept release that is DoomTowns.

Ocean Districts are crucial to anyone who has an interest in instrumental and progressive music.