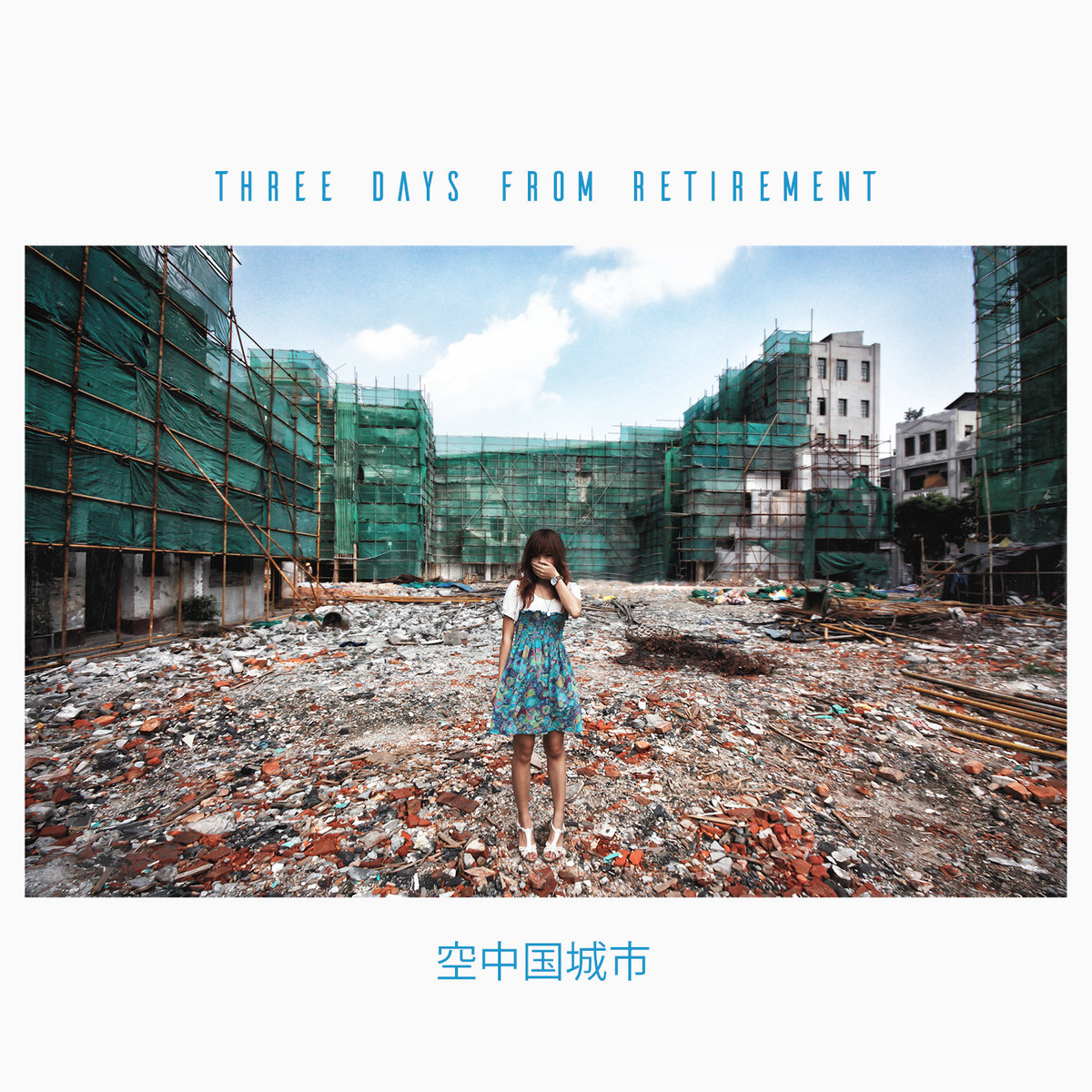 Introducing Three Days From Retirement is something perhaps easiest after a little context via in-band inspiration. The band, like many in the scene, are somewhat elusive but again, like most in the scene, wear their influences on their sleeves. TDFR cite the likes of Mogwai, Russian Circles, God Is An Astronaut and This Will Destroy You and for those already indulgent in the Post-Rock and Instrumental music scene, you should now well have an idea onto what the band offer.

For those perhaps on the periphery or actively seeking a foray into this artful medium, Edinburgh‘s Three Days From Retirement could well be there to take point. The band’s storytelling and calming all-encompassing yet dramatically charged Instrumental Rock stretches back to 2014. However, it is indeed difficult to hone in on that one example that displays their craft in its entirety.

The band’s Post-Rock adheres towards the middleweight of the genre. Three Day From Retirement are heavy and intense yet also aerodynamically glide towards a flirtation with the twinkly and youthfully-exuberant realm of Math-Rock. Crucially, however, they don’t stray too far and imbalance their weighted-intensity with too much soaring melody. In fact, fans of If These Trees Could Talk may well admire the manner in which TDFR near the straddling point of Post-Metal and then bound over gradually. Crucially, however, they still remain with yet one foot on the Post-Rock side of the fence. To be blunt, the band’s back-catalogue is required listening. See below.

As with the majority of their work, the band’s most recent epic was released via Infinite Hive Music. Empty Chinese Cities is stark in its contrast within seconds of the tributary ‘Mandy’. The soaring Math-Rock is now far more fitting and intrinsic to the band’s repertoire. This facet is only aided by the increased clarity and production quality and leaves it utterly immersive beyond that of any of their other work. This new level of immersion isn’t simply confined to ‘Mandy’ however.

Three Days From Retirement have found their comfortability. Empty Chinese Cities effortlessly matches the monikers of its tracks in the conjuring of images and moods. The eponymous second track expectedly marks a high-point on a release were vertical prowess is never an issue. ‘Empty Chinese Cities’ builds through delicate layers of mathy-Post-Rock, exploding from its confines cathartically only where necessary. The track is the archetype of the genre’s slow, progressive ebb towards an emotive release. Three Days From Retirement aren’t a Post-Metal band, but I’d be wrong not to emphasize the aesthetic of the genre’s presence.

Tracks such as ‘Clare and Her Secret Life Of Daydreams’ gently push boundaries by progressively including layers borrowed from genres you may not have expected. Folk-esque guitars and noticeably faster tempos exist plainly and symbiotically with the high-pitched, altitude-junkie lines and melodies the band so effortlessly produce. It is in tracks such as this third on Empty Chinese Cities, that the band’s stylised build towards an explosive and all-encompassing end game shows how exponentially the band have grown. The dreams of Clare reach their climax between 5:35 and then ebb away behind reality once again.

One strength that Three Days From Retirement have is the unambiguously effortless ability they have to not only genre-cross and enrich their Post-Rock but to do so in a manner that effectively suggests that they have far more feet over far more fences than was initially realised. The aforementioned track nods slyly towards Post-Hardcore, while the closing ‘Mr. John’s Keytar Will Create Waves Of Joy’ takes this off-shoot of Punk and infuses it further.

Alas, that’s all for Introducing Three Days From Retirement. I’d be here for days if I was to describe the band and more importantly, their 2019 release wholly. I will choose to spare you that tedium in favour of your own euphoric immersion.

Find the band and the genre-fluid Infinite Hive Music below: