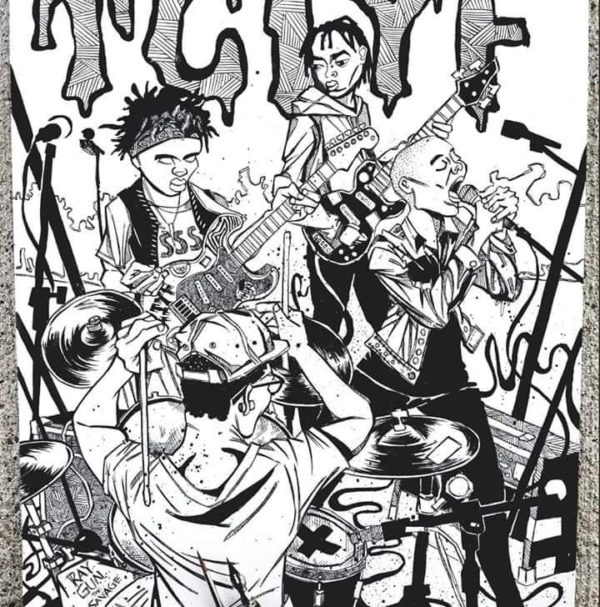 With 99% of Ear Nutrition articles deriving from requests, scribbling pieces on bands I have discovered myself is rare these days. Introducing: TCIYF is a move to dispel that trend, or rather put a notable dent within it. The Soweto-based South African four-piece are a band that reinvigorate the early days of Punk and Hardcore via an occasional penchant for Thrash and its symbiotic nature to infuse itself within the punk-a-sphere. And no, you cannot use that description. It’s mine.

I jest. Go nuts. But yes, introducing TCIYF. Conjure images of sweaty late ’70s and early ’80s Punk-clubs tucked away either amongst sprawling metropoles or shoved down a dimly lit alleyway across the road from dilapidated beach-side Skate Parks. Now, match this with the early days Black Flag, Bad Brains, the latter-timeline OFF!, Spider and Cerebral Ballzy and apply a cathartic nihilistic lacquer and a layer of distorted noise and you have TCIYF.

Despite diversification, Punk music is still an escape and indeed a coping mechanism against the backdrop of modern life. This can be found in a plethora of variety but in the case of TCIYF, it learns from the past. With this in mind and through simply meeting and gelling as people, TCIYF’s variant became a discordant mass of vintage Thrash-infused, Punk and Hardcore.

The band have been slogging it out since 2010, but have been chucking-out disdain-rich and obnoxiously-addictive Punk more so since 2019. ‘Hells Gate’ refreshes the charming grit of OG Punk-Rock with the rhythmic plod that would be doubled-down on later. TCIYF sing of running from cops, skating, fighting, drinking and dispelling stereotypes. ‘Fatherless Kids’ reverberates via sharp cycling rhythms that are heavy-set and chaotic as they show the band’s appreciation for Thrash. ‘Fatherless Kids’ attacks the stereotypes attributed to their community through a ferocity born from daily experiences. TCIYF are determined to not only enjoy themselves but make a point while doing it.

TCIYF are their own escapism and on tracks such as the doom-toned Thrashcore of ‘Bad Weed’ that is the only goal. The track is one of the band’s best via its sharp distorted riffs, frantically-grooved rhythm section and ubiquitously snarling vocals. The band’s 2019 EP, CUMLYF, is a must-listen prior to release date of whatever the band have cooking. TCIYF’s craft is rife with the indispensable and apparently limitless energy of early Punk and Hardcore. The band then supplement this with their clear homework into the time where Punk was laying down so many blueprints. ‘Super Granny’ crashes through 0:52 in an orgy of proto-Skate Punk and Melodic Hardcore while an early onset blues-toned Post-Hardcore forebodingly owns ‘Gin & Fights’. 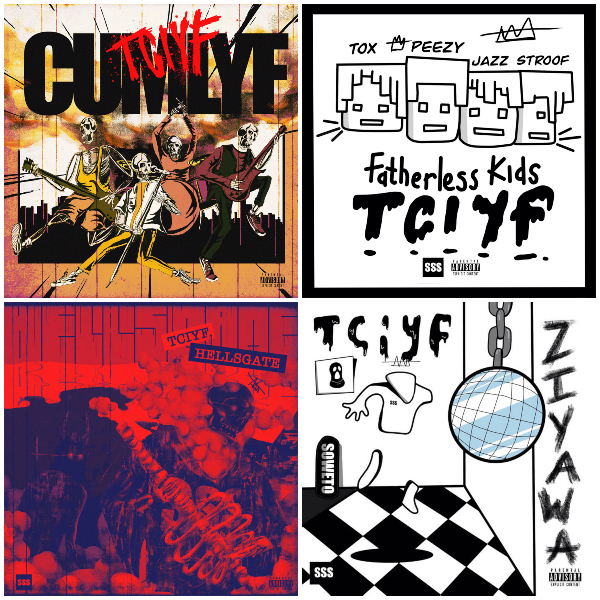 ‘Fatherless Kids’ is appealing beyond its heavy distortions and increasingly so due to TCIYF’s witty and sardonic humour. The band have embodied their youthful and rebellious exuberance throughout their music to date but here, it meets their ingrained desire to question and deconstruct their surroundings. Despite the band’s often sharp digressions from one stylistic to another through tempo and often spasmodic time-signatures, one thing is unambiguously present throughout. This Soweto three-piece have an energy that cannot in any way be overstated.

Well, that was my attempt at introducing TCIYF. Over to you.