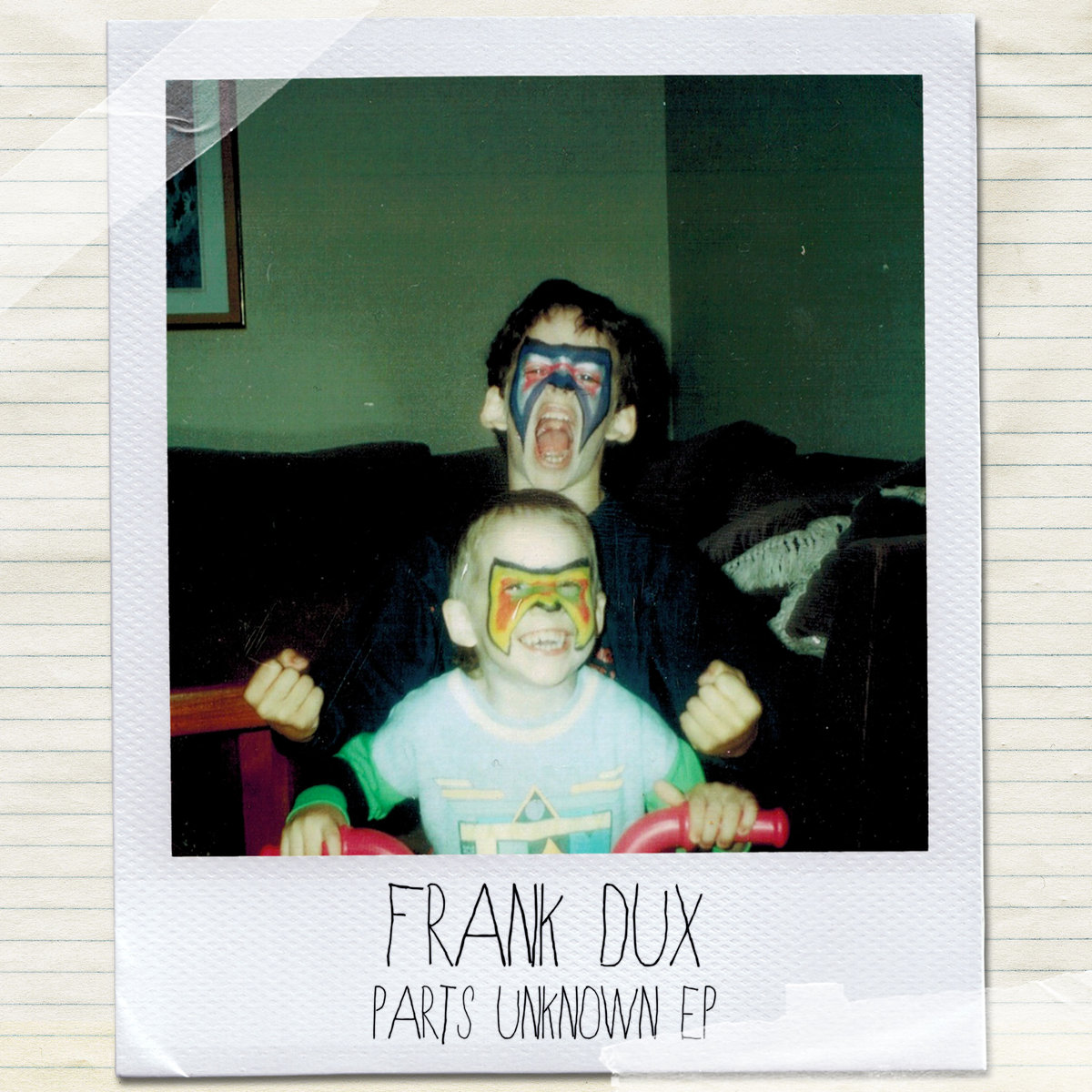 Now I’d rather have this Cambridge that my own (I’m English) but there we go. THIS Cambridge is in Canada and boasts a band by the name of Frank Dux, a band who clearly rather enjoyed and continue to enjoy the world and stylistic of 90’s Punk music.

The band’s third release and first numerically significant, the EP entitled, Parts Unknown, was released in October 2017 and very much attempts to encapsulate the now world-famous stylistic that birthed so many great bands, albums and tracks.

‘All About The Greens’ is very much inline with the Skate Punk many of us fell in love with. Vocals breathe melodic 90’s Punk with enough Pop-Punk influence to balance the sharp and lightly shredded guitars first seen via the opening, classic memorable mini-riff. Said shredding is very much reminiscing to the forays into such that bands such as Strung Out started to make back in the day, but in a manner appealing to the comparative ultra-shreds of the modern day. With it’s soaring melodic chorus, the band capture the 90’s and contrast their harder penchant in a way itself likened to the excellent Filthy Hearts from Denver, Colorado.

Upbeat and vintage at the sweet spot between Skate Punk and Pop-Punk, ‘F.A.F’ is excellent with drummer Chris maintaining an impressive pace with lightening quick drum fills flawlessly executed. ‘F.A.F’ is the pure epitome of this facet of Punk-Rock.

‘Monday Matinee’ is moody, brooding and Emo-ish, falsely implying a direction that the band dispense with within twenty-seconds, onset with vocals ever-so slightly carrying notes of early Green Day and a younger Yellowcard if they themselves had spent sometime with a younger Lagwagon. The band AGAIN flawlessly provide another window into the 90’s style that is seemingly inextinguishable. ‘Monday Matinee’ is an excellent Pop-Punk song about a pit I would have loved to be in.

‘I’m Fukt, I’m Sorry’ is very much a line we have all said to our respective wronged people. The band compel you back from the delightful pit with thick riffage that whole heartedly suits them but bravely contrasts such a belter that was the previous Pop-Punk classic. It is here that all the rambling I have done thus far about the band’s 90’s penchant falls back on being far less integral in an obvious sense, but exists more so in a “building block” status.

Frank Dux at their most tame (in context) are a Skate Punk band but the emotionally charged cathartic release in this track gives itself to the force of Melodic Hardcore and the early 2000’s. Think early Rise Against, Strike Anywhere, Sinking Ships or even some musical nods to the first Comeback Kid album. Frank Dux truly shock you into submission here and leave their prospective future looking all the more attractive.

The raging politics of ‘Fukushima Fancy’ is matched in it’s aggression musically as the band again give themselves over to harder Punk. If you were looking for a fist in the air chorus and a guitar-line to ride onward to anthemic-punk heaven then this track has you hook, line and sinker.

Frank Dux close with ‘Worlds Apart’ and more of this brooding, sombre slightly Emo-Pop-Punk tone. ‘Worlds Apart’ does it’s best to tie-in a release that relentlessly charged off into a realm that you thought it wouldn’t, while at the same time boasts some of the band’s best guitar-work on Parts Unknown.

Canadian Punk is on the rise.