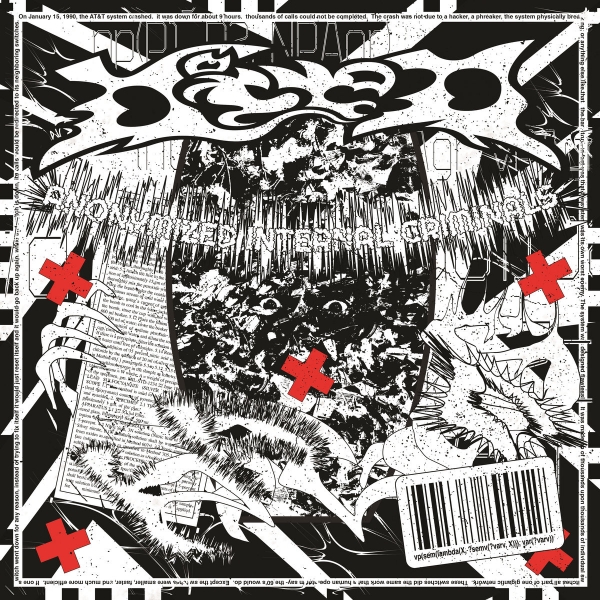 Died are a New York City (Brooklyn)-based band that describe themselves as “Trans-Alivedead Punk” (according to their bandcamp details anyway). The world may never know where this categorisation came from; at least a few of its occupants will be aware that this band delivers head-scratching, experimental Math-inspired Hardcore that sounds something like Buckethead teaming up with At The Drive-In.

Is it an easy listen? No. Is it rewarding? By God yes. ‘Borne’ opens with a quick sampled speech before heading into a distinctly catchy drum-groove. From there on it descends into a spiralling bass pattern, coupled with some Spoken Word lyrics delivered with just enough vitriol to feel the rage beneath. From there on, the Math rules. Dissonant guitars clash with shifting time signatures; chaos reigns, and this is exactly what makes Died such a unique band. I can’t think of anyone else who sounds quite like this. ‘Borne’ is a mission statement like no other in this regard.

‘Fireman, Carry Me Home’ sounds like the demonic afterbirth of a Blues Rock b-side being interpreted by Mastodon. At 1:48 it’s also the shortest song on the record, reflected by the manic D-Beat and frantic hardcore vocal delivery. In this time the band makes the exact statement they want to make in the shortest time necessary. It also establishes a precedent for the group, in that there are no rules to follow.

‘Excellent to Me’ meshes clean and distorted guitar tones to bring out an almost schizophrenic tendency. It’s one of the only attempts at out and out clean singing – however brief. Shredding solos and insanely quick timing changes make this one of the most diverse and reflective songs on the collection, with an extremely tasteful bass-solo to boot. Even in this quieter moment, the band still champions a feeling of true abandonment and uncomfortableness. It’s something that carries on throughout the course of the run time, and you feel increasingly aware of the dread creeping over you the longer exposed.

The band largely continues in the same vein throughout the rest of the EP, with ever-shifting drums gradually pushing limits until full blast-beat potential is reached in ‘Borrower’. The guitars scream against each other, with little care for cadence, or scale, or any other conventional musical device. In fact, this is something that defines Died. They are not your friends. They aren’t here to tell you tales of escapism and hope. Instead they’re here to tell you how much they want to kill you, the listener. This band is the very antithesis of commercial, and to tell you the truth, up until writing this review it’s been hard for me to truly appreciate what’s going on here.

Only on repeat listens did I find the subtle genius of the songwriting mesmerising, and at times, cathartic. And truth be told, it’s a damn good feeling to hear Hardcore that feels dangerous again. Much like an injection to a toddler, you won’t like it at first. You’ll be reluctant and squeamish. But in time, you’ll soon come to appreciate that you were given the vaccine for the pretenders of the scene.