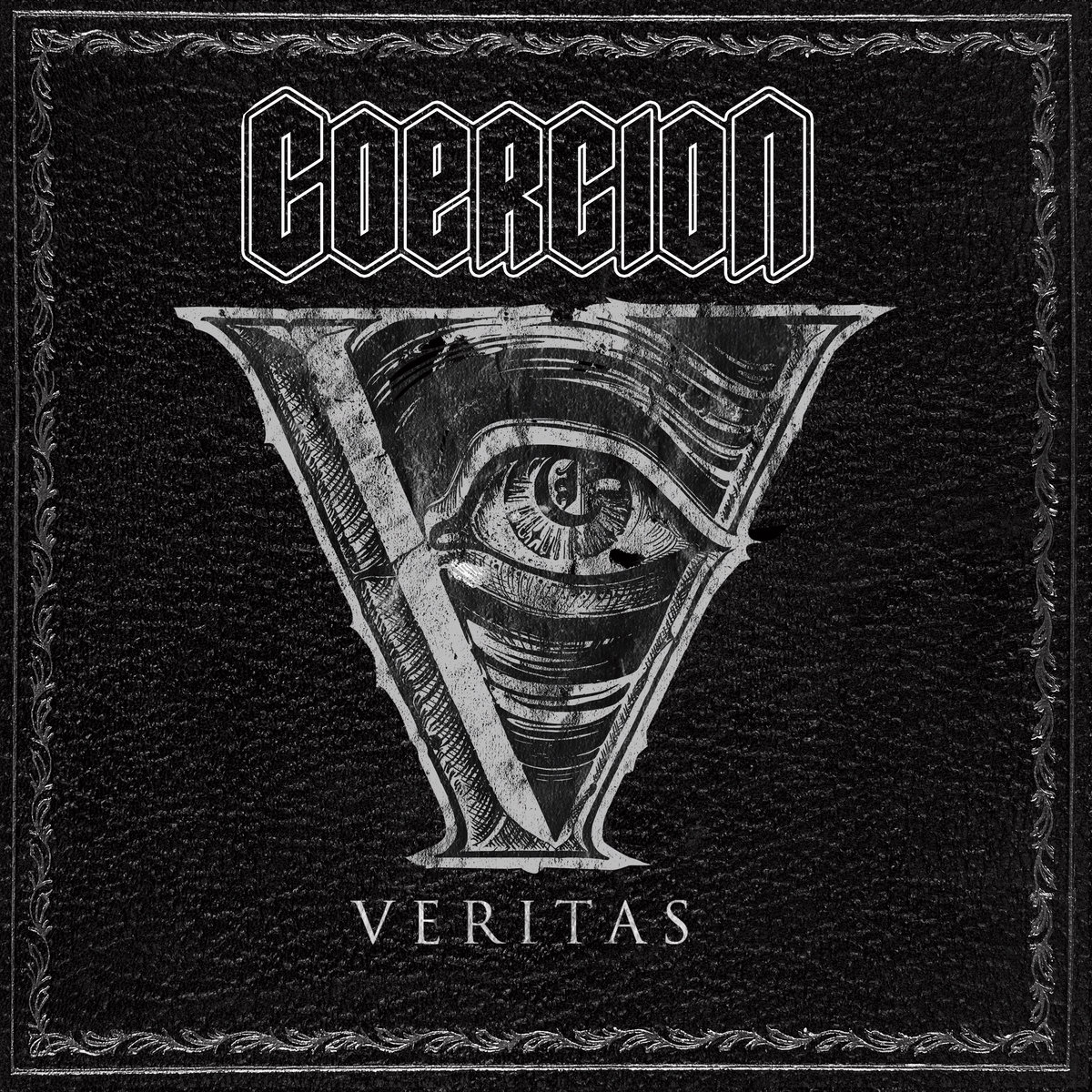 Santa Cruz is home to Coercion, a band with a long, drawn out, sporadic and varying history. This history became recent history when a four-piece incarnation of what is now Coercion (Coercion96) released the stellar “modern rock” EP, Exit Wounds, itself worth your time. Coercion however have built on that very release via a genealogy and accumulative expertise nigh-on impossible to argue with. The band can count Good Riddance, Fury 66, Ghost Parade, Death By Stereo and The Lonely Kings in their family lineage and with that, have crafted a release beautifully varied, yet coherent and signature in the best genre-spanning way.

“Modern Rock” itself could easily be said to be a precarious description but I will stand by it. Coercion’s expertise very much gives credit as it encapsulates so much after the piano-to-distorted warming strings of the eponymous opener. This “so much” being and beginning with an arguable Punk-Rock song played through an Alternative Rock filter.. ‘Choices’ is well-written, hook-laden and instantly memorable and through this was a clear forerunner for this new record in what seems like a lifetime ago of anticipation. Jake Desrochers (The Lonely Kings) and his vocals are instantly recognisable and the guitar duties of one Luke Pabich (Good Riddance) and Jim Miner (Ex-Death By Stereo) are very well executed and elevate ‘Choices’ to the top spot of the release.

‘Decease and Desist’ is just as driven but tones-down the aggression in a way reminiscent of mid-career Dag Nasty (Field Day, perhaps?). Vocally it’s more melodic and allows for the stellar guitar work and clean 90’s backing vocals to shine through. Coercion are not a Punk band but you hear them flirting with such, they are not a Metal band or Hard Rock band and you’d even need some serious justification to label them simply Alternative Rock. Coercion are band inspired by and seasoned by years of experience and they lay bare in appeal to more than one set of cantankerous and/or polarised Rock fans.

‘Lose To Win’ begins to edge away from the Punk-influenced sound towards one with matched aggression but mid-to-slow tempo and enough “woah-ohs” to woah-oh at. ‘Lose To Win’ in the flow of the release carries all the hallmarks of the band without deviating from the already steady flow. The track’s contrast between Jake Desrochers’ harder and more melodic vocals and the backing harmonies – that lets be honest, wouldn’t exist in music without the emergence of Bad Religion – mark ‘Lose To Win’ as a release highlight.

Im not going to pretend that Coercion are anything idiosyncratic but that doesn’t mean their multifaceted sound isn’t certifiably interesting, immersive and unambiguously versatile. Each layer of this band’s chosen array of expertly amalgamated stylistics is so flawless that finding the correct or even any remotely relavent and applicable words to describe it is a tough but worthwhile endeavour. ‘Exit Wounds’ is the namesake track of the band’s previous effort and as you’d likely expect, transcends jagged Alt. Rock, gloomy 80’s Punk and most notably within this sentence, the near-perfect 90’s Punk chorus.

The band may have two guitarists keeping you engaged and a songwriter/vocalist hanging you off his every word but they are also equipped with one Tom Kennedy (ex-Fury 66) doing more than enough to keep this lumbering rock-punk-whatever-train weighted to the tracks while drummer Anthony Garay (ex-Ghost Parade) keeps this enthralling locomotive going.

By the time of ‘The Reasoning’, Desrochers has found his hoarse strained and cathartic vocal style once more in a track where you also first really become aware of the band’s (release wide) slight penchant for Hard Rock and Rock n’ Roll-esque guitar tones and it’s glorious. ‘The Reasoning’ is as obviously heavy as it isn’t and that may sound confusing to read but upon listening you’ll likely agree, right as you realise that every track is the best on the release.

‘Forgive Me Not’ dispenses with this un-obvious heaviness, with the band’s most Metal-inclined performance in it’s latter parts before returning to their signature soaring melodies.

You could say Coercion are quite coercing but that would be a bad pun and incorrect because they aren’t forcing you to do anything at all, it’s all simply and bluntly as it should be. Vertitas is out now digitally via Bird Attack Records.

Kill The Masters – The ‘Everything Hurts’ EP.