A Shot In The Dark – The Australian Punk Scene.

‘I’m just a lad, in front of a band, trying to take a shot in the dark’ 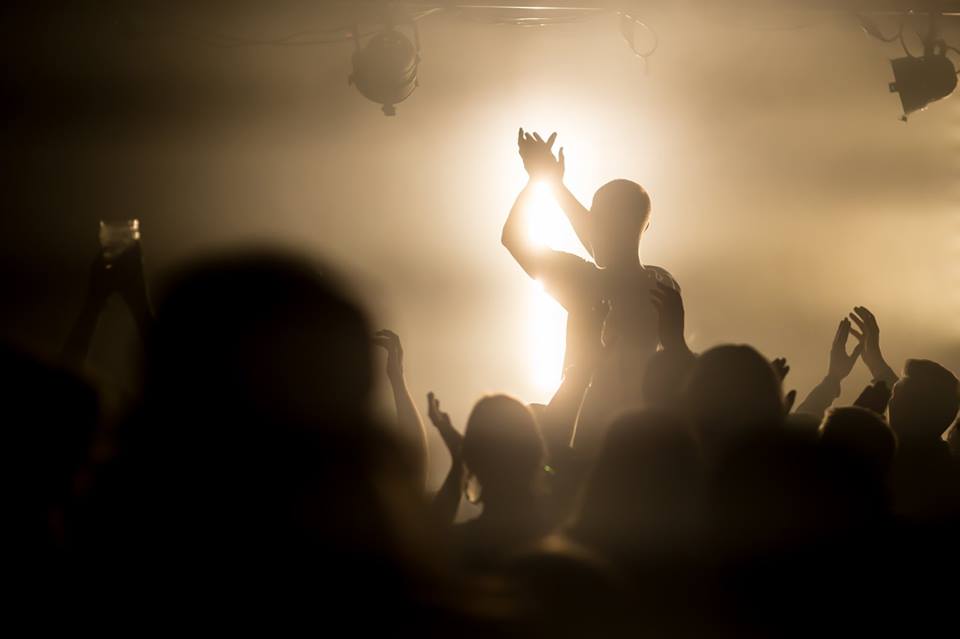 It is safe to say that Matt Gleeson is a household name within the photographed evidence of the Melbourne Punk-Rock scene. Currently working under the moniker of 3 Chord Images and also of notable local Sub v2.0 and Ragged Press fame, Matt lives and breathes lives music while he endeavours to document as much of it as he physically can.

A Shot In The Dark is the second project in this vein from Mr. Gleeson and the second time I have worked with him in the promotion of such. You can find a promo article Matt and I co-wrote in 2016 – Here – where the foundation for this now larger scope project itself came to fruition!

But enough from me, it’s from the horses mouth – or should I saw the sentient camera’s lens we must hear from:

So Matt, it’s great to be working with you again I must say! However lets start a little abstractly, introduce yourself and your mission in the weirdest and foremost thought…

So probably the bluntest and most obnoxious way of describing what I do is to say that I shoot bands in the face. I find it deeply satisfying. I was on tour with a band once and they introduced me as their band’s photographer/driver. I did one of those things well… I’ll let you decide which one.

Seriously though I’ve been photographing live performance, mainly Punk bands for around five or six years now. It’s become almost compulsive for me. Kind of like the plane-watchers you see outside of airports madly shooting every plane as it lands or takeoff… only way more fun!

Whenever I did see you from afar at a gig you were very much in the zone! So, what inspired the first book and was the first the primary reason for the second, or perhaps were there other contributory factors this time?

The first book came about after a mate of mine killed himself. I was pretty knocked about by the news and spent a few weeks trying to deal with my own sense of helplessness upon finding out. I came up with the idea to release a book of my photographs of Melbourne Punk bands to raise money for mental health charities. The response was fucking amazing within the Melbourne Punk scene and I guess it solidified my love affair with Melbourne Punks.

‘A Shot In The Dark’ is a more self indulgent book. There’s a buzz I get from releasing something solid that I can hold in my hand. Most of my photos go up online either with online zines or on my own site, 3 Chord Images, but I always get a kick when bands approach me to use my photos on album sleeves or for posters. Doing a book is just a massive dose of that buzz. As a photographer I guess it’s the nearest thing I can do to an album release.

The other thing that has become apparent to me as I’ve been working on the book is that these kinds of projects are a document of our history. I always knew this to a degree, but it’s become more real for me in the last few months. Several of the artists featured in the book have died since I’ve taken their photographs. They were both incredibly talented artists and they will never create music again. I like to think that my photos of them helped capture what they did so amazingly well. And of course bands are formed, reform, change line ups and dissolve all the time. Some of the most brilliant collections of talent last only a blink of an eye. Capturing them in front of the camera is an honour. To put those images in a book kind of legitimises it all I guess… you can read fake news all over the internet, but a book screams that something should be taken seriously, that’s the perception anyway and I’d love more people to take Australia’s live music and in particular local Punk music more seriously.

It’s a particular bugbear of mine when I shoot an international show and all these “Punks” come out of the wood work to watch, but you never see many of those people out at a dive bar supporting a local show… If ‘A Shot In The Dark’ helps to expose people to more of our incredible local talent, then I’ll be stoked. 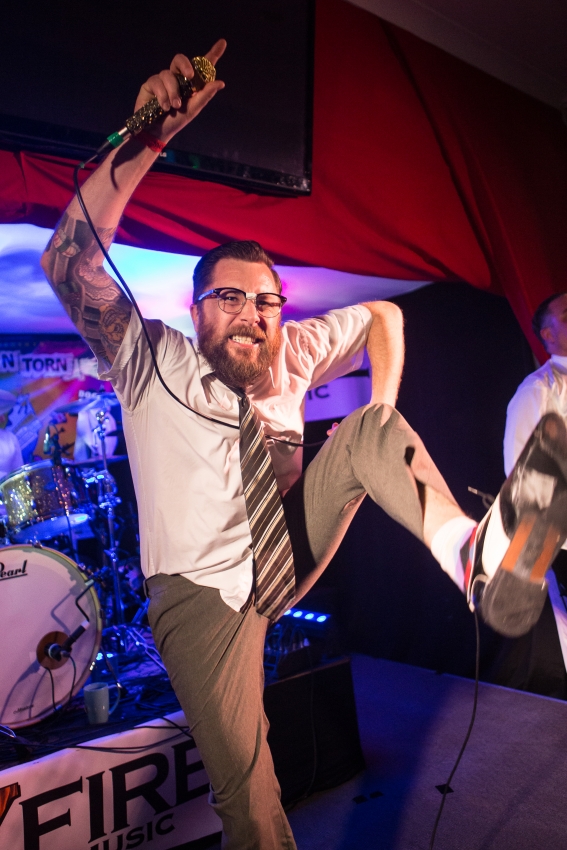 It’s certainly an excellent way to honour someone and a good use of a project to promote the dealing with of issues incredibly misunderstood and dismissed.

I really think you have hit the nail on the head there with your “album release” analogy. You are just as much of the scene as the bands and that goes for all those outside of your medium as well. The writers, labels, promoters – you name it! It’s very sad when those familiar faces are lost but perhaps this is, again, the best way to honour such fallen heroes and stalwarts of the scene. I really couldn’t agree with all of what you have said so far, it’s refreshing to see the commitment.

Books are a medium I truly hope never fall to the side and become obsolete and a book in this vein is so purposely designed and targeted that it will publicise itself tenfold. However, the final part of your last answer rings a little too true over on my side of the globe as well, it’s serious problem and a daily battle for bands and promoters.

So on that more critical note, have there been any particularly stressful aspects of the book’s development?

So far not really. I have great team of friends and allies around me that make this so easy. When you’re self publishing there are so many factors to consider outside of just creating the book. Sorting budgets, promotion, proofreading, are all things that self published writers have to organise on top of the creative process.

I guess the great advantage of doing this project is that the Punk DIY ethos and great sense of community means that some very talented people have piled on to help out with some of those things.

Thats good to hear! How are you finding the launch preparations? On a scale of 1-10, much much of a “bang” are you planning on going out on with the release of the book?

Well I can’t give too much away yet but I can safely say that if you’re around Melbourne you might want to mark the 1st December in your calendar for a cracker of a time. Historically I would be spending the first Saturday of December shooting the ‘Nevermind The Warp’d Tour Festival’, but with the winding up of ‘Nevermind […]’ last year, I reckon the launch show for the book will be the next best thing. Basically an early Punk’s Christmas!

That sounds like I should buy a plane ticket! So one last thing Matt – well, two really!

Is there anything you’d like to say about the book? And do you have an other prospective projects in this vein formulating in the dark-room that is your mind? That’s if people still remember dark-rooms that is!

Ha ha you’d be more than welcome mate! ‘A Shot In The Dark’ has been a labour of love. It’s been a real joy to go back through my archives and be reminded of some of the rad shows that I’ve had the pleasure of capturing. There are so many great bands playing dive bars across Australia on any given weekend and with sixty-six artists/bands included I can only hope I’ve done all of them some justice with this collection.

As to other projects, I’m thinking that an exhibition sometime in 2019 is on the cards. I’ve never exhibited my work before and would love to see some prints hanging somewhere. I’ve been looking at a couple of different options but I want to get the book launched before I start looking at that. There’s also the seeds of another book that has been floating around in the back of my head for a quite a while, focusing solely on the five years of the ‘Nevermind The Warp’d Tour Festival’. I would love to throw together a book of my photos from the festival alongside the poster art and people’s recollections of an annual event that was very much grassroots and was a feature of the Melbourne Punk calendar from 2012 -2017. It was also really the starting point of my live music photography journey so it would be rad to memorialise the festival in a book.

Apart from that I just want to to continue doing what I do, going to great local shows and shooting bands in the face.

You’re busy man, Matt and I admire that! I honestly wish you the best of luck with it all! I think you’ve really hit the nail on the head there, there are always bands playing from Punk to just about anything all across Australia and beyond and it’s worth fighting to keep, documenting and just taking it all in!

Thanks so much for your time, trying to link-up contact between these timezones has been well worth it I have to say.

Sixty-five bands, a man’s passion for Punk and the memories it provides. Done.

Mark the 1st December in your diary and you can find all other information concerning Mr. Gleeson’s latest project below:

And The Music Is Still So Invigorating: Ian Glasper