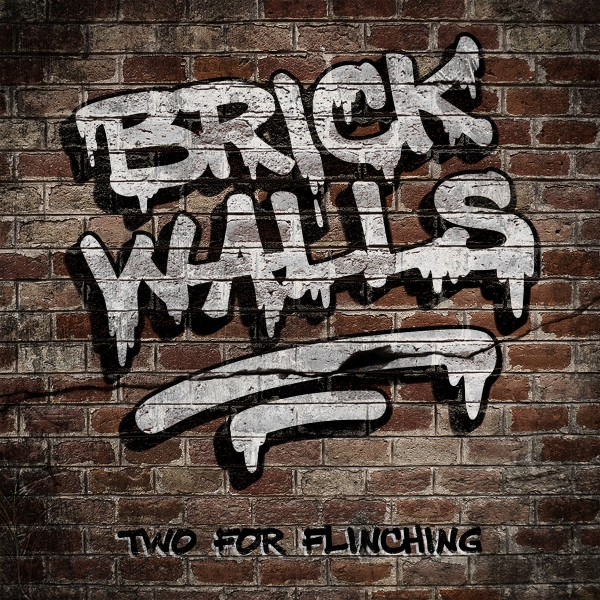 After a long time away and some considerable hair and beard growth on the part of vocalist/guitarist Matt Hatton, Perth four-piece Two For Flinching have returned to begin following up on the ground laid by their 2016 EP,  So We’ve Got That In Common, itself a four-track ride through 90’s Skate Punk and Pop-Punk ever-so indicative of the music and culture the band’s three Australians and one Englishman adored way-back-when and continue to champion in the now.

Said debut is more than worth your time, the band laid out a three-pronged attack focussed on driven Skate Punk, upbeat Pop-Punk in both the occasional and token “ballad” form and the melodic up-tempo juxtaposition of melodic guitars and gritty, abrasive buzz-saw rhythms over frantic drumming. Finally, the band would lean towards far more cumbersome and aggressive styles in tracks like ‘Cuckoo’ (In one of our house playlists – Here) on a release that left them a wealth of options to leave us pondering over for what is next and in this case, the “next” in question is the hook-laden 90’s-centric ‘Brick Walls’.

‘Brick Walls’ brings the tale of woe that morphs as the song progresses into something showing that hope at the end of the horizon. In short, you make the decision you feel is right at the very time it is required with your fate standing very much as your own. This is perhaps a mantra worth heeding with an ever-increasing and multiplying set of factors or rather obstacles and barriers lording over our daily lives.

Back to the sonics, however – The charge of the verses is contrasted with a soaring and determined Pop-Punk chorus where the band not only show off their harmonies further to match the melodic guitars at this stage high above it all, but with brief Pop-Punk conditioned Hardcore-esque riffage paying homage to TFF’s earlier teasing hints at prospective heavier infusions to their healthily liberal splash of Pop-Punk. Find it on one of our house playlists – Here alongside some more of their stellar first EP.

Two For Flinching are a very calculated band in regard to what side of themselves they choose to show you and when. The next single is on the way. Stay tuned and in the meantime, keep an eye out for that spark that could help you topple that next great barrier.