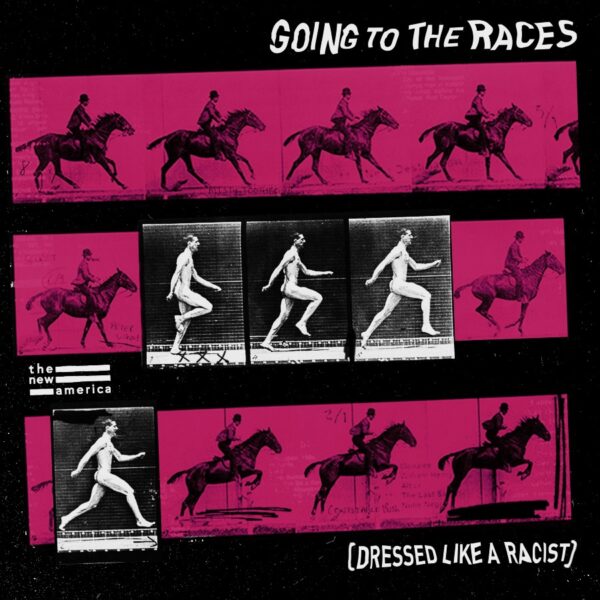 The beauty of Bristol’s musical output is its eclectic variety. The New America and ‘Going To The Races (Dressed Like A Racist)’ slide into a bonafide placement amongst this variation. The key point here is the unpredictable nature of how this variety can manifest itself amongst the cities sonics and it is here, that The New America can be resoundingly placed and forthwith described as unpredictable and alluring.

The New America tie their craft together with the prevailing legacy of Punk-Rock. However, that’s not to say that the archetypical sounds of the base genre are in control. That would be false but the influence is there. The New America carry this prevailing attitude at their core and ply it with its latter derivatives, of which Fugazi-esque Post-Hardcore commands a considerable portion. Moreover, in their multi-faceted noise, The New America also warp a stylistically-inclined Indie-Rock via this artful-Punk discordance.

It was in their former most recent single ‘Papillon’, where the band didn’t quite find the escapism of the track’s namesake, that their sound took a darker turn. Prior to reading and indulging in what you’re about to, ‘Papillon’ is of required and comparatively more intense listening. 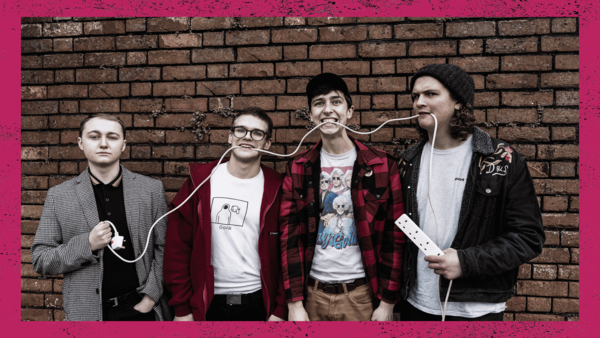 ‘Going To The Races (Dressed Like A Racist)’ ala its subject matter is as tenacious as it is volatile. The band challenge the perceived nature and visage of the “thug” and of the hateful human-being. This sad sardonic assault attacks this “Sunday Best” via it’s cacophonic worst. However, this “worst” is in no way reflective of the band’s skill.

The tracks 2:25 takes on instantaneous anger via its bass-tone alone before a ubiquitous ode to Noise Rock ebbs from below. This is then joined by competing and rough-cut Post-Hardcore guitars exchanging sharp yet precision punches. ‘Going To The Races (Dressed Like A Racist)’ begs the question unto what Fugazi, Rites Of Spring, Big Black and any of those seminal names would have sounded like had they been Bristol-born.

The New America’s inherent Punk-streak has been bubbling under the fill-line and in this latest single, boils-over and scalds the flesh of what angers them. The game has changed. The stereotypical face of hate is no longer one of rotting teeth and bulging muscles and anti-intellectualism. The new wave of this shameless bigotry is one of well-dressed, smiling faces and it’s almost as if Orwell was right. This is the very rage that has inspired the band’s violent combustion.

Given their influences and the deviation of ‘Papillon’, ‘Going To The Races (Dressed Like A Racist)’ was always going to be a thus. The four-piece take their former Post-Punk, Gang Of Four and The Fall-esque disdain and charge it with a spasmodic and noised-Post-Hardcore dominance in what I would argue to be their best yet. What use is this music if not to call out and crack the shits?

The New America and ‘Going To The Races (Dressed Like A Racist)’ can be found below.