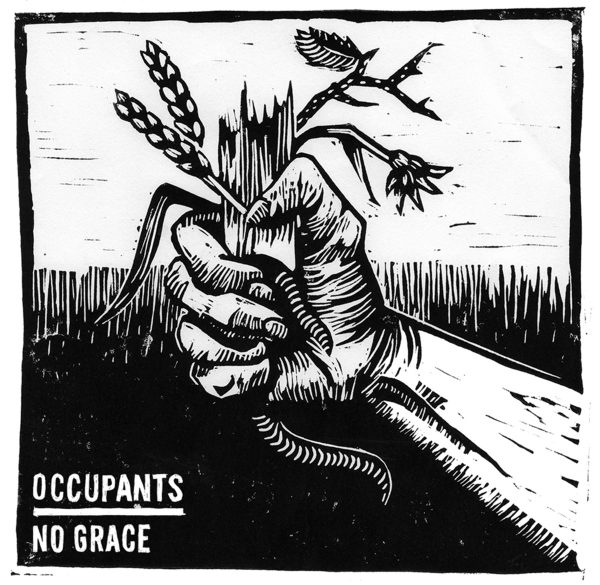 Within Hardcore and its offshoots, the term “Noise Rock” has become quite an eclectic affair. Enter the soon to be Occupants and ‘No Grace’ for today’s nutritional dose of DIY. The London based band are set to unveil said release on the 23rd of this month after two singles that have already and confidently at that, flexed their discordant Punk. However, under this warped volition, Occupants have allowed me to peruse the entire EP early. Shall we?

Hardcore, Post-Hardcore and Noise will be forever inextricably interlinked and awash with each other’s caustic breath and you’d be hard-pressed to argue. So, with that image in mind, ‘The Nothing’ cuts in with a Sludge-coated Hardcore rhythm section, Big Black-esque guitar tones and the wild urgency of early Post-Hardcore ala Fugazi or Rites Of Spring. A meandering melodic lead separates the natural vocal tones from the rumbling and almost indignant anger of the bass tone as the band anchor their play. The band opt for an organic and more “traditional” Noise and spin an overall Post-Hardcore nuance on the parent genre making it hard not to hit repeat. That said, of course, there are still three tracks to come.

Moving on, then. Reverberating riffs are matched with a mild maniacal lick at the end of each cycle on ‘Introvert’. Cleverly, the band sonically represent the namesake disposition with this playful use of lead, presenting the image of a clandestine interest covertly peering around a corner. Track two is powerful and disjointed as it falls into a slower, simple but fantastic vocal-led ebb, as the very same bass tone bobs too and frow through a maddening need to escape.

Occupants are hypnotic on ‘Introvert’. The band enthral you either side of the middling refrain, itself incrementally pushing further toward the closing and wild grin of their cathartic but controlled barrage. The level of inherent chaos and its veracity therein is carefully calculated by Occupants. The band may not be the most chaotic in an overt sense but maintain a key level of unpredictability. This, quite arguably, is a fitting and skilful ode to the genre’s genealogy. Obviously, it is entirely down to the beholder on how satiating this is.

With the invariable developing nature of Hardcore and its aforementioned nuances, much in the way of Noise Rock and Noise Rock-infused or adjacent music has quite naturally, only got more chaotic. This is where track three comes in, unleashing its eponymous, aggravated and angular assault. Occupants, as if hearing the prospective criticism that their music isn’t “noisy enough”, are pummeling on ‘No Grace’. Headed by vocals at their most urgent and a whirling affront of warped discordant leads and cycling, stop-start chord progressions, ‘No Grace’ and its almost nauseating psychedelic layering charges through the depicted existential malaise and is the definitive stand out number on No Grace-proper. 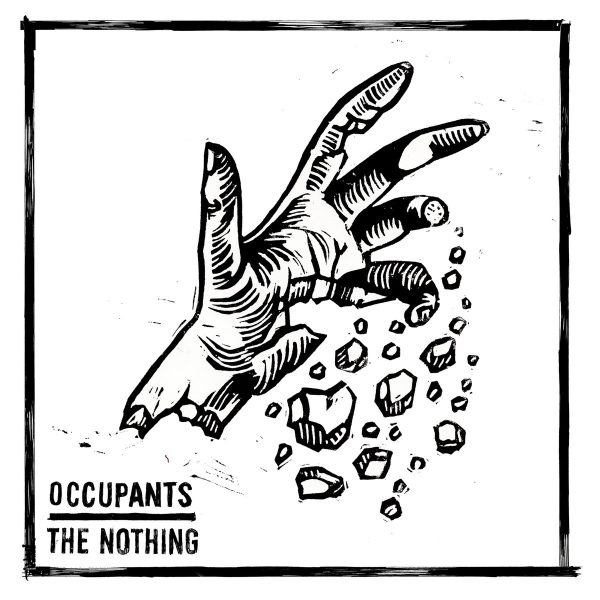 That said, the up-down-side-to-side arpeggiated and disconcerting wobble transcends ‘No Grace’. Such conditioning goes on to infect the warped, Alternative Rock flirtation of ‘Disappointment Enthusiast’. Track four of four captures the unsettling nature of the vintage era of sonically progressive Punk. The three-piece conscript jabbing guitars and match them to their two-fold vocals standing as harmonically as they can within context.

‘Disappointment Enthusiast’ stands as the band’s most interesting rhythmically. Which, I might add, is uncontestably impressive considering what it follows. The closing track of the debut is writhing with increasingly minacious and heavy-set yet freely spasmodic displays which are again, hypnotic. If track three captured the chaotic presence of the genre, track four moves past its initial Alt. Rock-isms in favour of showcasing the other underpinning aspect of the Noise Rock realm. The indisputably active nature of “having a lot going on”.

Occupants and ‘No Grace’ releases on 23/03/22. The London four-piece are soon to have a hell of a foundation to build from and moreover, stand testament to the health and proliferation of the heavy music scene. Find the band below.