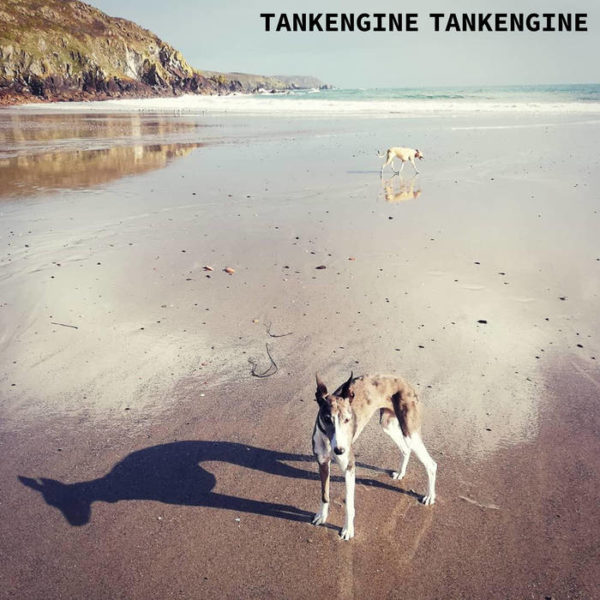 TANKENGINE – TANKENGINE TAKENGINE is a collection of words denoting to the cliché (but apt) description of the words “powerhouse trio”. In fact, couple those very words with a cacophony of eerily inviting groove, playful Noise Rock “why nots” and complicated, spasmodic Post-Hardcore energy and it actually becomes a relatively functional precursory statement.

TANKENGINE (2019) is an EP more than worth your need to gyrate in Alt-groove and I recommend indulging in it – Here. Now that you’ve either allowed yourself some audible context or simply bookmarked it for later, we can (un)safely move on. To Newcastle!

‘Mambo’ opens TANKENGINE TANKENGINE and within a nano-second, discordant Fugazi-esque intensity is supplemented with the drumming of contemporary heaviness. Vocally, had Jello Biafra fronted Fugazi or taken a few guest spots on those early releases, then I imagine ‘Mambo’ would have been the product. Overall, though, the indisputable influence of Fugazi-proper here is, well, as thus. ‘Mambo’ is alluring in the manner of the Dischord ’80s but also of what said era would be interpreted as later on.

Post-Hardcore Space Rock? Those are the words the rumbling addictive bassline of ‘Giant’ yields of me descriptively. Noise Rock rears its “why not” aesthetic more so in ‘Giant’ but only as a natural evolution from the Post-‘core foundation. Two tracks in and TANKENGINE are capturing the point in time where Hardcore Punk rage was completely re-evaluated. The three-piece are melodic but not in a manner normally associated with the words very meaning, rather only in contrast to the noised-fuzz below. ‘Giant’ boastingly lulls you into a sense of security you know to be utterly false in its Math-esque, twinkly-easing bridge of melodic everything. This deviation is completely out of place clearly deliberate. In short, TANKENGINE wish for you to be as focussed as possible.

Enter, the 8:06 of ‘Swagger’. ‘Giants’ deviation becomes the norm. TANKENGINE pursue a gentle ebb with the words ‘Stop, look, listen, think’ embedding themselves in your head between blasts of the in-release norm. Truthfully, ‘Swagger’ is slow going but intriguing. The band are in a perpetual state of teasing at the EPs midpoint and you eagerly await a change at any given moment. I had initially thought ‘Swagger’ to be derailing and I should think many will think it thus. However, as it finishes its heaviest discordant foray, it slides off into what feels like a self-reflective instrumental ebb that, to be honest, I want to hear more of.

‘Banshee’ blasts in via Post-Hardcore-Punk-Rock. The jagged 4:09 echoes Refused in a manner pleasing for the fans of everything from The Shape Of Punk To Come and the influences it had thereafter. ‘Banshee’ was a forerunning single for reasons hard to negate. The track is a blast of mid-tempo and layered Punk-Rock that again, epitomises how important Post-Hardcore was and continues to be. ‘Banshee’ is the most prominent on this second EP. By cleverly merging the playful (and eerie) wing of the band’s sound with their comparatively heavy everything else, it contends their best generally.

‘Flicker’ closes and if ‘Swagger’ wasn’t an overtly obvious representation of the band’s penchant Instrumental Rock then I don’t know what is. ‘Flicker’ however, is of the opinion that it indeed was at. The closing number does in fact, include vocals but that is irrelevant within this context. The band increase their ambient influence as they move towards and infuse Post-Rock and the like into their already progressive sound.

Moving on, vocally, TANKENGINE move away from the hoarse, emotional outburst of Post-Hardcore and move into a sombre, dulcet and emotive delivery quite the contrast to the EPs origins.

‘Flicker’ as a sizable whole, is a departure. The word “sizeable” is the fundamental operative word there. Post-4:52, the three-piece motion wards a groove-laden instrumental that is just enough to tie-in much of TANKENGINE TANKENGINE’s continuity while still acting as a clear statement of intent. This second release is one of exploration and results in a prevailing wonder unto where the band will go next.

Bards and The ‘Barricades’ Single