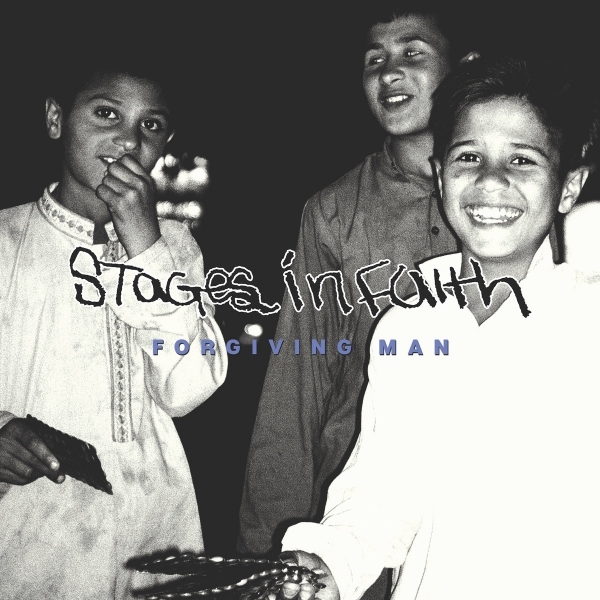 Through researching new material for the ever-growing, labour-intensive but ever-so worth it Ear Nutrition Spotify playlists (Here) and in conversation with one Charlie Jones-West from UK Hardcore need-to-knows SickOnes, I stumbled a cross a band that have excellently achieved something which I will hazard saying that very few have. The band have captured 80’s Hardcore and (sonically) symbiotically merged it with melodic 90’s Punk, WITHOUT simply following the expected route and embracing a more expected hybridised Melodic Hardcore; all the while flirting with and embracing both Post-Punk and Post-Hardcore a fitting amount.

‘Forgiving Man’ may well be toned in-line with 80’s Dischord and very well akin to the ground-breaking melodic sound of Dag Nasty but much like said influential entity, shows a time where the legacy of Hardcore was cherished but not wholly followed. Although dominated by this tone, the stylistics on offer crossover between what is and would become 90’s Punk in our timeline and the slow, thick breakdowns and rhythms of early Hardcore. Post-Hardcore was yet another of the Punk tree’s influential and world changing saplings and it is seriously at play here but even having said that, the dichotomy between classic Hardcore and 90’s Punk is very much the main focus.

With all this US-led influence the band would not be themselves without a little from our own pool of Post-Hardcore-Punk music. Leatherface would be another seminal name I would use to both liken this band to and mention to those who are in prospective enticement territory.

‘Dysfunction/Brain Bark’ is a double barrelled number with thick 80’s rhythms and melodies very much Post-Hardcore in origin but clear in their proto-90’s standpoint. Again, Dag Nasty are a solid likening but also Embrace and Rites Of Spring. At the 2:30 point the track has had an overly melodic play-around and begins to more recognisably play with the more progressive-Post-Punk and Post-Hardcore elements of their sound while also eluding to the affect the genre and era would have on 90’s Alternative Rock rather than simply wholly Punk. This isn’t a huge part of the band’s sound (thus far) at least in my opinion but it does show boundaries being pushed within the microcosm of Punk and Hardcore that Stages In Faith inhabit.

Stages In Faith on this release give you a taste of their sound. A taste that if you’ve enjoyed, I throughly recommend and implore you to indulge the band’s second 7″ record which can also be found via Quality Control Records.