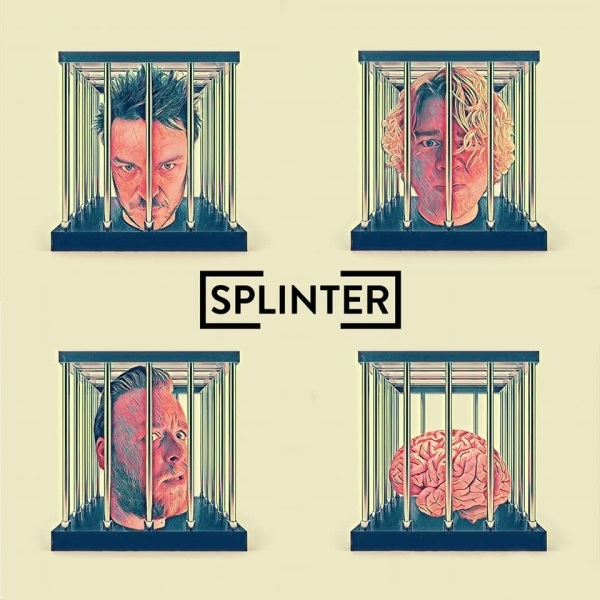 Punk is a ubiquitous force and this is especially so in London, England. Will, Jordan and Mark make up a three-piece dedicated to nothing but the truth and the true dismal sense of dread we feel in this modern society. They are a band singing and playing to and directly about what they see on a daily basis through, satirical, sarcastic and sardonic rhetoric and their debut four track EP is cutting for this and reasons more sonic.

Said sonics are unmistakably Punk-Rock but yet cannot be simply or rather effectively described wholly or generically as such. Splinter capture the snotty swagger of early British Punk easily and in a manner unmistakably fresh for today’s ears and since their formation in 2016 have clear as day perfected it.

‘No Thinking Zone’ is foreboding and distorted ala 80’s Post-Hardcore yet has the jagged rhythms of early Punk-Rock crossed ever-so slightly with the days of Proto-Punk in its past and latter obsessions with Garage Punk later down the line. This playful, terrifying gloom is clearly aware of Post-Punk but chooses not to admit it as lyrics that would be funny if they weren’t so eerily true are serenading you prompting a stark and unpleasant realisation. I wonder if George Orwell would be down with such an opening track.

The intro of rumbling drums and distorted strings that is you’re greeting in ‘Little Big Man’ teases towards Hardcore but never reaches it. You could be disappointed but there would be little point as the Post-Punk gloom lathered over Post-Hardcore refined-fuzz and Garage Punk quirks has you in seconds as a gammon is roasted upon the winding in of it’s neck.

‘Call Of Duty’ injects welcome pace into the band’s water-tight sound. Splinters are playing raw-Punk in the most obvious way but with the added skill of the genre’s nearly half-century of evolution and experience. You truly cannot fault one aspect from their technical proficiency to the production and onward to each members own contribution to their little triumvirate.

I digress, this penultimate track is again testament to the intelligence of this three-piece with particular focus on the lyrical displays that although excellent, would not stand without the stand-out vocal performance and its quintessential London-tones.

Dare I say, I could see Splinters on bills beside the best in contemporary Punk and Hardcore alike, their sheer aggression is juxtaposed two-fold via playful dare-I-say warped Pop stylistics and a sense of humour as much a joke as it isn’t. Through this the band capture Punk nigh-on perfectly and intelligently.

‘Reality Wasteland’ is more of them same flawlessly quotable wording alongside the again 80’s conditioned warped early Punk-Rock and disdain across Punk as an existence rather than a scene or decade. Warped, madness-fuelled guitars provide refrains between more grubby but functions hooks than you can shake a grubby line and sinker at and that is where I’ll leave you, that and a statement stating the fact that the band’s singles prior to this four-track offering are also more than worth your time.

London Punk, may it never die.

LASSITERS and ‘The Demo’ EP