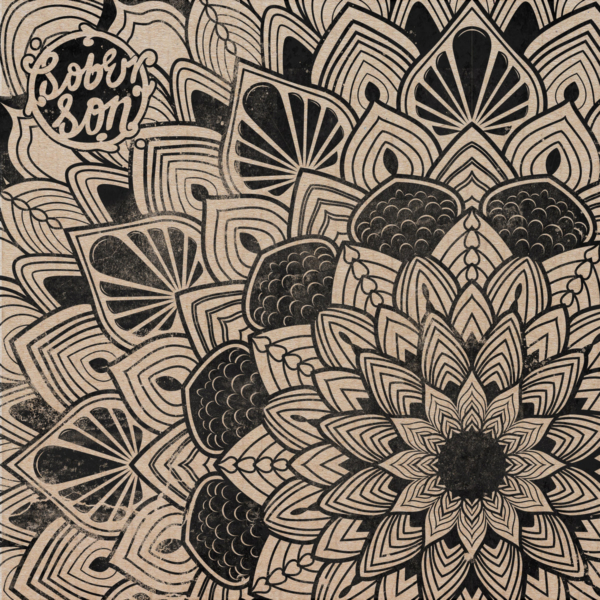 If you mosey on over – Here – you’ll find a band who ‘finally got their shit sorted‘. If you stay where you are now you’ll get to know Sober Son – Wonkey Eyed and proof that the band above have continued to organise their ‘shit‘.

Sober Son’s first release was a discordant oddly-at home and mix of Blues-Rock, rough-around-the-edges Alt. Rock and warped yet-playful Indie-Rock. The debut took huge influence from varied pools of sonics from the past thirty-odd years of Rock to a point where convolution was risked but not present. With that in mind, enter Wonkey Eyed via Bradford-Upon-Avon.

Beginning with its namesake and stylistically in lieu of how the debut started via heavy-set Grunge/Alt. Rock, it’s not long before the trademark Post-Punk vocals arrive. ‘Wonkey Eyed’ is what I would imagine Post-Punk to be if Alternative Rock had been the initial catalyst. Confused? Listen below and find it in a house playlist – Here.

The three-piece are seen to be making a huge departure within the first number alone. This is even before the surprisingly fast Indie-Punk/Grunge-hybrid of ‘I Tell You’. Although this second track has more drive and is more chaotic in regard to pace, the Sober Son of this second release thus far are far more refined and focussed on a new direction.

‘Feel Good It Feels Good’ returns to the notable Blues-Rock of Expert Introvert once the band are done charging through harder sound barriers perhaps a little prematurely. Track three is clever and playful though and maintains the attention of this newer direction, just for a very different reason. The Post-Punk vocals are the main selling point and continuity regarding the band’s previous work. The quirks and warped guitars are refined and replaced with complexity elsewhere, for the most part, localised in the excellent drumming on offer.

The fourth and final track lack quirks and experimentation that made the first EP so interesting. Instead, they take far more of a back-focus. They are still there, quite omnipresent in fact, but Sober Son has decided to take choice cuts from the plethora of styles on offer, pursuing the refinement of some and accentuation of others.

‘Crazy Fool’ oozes in bluesy reverb in immense rhythmic satisfaction before thick Indie-Grunge takes hold again. Sober Son are a far more cohesive unit and with this second EP fully recorded as three-piece, are far more comfortable. Subtleties such as the melodic-line threading much of ‘Crazy Fool’ are indicative of a band that has moved on to better things via their own inspiration.

Or, something like that! Sober Son and the Wonkey Eyed EP, get to know it.