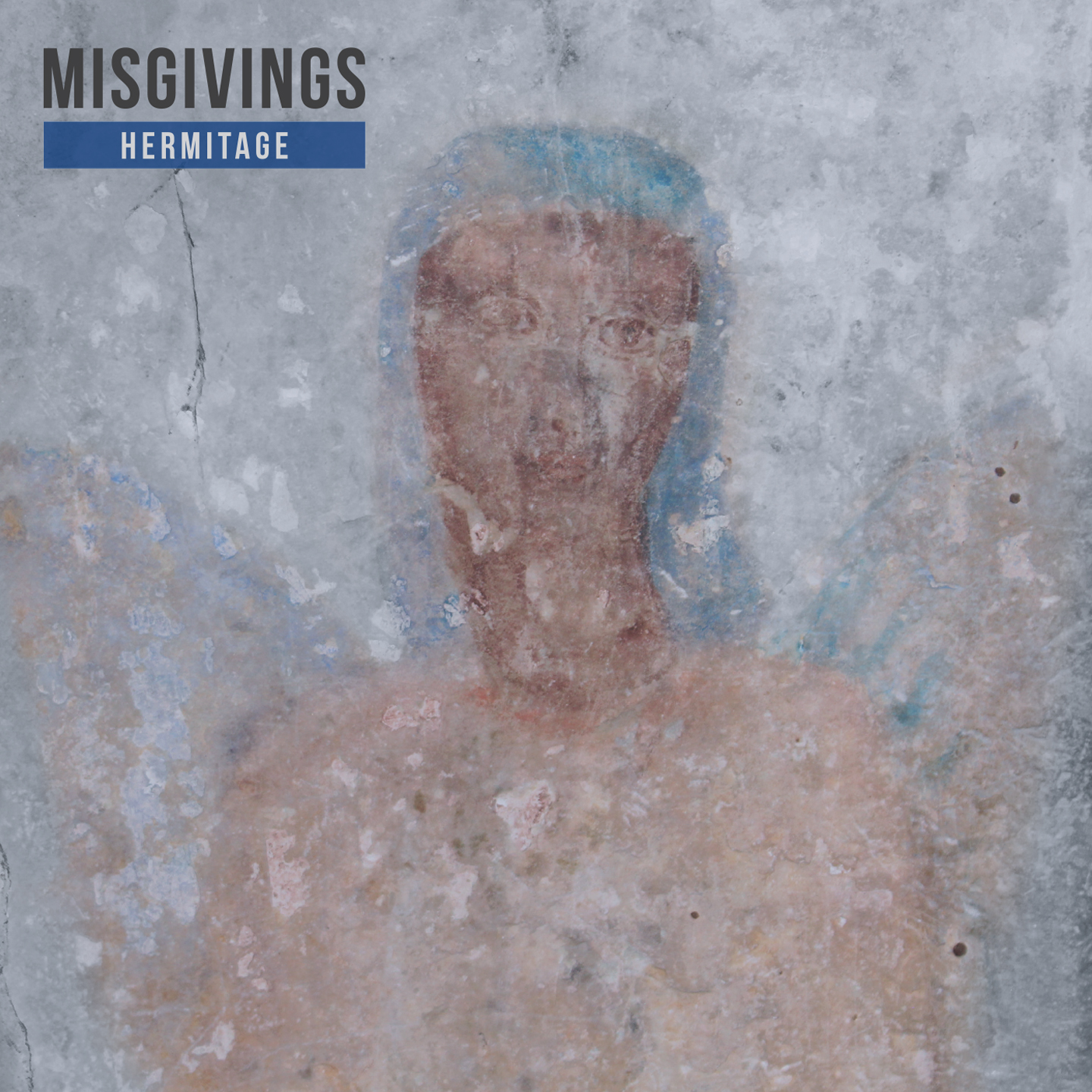 As they are prone to do, Lockjaw Records have returned again with another successful hunt in their bid to showcase some of the the best game (sound) of the contemporary Punk music scene. The label’s latest coerced sonic collective inducted into their growing Punk-themed audio-Zoological conservation and propagation project – also known as a “roster” – would be the Portsmouth four-piece, Misgivings.

Hermitage will be the first release since the band’s 2014 Delete History and will likely be appealing to fans of the likes of Polar Bear Club, Burnt Tapes, Iron Chic, Leatherface and the mid-to-late output from The Flatliners. Just to name a few anyway.

The band’s blend of 90’s Punk and melodic Alt. Rock, supplemented by the gruff emotive approach carrying over from the above is very on form on this new release. ‘Call It Off’ sees and hears the band begin by plodding through practice in a picturesque DIY jam space via some UK stamped, slightly classic Pop-Punk flirting, gruff Alt. Rock goodness.

‘The Artless Life’ however is very much more of this melodic but also hard and faster pace in a sound subtly layered and contrasting from the highest notes to the lowest. What I should think most will find appealing here would be how this up-beat, up-tempo band are very bluntly laying their sometimes bleak inspirations sardonically in front of you in quite a traditional Punk fashion, all guided forward by a hopeful and very real tone.

Misgivings are one of those bands stylistically speaking, drawing from a relatively varied mix of Punk music and concocting it in a way playful and appealing but again, blunt and obvious. Purveying themselves in this way is another prompt for myself to try to entice you to them, for if The Menzingers and The Lawrence Arms are on your regular rotations, then Misgivings should soon follow. See ‘Shameless’.

‘On Your Tongue’ gives a little nod to axe and voice-man Will Pearce and his work with the relentless pace of Sombulance by adding a welcome but not too far reaching 90’s Punk tempo allowing the mild-dual vocal approach to really and notably shine.

In ‘The New Lows’ the band chillingly but still again in an approachable and easily digestive fashion, get their very apt point across, that being money and it’s complete and utter contentious issue status. Still, at least the video gives us undeniable proof that band merch trees – or rather shrubs – do in-fact exist.

By this point in the release you’re safely within the well-manicured clutches of a set of songs about life. Misgivings are very much heart-on-their-sleeve lyricists choosing to display such inspirations like the ordinary people they are and I don’t mean any negative in that. The band are real people singing about real things via a sound produced very-well in-tone with this very ethos or at very least ethos within the said context of the release.

Confusing? Maybe, but you get the idea – I hope.

Hermatige will be released via Lockjaw Records on the 07/12/18.