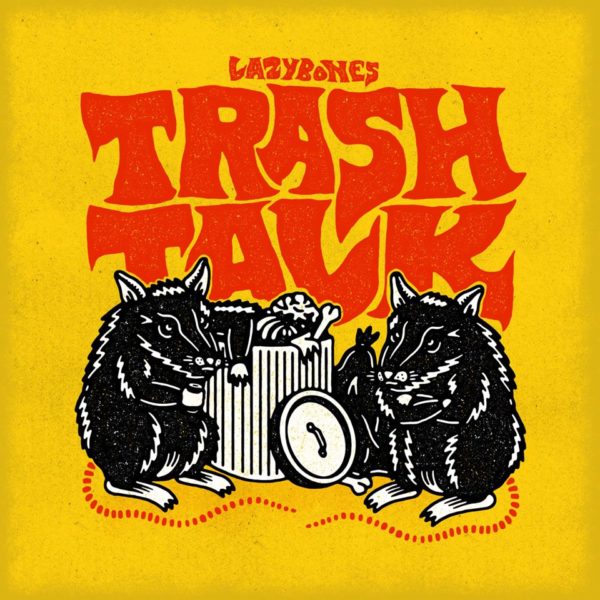 Introducing Lazybones. Hmmm? How am I to do this at a stage where a multitude of creative language has already been uttered, scribbled, electro-scribbled and simply thought. Well, for starters, their format is enough to label them as a just a little on the idiosyncratic side of the fuzzed-music fence. The band boasts a drummer as you’d expect, a bassist, that again you’d expect, and then finish with a Hammond Organ. Intrigued? Then read on.

But what cohesive sound foes all this produce? Lazybones make Pop-music, but Pop-music that is far beyond the rebellious Alt-Pop that many contemporaries boast themselves as. Lazybones embody the very defiant unambiguously progressive air that you’ll find in Brighton. Garage Rock was a dangerous runt of the 60’s Pop explosion, Punk was an unrefined offshoot of this and Garage Punk was the hybrid of both, yet all three were utterly dangerous at their respective times.

I suppose what I’m trying to say is that Lazybones take the destructive abandon that the OG rebellious genres bled and double down. The band take a not-remotely apologetic, no shits-given approach to double-fuzzed, rambunctiously-raucous Rock n’ Roll. Rock n’ Roll that’s been locked in a room pumped full of Punk energy, Desert and Stoner Rock-like groove and an overt desire to make Pop-music reckless beyond the established norm.

I mean, just take their most recent single and video if you don’t believe me.

And what’s even better, is that their collective videography is in all senses of the word, such a treat. Noise-Pop is another term for the band you can’t help but agree with. Going as far back as their 2017 single, ‘Zombie’, Lazybones were seen to have already perfected this sound. Spoiler alert! It just got better.

‘Fashion Victim’ and the band’s 2019 EP Bang Bang is a must-listen. The four-track is the stimulant required to add that danceable Noise-Pop flavour to your rock and or roll. The band may be out to have just a minute amount of the f-word. But that doesn’t stop tracks like the ‘Fashion Victim’ being the witty observation that it is.

The f-word in question is fun. Mind. Gutter.

Do the thing below!