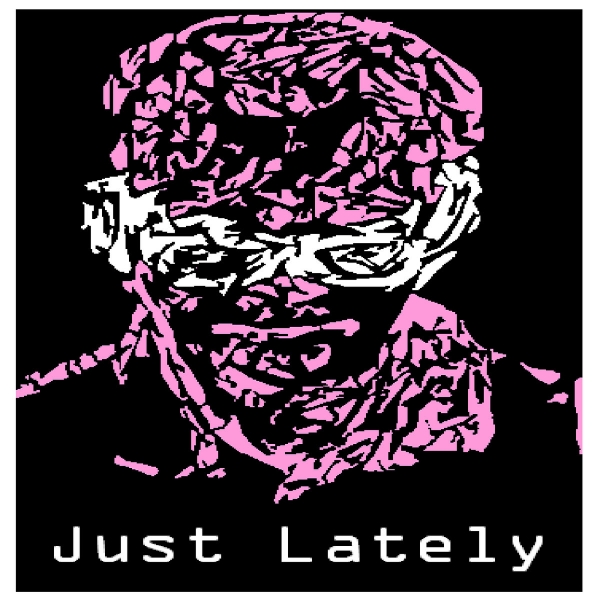 Gareth James isn’t a pseudonym or stage name, it’s this artist’s real given name. Now we’ve surpassed the need for both a sentence opener and a silly string words simply to function as a catalyst for this hungover brain to get into gear, we can carry on. Gareth James is new to this solo recording game and is perhaps best known for his work in the brash Punk-Rock band Second In Line and the mid-paced ebb of +10 Damage. He is very much the modern music fan as much as he is the contemporary musician, working, living an everyday life and now, in this case, supplementing it with a simple acoustic guitar, in, around and sometimes nowhere near Basingstoke.

‘Songs about my life so far! All that sorta business y’know’

You’d be a fool to believe that acoustic guitars are limited to the “same old” sound and the acoustic rendition of  a 90’s Punk-Rock intro in ‘CDs and Photographs’ is very much proof of this. This track will likely never make it to full-band level and neither should it need to but being good enough to do so is a side note worth scribbling. Mr. James sings of the determination to simply carry on and a level of self worth at a point where arrogance is a non-issue but also doubt, doubt in said path and how it really makes you feel. The line repeated throughout ‘hoping but not praying’ is very indicative of a realism that should not be denounced as pessimism as it so often, rather seen as a level-headed stop in a lay-by enroute to a goal. Or on the flip side, is it all concerning the pursuing of wealth, a career and the time dedicated to it for just a few CDs and photographs? Should this be the be all and end all or should you just relax and enjoy the journey?

‘There is also the confidence, and mild arrogance side which I’d never dispute, but that’s why I put myself on stage or write songs, anyone that says otherwise is a liar’

Punk always has been undeniably about whatever inspirational focal point has prompted such a lyrical and sonic response. With Acoustic Punk and/or Folk-Punk music this is something far more paramount, especially in the more bare-bones variants such as what is purveyed here.

Having met Mr. James personally and talked of music with him at length, the intro part of the EPs second and final song makes perfect sense and to push the “broken record” very much sits as a stripped down electricity-free Skate Punk idolising track eponymously titled ‘Just Lately’. This final track is very much harder, more driven, yet sombre in tone and feels far more akin to Gareth James’ Punk roots and through this is the better of the two.

There are no overt displays of technical show-stopping prowess on this EP and that is not to negate this man’s skill as musician at all. On the contrary, I feel the indisputable strength of this debut release is a point worth stating for it is what it is and what it is – is pure Punk-honesty and emotion put forth in the rawest of forms.

Just Lately was recorded by one Danny Guy of AlphaDelta Recording and Rehearsal who is in the process of setting up his full base of operations in the city of Bristol so keep an eye one for that.