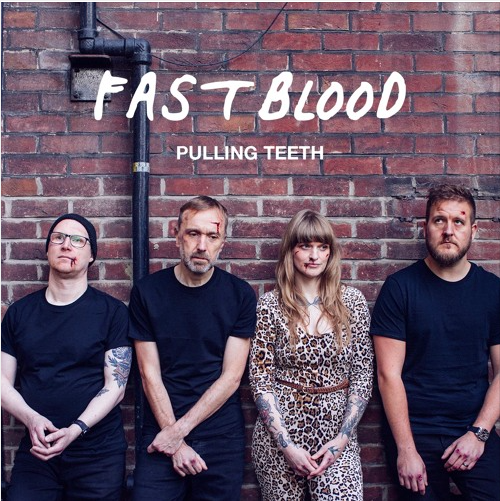 It’s been some time for reasons not worth mentioning due to ubiquity but Fast Blood and ‘Pulling Teeth’ are soon to arrive. The Newcastle four-piece released their debut “some time ago” and in those two years have no doubt been working away, situation permitting of course. Fast Blood akin to many in a particularly strong facet of the great Punk scene, sing about life. They play a hybridised, gruff, melodic yet defiant existential Punk that sounds as required air its cathartic self. Inflexions of Alt. Rock, Post-Hardcore and even Emo nuanced the band’s melodic Punk on their debut, entrapping you with an enthralling melodious and evocative ease whilst simultaneously maintaining a certifiable rhythmic clout. Well, something like that. Read about it – Here.

For now, however, Fast Blood are ‘Pulling Teeth’. Sounds painful, doesn’t it? But for who?

The fluid, melodic yet uneasy discordance that early Post-Hardcore introduced and was later nuanced by Emo has bred an anthemic lacquer in contemporary Punk. This anthemic, addictive, attention sequestering tone and meandering structural drive permeates ‘Pulling Teeth’ from intro to verse and onward to amorphous refrains. There’s an impressive coalescent power to Fast Blood. They are melodic but there is indeed a shifting rage present. One indebted to them by their Post-Hardcore spun Punk allowing them to chop, change, coalesce (again) and contrast. This is ‘Pulling Teeth’. The new single is a rant, reflection and revelation rolled into a spasmodic, energetic narrative navigating those three words and more. 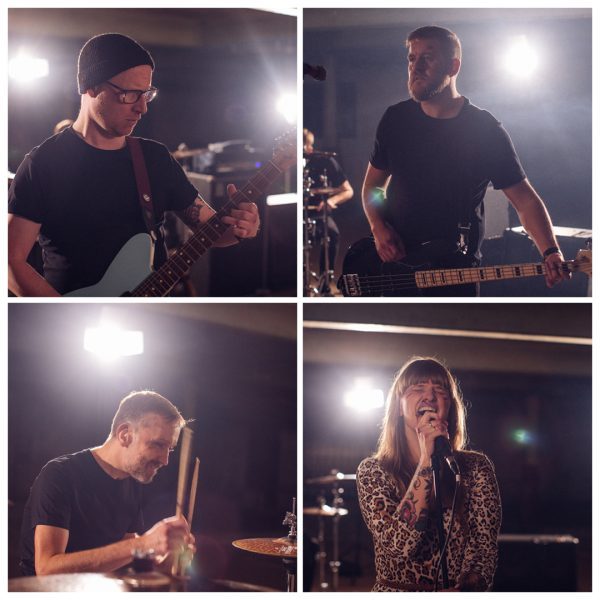 Fast Blood’s energy is fluid as it never fully comes and goes, rather alternates to where it needs to be. Caution-era Hot Water Music (with reminiscence to ‘The Sense’ specifically) can be heard in the aforementioned pervading guitar work whilst Abi Barlow’s vocal lines soar, dip, dive, meander and intertwine with Dave’s fluid notes. A resoundingly powerful and floor-driven rhythm section is never far from Fast Blood’s work. In ‘Pulling Teeth’, though subdued to a point and paced with intricate drumming displays in the verses, you know it’s there.

Through the chorus and later refrains, this power assertively equates the cathartic, sorely needed and freeing exclamation. This initially contrasting yet wholly symbiotic display from streamlined ease to harder, rougher Punk and onward to a hybrid of both, is so intrinsically occurring that paired with further fantastic production, throws a confidently unbridled Fast Blood into 2022.

Fast Blood truly have outdone themselves on ‘Pulling Teeth’. Though their debut was a robust and masterful display of the band with no real room for criticism, ‘Pulling Teeth’ skillfully achieves the very same seamless depiction of them but this time solely over the course of its singular self. Just imagine how it will sound in cahoots with what’s surely coming.