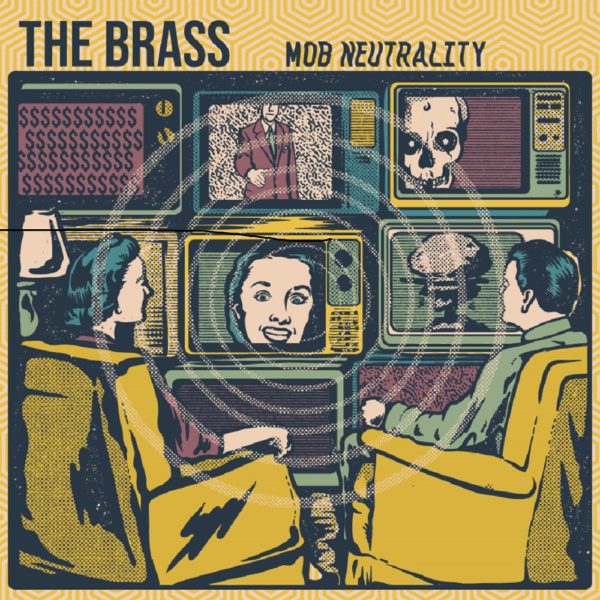 Today is a day of new music, specifically denoting to the EP Premiere of The Brass and Mob Neutrality. After some considerable time away from the studio circuit since there original release of grit-laden chugging Melodic Hardcore, Skate Punk-crossover that was the debut Armsreach, The Brass have returned. Although The Brass has appeared live since the 2015-17 release periods of Armsreach and perhaps possibly even played some of the forthcoming record, today is the gargantuan one. And yes, I could have simply referred to it as “the big one” but that would have been boring.

More to the point, outside of a “chugging Melodic Hardcore, Skate Punk-crossover”, who and what are The Brass? Well, The Portland, Oregon five-piece capture a Punk-Rock sound that inspired many. To illustrate that age, the collective names of 88 Fingers Louie, Rise Against, Strike Anywhere and No Trigger will give you an excellent staging point. Before we move on, I thoroughly recommend you indulge in the precursor that is Armsreach either promptly or following what you’re about to read and listen to.

‘Audience’ opens determinedly via thick, jagged Hardcore-edged Skate-shredding. The Brass then coat such in a thin melodic-lacquer that’s primary opus is to remind you that they prefer their Hardcore on the melodic side. This crucial line then charges off permeating the chorus and beyond, allowing the gruff and urgent vocals to have a fellow, anthemic and emotionally expressive running-mate. Despite the production and approach to their craft being near-wholly reminiscent of their prior sound, the 2020-gloss is present, but only as required. For like many of the above mainstays, The Brass are truly at home within expressive, atmospherically sustaining grit. This is something evident in the charged, bare-naked table display of The Brass-proper in the standout ‘The Great Dying’. Track two is a harrowing reminder of our societal destabilisation and how we propagate and proliferate our own demise. 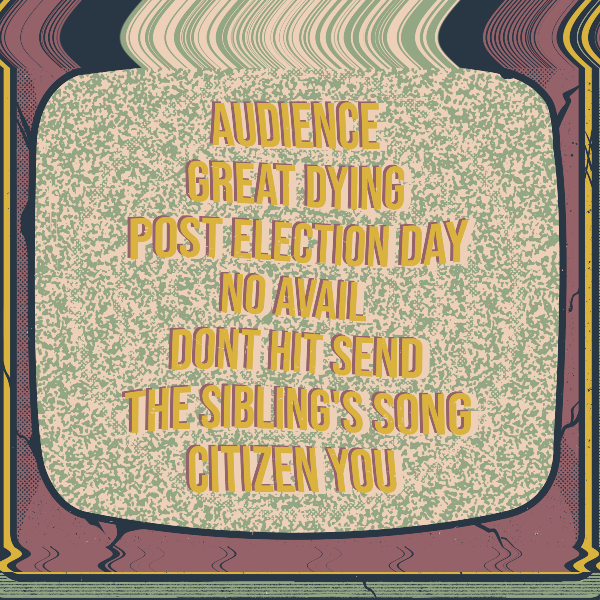 ‘Post-Election’ day was given the task of being the band’s comeback and EP forerunner and it’s easy to ascertain why. The Brass crash through rough-cut late-’90s-esque shredding that accompanies the mournful loss of democratic accountability. ‘No Avail’ then battles hopeless repetition intrinsically unto the backdrop of Mob Neutrality. The band inject a contrasting tempo, cutting back on bpm but not for a second lapsing in conviction.

‘Post Election Day was written the morning after election night 2014. The radio stated that fewer people showed up to vote in those mid-term elections than had since the end of World War II. No one at the time could have foreseen Trump but the feeling of wide-spread apathy was already in the air. It’s a song of pure frustration with our scene as well as our nation.’

‘Don’t Hit Send’ threads a thick and meandering lead that acts as the contrasting figure-head of the band’s gruff-Hardcore-led Punk. ‘Don’t Hit Send’ is an energetic yet mid-paced assault beset with disaffected drudgery key to the EP’s inspirations. Again this is a release of pure cathartic expression and The Brass are capturing both 2020 and the age it is opening with emphatic clarity. Now, Mob Neutrality is not your typical, all-out, unrelentingly tenacious mass of turbo-charged pace. Rather, it’s a release of alternation and variation. However, The Brass are still by no means sub-par at the former and with the fist-pumping and emotionally evocative nature of the excellent ‘The Sibling’s Song’, unambiguously show you that.

The Brass close on yet further breakneck anthemic pace in ‘Citizen You’. The band’s harmonious melodies champion emotional conviction before a tale dismal existentialism is slowly eroded by hope. The five-piece take all that was so ear-catching and enthralling from the prior blast, double-down and close a political Punk record you’ll play again and again.

But, enough from me, that was my review and below is the EP Premiere of The Brass and Mob Neutrality, which is out now via Snatchee Records.