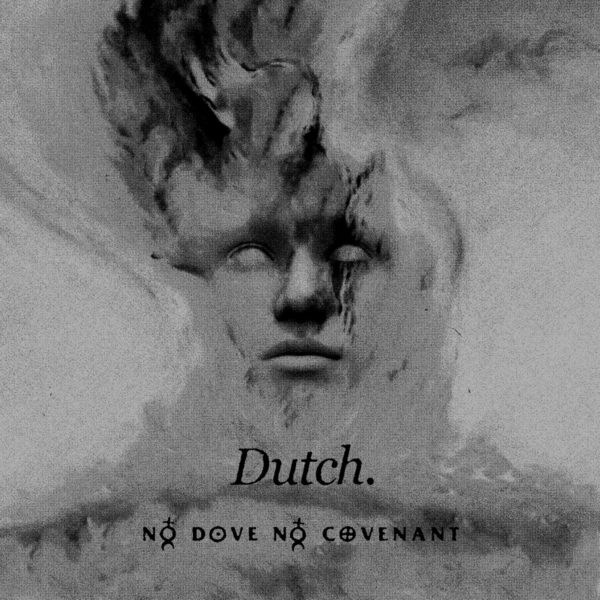 I’ve said this before, but whenever a release is monikered as Post-Hardcore my ears twitch. This was the case when Dutch and their debut EP No Dove No Covenant literarily materialised anyway. Why? Well, of all the countless derivatives and further derivatives of said derivatives that Punk music fostered, I find Post-Hardcore to be the most interesting.

This is entirely where Birmingham‘s Dutch and said debut No Dove No Covenant very openly lumbers unto the breach. And lumber it does. Post-Hardcore indeed appears in all shapes and sizes and in this case of Dutch, it presents itself fully and forcibly encumbers you with sound. The band cite Noise Rock as a genre-tag and although this isn’t overtly obvious in the opening ‘Grand Lethal’, it is still indeed present. ‘Grand Lethal’ borrows the slow lumbering stylistic from such a genre and pairs it with Hardcore-esque riffs, warped melodic layers and intricate Post-Hardcore precision applied last. ‘Grand Lethal’ is long in duration but forcibly maintains your attention. – ‘Don’t stop, look, to the void, they’re coming!’

Dutch may sit on the Post-Hardcore spectrum, but I won’t go-all-out and say they sound entirely akin to the stalwarts. There are definitely elements of such for those who partake in the likes of Alexisonfire, Senses Fail or Thrice but again, not overtly; which is entirely why No Dove No Covenant flows as well as it does. ‘Nerve’ furthers the more melodic aspects of the gargantuan ‘Grand Lethal’. The level of slow-motion-punch-face-intensity is still present but far more focussed on refined edges than blunt-force. Again, the band’s Noise aesthetic is still very much only that but indeed would fault Dutch if it wasn’t there. ‘Nerve’ is foreboding and increasingly technically minded in its normalised 3:40 duration.

Clocking in at 2:54, ‘Rodeo’ is the shortest and most direct. The track lacks some of the larger instrumentals of its predecessors bar mildly jagged bridges between vocal blasts midtrack. ‘Rodeo’ succeeds as the all-important attention maintaining number as it yearns for a reason to exist.

After a progressively accumulating move towards more recognizable melodic Post-Hardcore since track two, Dutch seemingly complete the move in ‘Tiger Chan’. If you were to attribute a “for fans of” reference to the names above, then now would be the time. This sudden change also marks ‘Tiger Chan’ as that contrasting highlight of the debut five on No Dove No Covenant. – ‘Now release the fire in your lungs, don’t hold back now, we walked into this one’. Find it in one of the EN house playlists – Here.

The mammoth 6:14 of ‘Pyre/No Dove’ closes No Dove No Covenant. All sense of inviting melody is only but tasted by a noodling line over cumbersome everything. Or is it? The beauty of a longer song is how it can often stop-start its way over numerous paths. It goes without saying that Post-Hardcore is adept at such a move and the closer, in this case, is more than doing well.

By the time ‘Pyre/No Dove’ is looking frantically for the missing heart in it all, the melody has taken full charge and dominates Dutch’s cumbersome displays. Eventually, the intensity of this closing quest for emotive reality subsides into gentle ebbs and then slowly drifts beyond human ears.

If you’re looking for explosively-paced Post-Hardcore then Dutch isn’t your band. Dutch are you band however if you seek the same emotive release elsewhere concocted another way. No Dove No Covenant is dramatic, enveloping and all-encompassing. At no point do you wish for an increase in tempo and the distinct lack of the banal screamed vocals and contrasting clean vocals formula is an unambiguous strength.