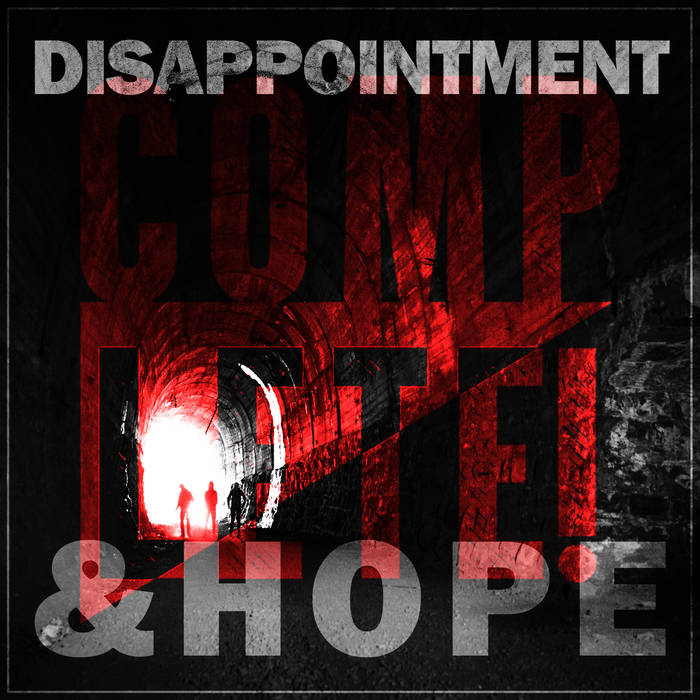 The long wait for Complete! – Disappointment & Hope is now over. To date, the Ukranian band’s back-catalogue consists of two EP’s of melodic Punk-Rock flirting equally with Skate Punk, Pop-Punk and an occasionally Melodic Hardcore. You’ll be able to find the band’s past-work linked later-on but for now, let’s be having some Disappointment & Hope.

In a true testament to Skate Punk-eternal and in tribute to how this record starts, simply put, ‘Good Person’ is perhaps most indomitable track to open a fast-Punk album for quite some time. See for yourself and sample intense European-Skate Punk at it’s best.

Quite unexpectedly, despite a cathartic cry of social-defiance, the melodic ‘Rejected’ opts for a mid-pace drive and diversion from the explosive 1:04 of ‘Good Person’. Although some listeners may see such a move as too-stark of a contrast, due to the lyrical strength and the fact the band are known to slow-down, it does little to damage the flow.

‘Roaches Disappeared Not Because Of Microwaves’ with its hybridised classic and neo-Skate Punk returns the pace many crave. The inventively titled track is another tongue-in-cheek attack on our hierarchical system and how societal-dissent increases by the day. Completes!’s song-writing is relevant and on-point. Pulley fans will find themselves appeased here.

Complete! again slow proceedings to a point. Their anthemic notes still lacerate the sound-barrier in a manner beyond simple fast tempos and techy-guitars however. ‘The Same Story’ is harder and riff-heavy, once more pairing the band’s need-for-speed with their slower Punk influences and emotive-vocals. ‘Endless Winter’ was the second single following ‘Good Person’ and continues this harder-edged, intense riff and vocally coarse sound without losing Complete!’s melodic appeal.

The touching ‘Subtle Smile’ echoes Strung Out had they taken more of an influence from The Offspring and despite the heart-on-sleeve focus, maintains the overall upbeat album. Introduced by fast sombre-tone that permeates the track as a whole, ‘The Smartest’ questions the point of control. Track seven is another fast, politically aware Punk track of a style that though gritty in its own way, is more than inviting reminiscent of bands such as A Vulture Wake and One Hidden Frame.

‘Static State’ is true to the format that made the initial Skate Punk-scene as explosive at it was. It does so via production and technical values imported by the modern variant of the possibly sentient and assertively ubiquitous genre. Find it in our house Skate Punk playlist – Here.

‘The Last String’ closes. Vintage buzzsaw ’90s Punk meets contemporary melody and more of the hoarse vocal style so prevalent yet admittedly underused on the release. Pennywise and Lagwagon fans will appreciate the crunching riffs, playful melodies and all-round vintage sound indicative of how crucial the ’90s era has been in the evolution of Punk-Rock.

It’s only February and Disappointment & Hope is a contender for those end of year lists.

*Note* The Spotify and bandcamp versions of the album have a slightly different running order.