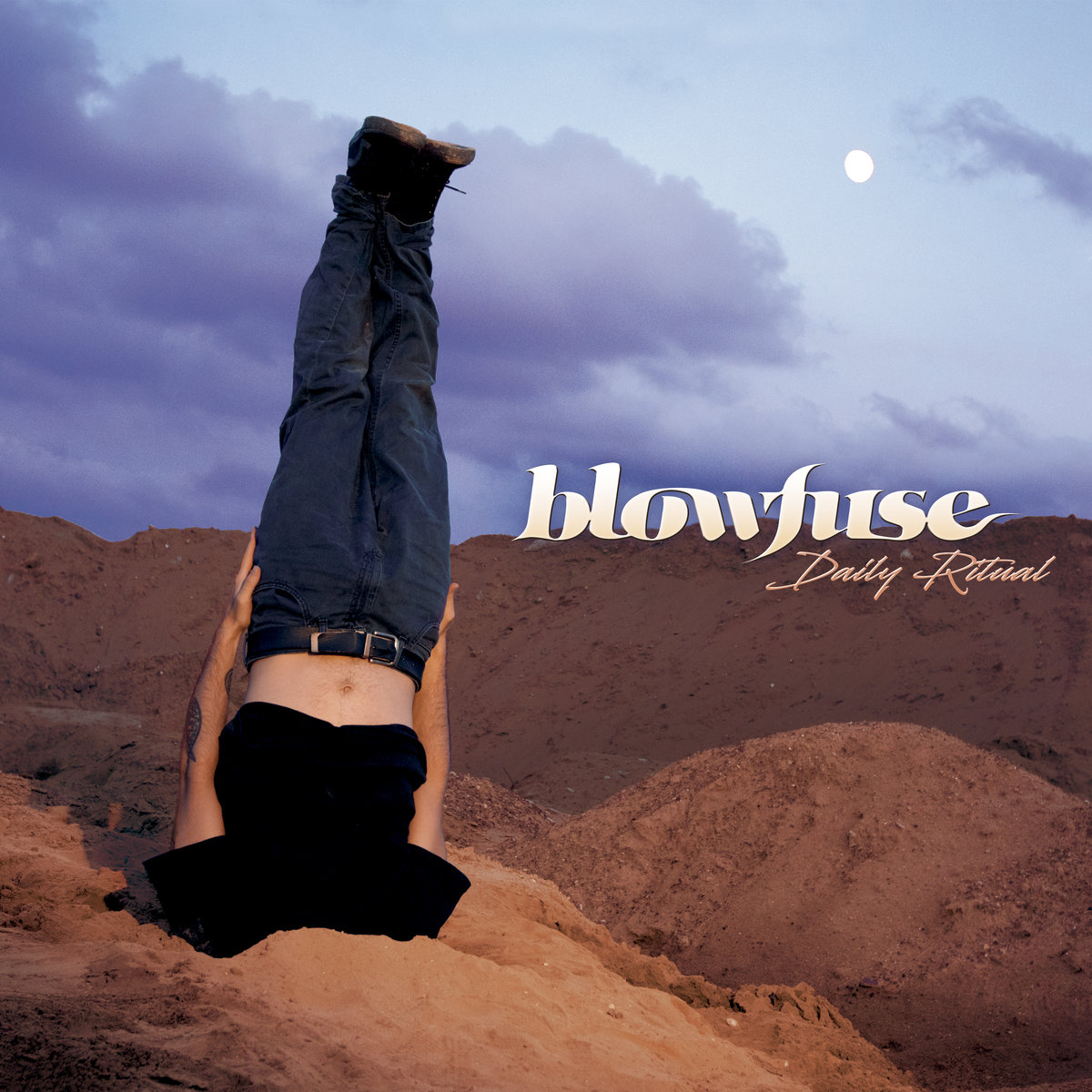 With Skate Punk so out in force in the contemporary Punk scene and showing itself in many forms within its own status as a microcosm within Punk-Rock, the sheer quantity of excellent and quality music being purveyed and championed right now is almost unfathomable. This is particularly the case within the UK and mainland Europe, with the latter being particularly impressive.

Enter Barcelona natives, Blowfuse. A band known for their quirky majoritively early ’90s Skate Punk crossed with that very decades other obsessions with warped Alternative Rock and sporadic emulations of any surviving Hard Rock stylistics. All of this is likely the reason why UK label Disconnect Disconnect Records (among others) ultimately ended up releasing third full-length, Daily Ritual.

Vintage Pennywise, Guttermouth, old-school Good Riddance and a healthy (at times) obsession with the abstract weirdness from the golden days (including the One Hot Minute era) of the Red Hot Chili Peppers.  Those very words in that very semblance of a cohesive sentence should be enough to explain to you what to expect.

‘Dreams’ conjures images of classic, stripped-down, unrelenting Skate Punk that had no real need to be any more complicated than warped Pop-melodies and the odd well-placed melodic guitar-line ala Good Riddance, The Offspring or Pennywise in their early days. ‘Bad Thoughts’ is very much the awkward love-child between The Offspring and Red Hot Chili Peppers and it’s quite possibly a contender for the best of the release but two tracks into the running order. “Groove Alternative Hardcore Punk Rock” perhaps?

In the contemporary scene, it’s beyond safe to say that the melodic stylistic juxtaposing fast and hard Punk, the “woah-ohs” and all the other hallmarks of the ’90s genre that have been so omnipresent and successful up until now, are more than alive. These are characteristics that you can from the very first note of almost any Blowfuse song hear out in force but perhaps their greatest strength is not their flawless execution and emulation of such but rather the classic, down-right fun, carefree approach to Punk via perfect ’90s quirks.

‘Angry John’ and ‘Grand Golden Boy’ – the latter showing an alluring pinch of classic Hardcore – are prime examples of this as Blowfuse near a halfway point already seeing Daily Ritual becoming very much its namesake. Even when the band derail themselves in favour of RHCP-esque “Punk-Funk-Hard-Rock-Stoner-Weird-Groove” – (Matt Speer, Ear Nutrition, 2019) – they are simply alluring (again). In ‘Outta My Head’ the band deliver one of 2019’s notable tracks with each member in their unadulterated element, especially Victor and his exceptional bass-groove expertise.

‘So Long My Friends’ is pure jagged Skate Punk, thick, powerful and addictive – ‘When you’re afraid to open the door
don’t be afraid to fall, be afraid that things don’t ever change’. ‘Sunny Daze’ is very much the sunny-day Hard Rock song you’ve been waiting for with its slow ebbing groove and contrasting vocals. Blowfuse may well be adept at their “Groove Alternative Hardcore Punk Rock” but that really isn’t their whole appeal.

Blowfuse are baring all to you in a way revealing and honest. They want you to know they are a Punk-Rock band that are more than capable of having just a little fun and not limited to the core stylistic values. ‘Change Your Mind’ is the fast melodic Punk that Skate Punk champions, simple, effective and with a crisp delivery. While ‘A Thousand Miles’ is another laden with warped Pop-hooks matched with mid-tempo Hard Rock affiliating Alt. Rock. Blowfuse contrast again here as the final half of the record dispenses away with the idea of hiding the fact that it is following a fast-slow-fast-slow formula in an unashamed fashion.

‘Hit The Ground’ closes an album a huge refinement for Blowfuse fans, a huge surprise for unsuspecting skate-punkers and is absolutely, unambiguously, unequivocally fun for ANYONE who partakes in its listening experience.

Daily Ritual is out now via Disconnect Disconnect Records in the UK and a whole host of other excellent labels worldwide.