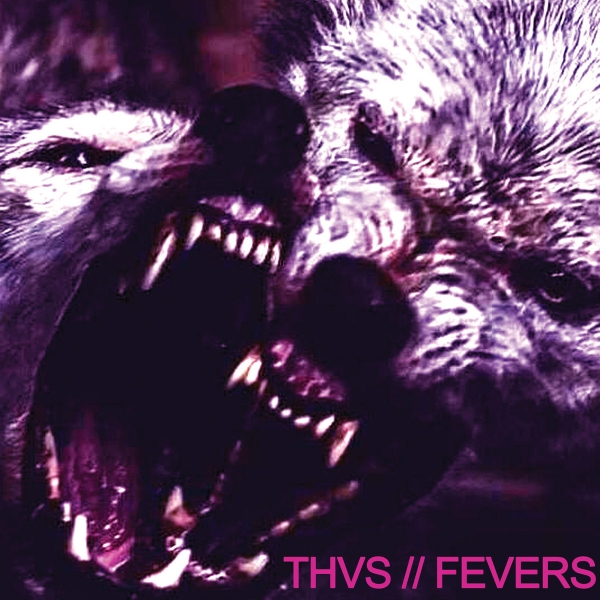 Loud, a word perhaps best used to preliminarily describe the following words denoting to both a band and a release: THVS – Fevers. Enough to draw you in? I hope so.

THVS have been abrasively and violently deconstructing the sound barrier since 2014, with an accosting mix and distorted blend of Hardcore Punk, Noise Rock and Post-Hardcore to a point of near-undeniable yet controlled dirge via Belfast.

Fevers opens in a manner very much akin to images conjured above. ‘Rax’ is distorted and unsettling in every way and once the heaviness sets in, only the drumming is enough to keep you safe. Vocally, tones that are a certifiable and intrinsic mix of Hardcore and Post-Hardcore rule the roost. Either way, the harshness of a voice-box battling against what seems like insurmountable odds from the band’s instruments completely has your attention.

‘Rivals’ continues the Noise Rock instrumental superiority. This time however with far more of a Punk and Hardcore drive as well as subtle but contrasting melody that layers the track beautifully within the context of THVS. ‘Pallisades’ was the band’s forerunning single and it’s hard to argue why anything else would be chosen. The emotive tone of the vocals finally has its time to stand ahead of the dirge so usually neck and neck. The band themselves describe their music as “Heavy Pop”. Now, you can make of that what you will but you’ll agree that whatever you want to call it, THVS’ craft is completely cathartic.

The band’s previous releases are absolutely worth your time and although you can hear how this latest effort is such a natural progression and tribute to roots, the way in which Fevers explores a more melodic and refined sound can’t be faulted. See ‘Brides’.

THVS epitomises the legacy of Post-Hardcore and how those influential ’80s impacted what Punk and Punk-rooted music would go on to be. With this in mind, ‘FVRS’ continues this foray into warped melody as “Heavy Pop” and the band’s progression finally settles and begins to expand.

‘Lux’ could have been on those fabled Rites Of Spring recordings or Picciotto-fronted Fugazi had modern tech been given the distortion rights. ‘Lux’ stands as an album highlight and perhaps the best example of the refined roots. By the time of the pummelling ‘Circles’, the band are simply toying with you and they can’t help themselves. ‘Wounds’ has a tough act to follow after the chaotic ‘Circles’ but through more playful and teasing melodic strings, it catapults you into more THVS-brand Hardcore-groove. Find it in one of our house playlists – Here.

‘Distances’ is effectively three-different tracks and its brilliant in its trichotomy. It wants to stay slow over a lumbering bass-line in relative simplicity, yet also wants to unleash it’s itself as it does intermittently throughout via slowed Hardcore and finally jets off for an excursion into fast “Heavy Pop”. This penultimate track very much stands a poster-song for the record as a whole and by now I shouldn’t need to articulate why.

Fevers closes with ‘Brando’. Its colossal 8:12 duration sees THVS having one last bit of fun on this utterly exhausting and powerful release. The Track is more of the same but welcomely. ‘Brando’ still manages to surprise you, however, with the standout moment between 2:49 and 5:27  where the defiance subsides and an almost haunting build-up leads to and ends with fast warped, melodic Punk before a mess of strings and distortion finishes it all.