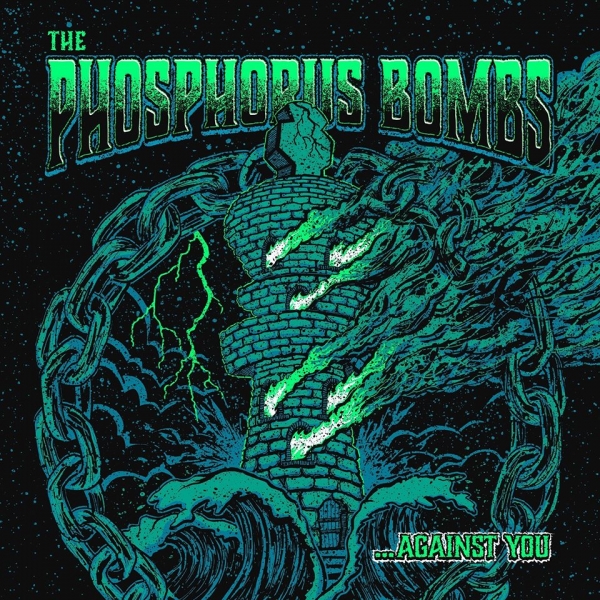 The Phosphorus Bombs and …Against You!.  A release that boldly sets out to combine the seminal early work of the likes of Bad Religion and Sick Of It All. What makes this statement even better, substantiates it and also thickens the plot is the manner in which the band also market the forerunner and opening single of the release.

The eponymous track, ‘…Against You!’, is described via the band’s own mouths as – ‘The bastard offspring of No Control and Scratch The Surface’ – in yet another bold statement made by a confident band. But, is there any truth to of either of these?

In so far in as ‘…Against You!’?  Yes. I would even go as far in to say that you can hear more than just the seminal No Control in the relentless Skate Punk-‘core on offer. Bad Religion’s dated but well-aged debut can be heard off the back of classic Hardcore before The Phosphorus Bombs piggyback onto a charged and visceral nod towards a Classic/NYC-‘core cross. The title track is melodic in the vein of Skate Punk but through its sheer ferocity, speed and conviction-laced vocals, utterly encapsulates Hardcore Punk-Rock. ‘…Against You!’ wants you to all to get on, but first, needs you to be aware of your ideological blindspots. Find it in ‘New Old Core!’ on Spotify – Here.

The band have a clear penchant for classic Skate Punk and melodic Punk-Rock. Yet, as you move through The Phosphorus Bombs material, the band’s steady encroachment onto Hardcore territory becomes all the more intrinsic and makes more sense as the releases wash over you. That said, the band still hybridise in near to equal parts in tribute to their roots. See ‘Closing On The Centre’.

The Skate Punk chord progressions played to Hardcore temperament heard in track two couldn’t allow the melodic and layered ’88 Rising’ to enter with any more excellence. The band have thrown a spanner in the works not to scupper the flow but to divert it simply towards another facet of their sound and have truly out-done themselves. Fans of the Manchester (UK) based Incisions will surely want to take notice of these Australian tempo-junkies. 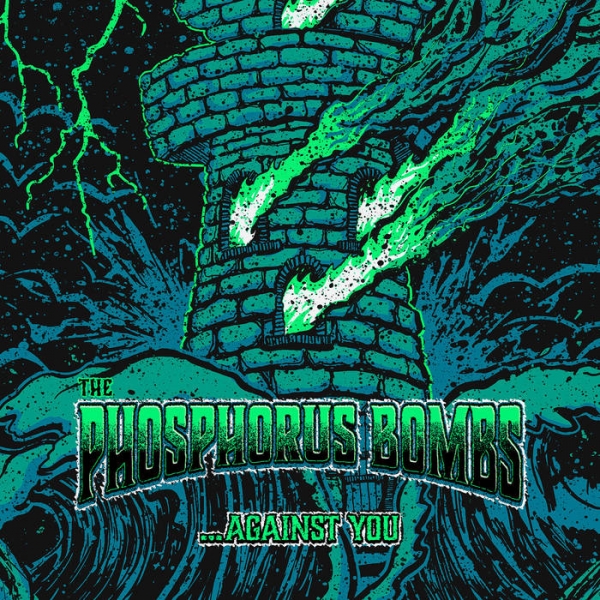 Notwithstanding the brass infusions, ‘Past Tense’ subtly plies itself with melody without leaving the now at-home Sick Of It All ‘core too far behind. These are short songs designed to make an impact and leave, much like Scratch The Surface in sound and No Control in point. ‘Past Tense’ follows well enough from ’88 Rising’, maintaining an effortlessly strong continuity but still staring up at the benchmark set prior.

The Bad Religion-isms are once again strong through chord progressions that although on the fringe of Hardcore, still adhere to a lot of the fast ground-work from both BR and the Adolescents.

This is not the Hardcore release it initially led you to believe it was and it’s not a Skate Punk release either. What TPBs have crafted as a release and per-song is a sound that can alternate between the two before you even notice it and it’s truly very difficult to criticise. ‘Relief, Empathy and Compassion’ is, within the context of this release, a complete shocker and deviation. The band’s Hardcore ebbs back its aggression towards its melodic variant, while the Skate Punk on offer alternates between clear and subtle in regard to a move towards contemporary layered and melodic Tech-infused Skate Punk and it is really something.

Within the scene, what a great many people fail to either accept or perhaps even notice, is the penchant of NYC Hardcore to throw-in an upbeat Punk-song far removed from the rage it’s known for. H2O do it, as do Sick Of It All and now so do The Phosphorus Bombs.