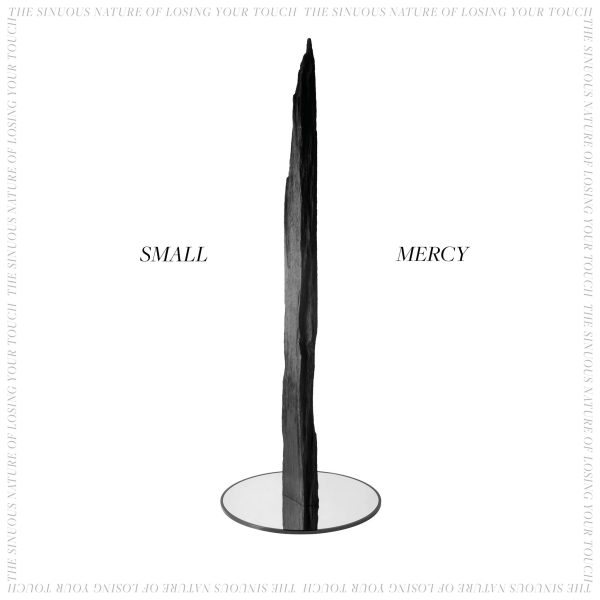 Small Mercy and The Sinuous Nature Of Losing Your Touch then. A band and their debut entering into a period where the words “Post-Hardcore Revival” are reverberating around to the same spasmodic structures of the genre itself. Post-Hardcore, despite a huge diversity and many nuances of itself, continues to be been a crucial aspect of the greater Punk and heavy music scene. This is where Small Mercy come in via five offerings released back in March 2021. Shall we? To London.

‘Skin The Fur’ was the band’s debut single and is instantaneously in a (coordinated) battle with itself. A melodic, meandering lead rounds an abrasive rhythm section paired with vocals mired in the same melodic to the harsh existential juxtaposition. ‘Skin The Fur’ motions between the accentuated polar opposites of Post-Hardcore with confident ease, refusing to confine itself to any one position. Wholly, track one intentionally threads through what keeps Small Mercy sewed together, serving just as well as both the lead single and as the first track of the EP.

If you were to hybridise the shifting intensity of Alexisonfire, the explosive presence and Post-Hardcore classicism of Petrol Girls with a clear penchant for Metal, ‘Skin The Fur’ would be the outcome. Though you could arguably apply this to the rest of the debut.

One of the biggest mistakes a Post-Hardcore-centric band can make is to forgo the aggravated tempo of its Hardcore roots. Though such doesn’t necessarily need to be at full pace perpetually, the repurposed intensity of the genres evolving lineage is an arguable requirement for it to land effectively. Thankfully, skillfully, vigorously and with a brash yet precise display, ‘These Three Witches’ embodies this fantastically and release notable “T”. Vocal interplay then rules aggressive verses before harder, mostly singular displays keep you in your place as lightly metallic drumming perpetually cycles, preventing escape. Track two is an uneasy, structural cascade through well researched contemporary Post-Hardcore and is arguably the best on The Sinuous Nature Of Losing Your Touch.

‘What Max Said’ further exemplifies the control from behind the band’s drumkit seen across this EP as a droning bass backs melodic tones pushing Small Mercy’s Post-Hardcore toward the periphery of its Emo-cousin. Track three is a case for the band to encroach and coalesce with this aspect of the scene and to provide their own stamp on it via their intrinsic intensity. To be succinct, though obviously favouring one corner, Small Mercy don’t fear excursions from it.

‘I Confess’ then enters in a manner that was definitively eventual from the start. Track four fully showcases the vicious Metal influence on Small Mercy. This pervading edge despite its ubiquity across the EP generally, provides a stark aggressive contrast following its comparatively more melodic predecessor. However, with the band’s more melodic tracks unable to resist a keen edge, the same can be said for their resoundingly more aggravated and vitriolic displays yearning for their melodic fix. ‘I Confess’ is rounded with such a satiating need and playfully references the skilful balance Small Mercy can employ at any given moment.

Though an inevitable and more extreme excursion, ‘I Confess’ leaves a lasting mark on the closing ‘When I Find You’. Akin to the four tracks following it, both intensity and tempo alternate as the anger of the former continues, morphing into an abject, weighted sadness. Small Mercy’s vocal interplay further echoes the influence of Alexisonfire’s dual vocal approach in a constant juxtaposition. This is cleverly matched by the spasmodic rhythmic contrast of the coordinated sonic battle Small Mercy artistically conduct. From melody to unabated metallic abrasion, ‘When I Find You’ is a multifaceted track equating the frustration of feeling across its poignant self-reflection.

The Sinuous Nature Of Losing Your Touch earns its place amongst the diversity that is contemporary Post-Hardcore music, with Small Mercy more than doing their “homework”.