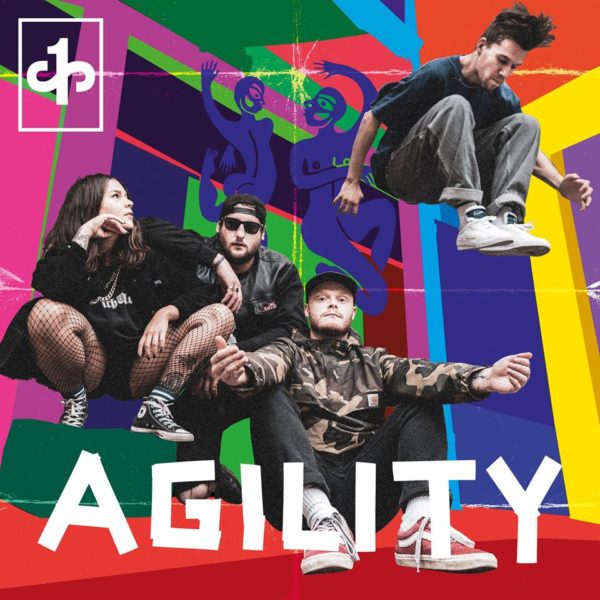 Why have I titled this “SickOnes and Their Agility” rather than a more plain-sailing standardised review-formatted title? Well, that’s because this point in the career of the underground UK Hardcore staples is one paramount within the context of their continued longevity.

Now, I could have perhaps made that sound a little less wafflingly-pretentious but then it wouldn’t be as fun. I digress, with the release of ‘Agility’, SickOnes have entered what I like to name, “SickOnes 3.0”. The band’s journey into a second vocalist, experimental outside of the box Hardcore and now a fourth member, has taken an age. One that fans and observers of the band have seen unfold progressively yet frantically, ala the band’s mantra.

Before we move on. Here – you can find an interview with founding member CJW dated August 2018. And – Here, a review of the band’s May 2019 EP, that was itself Kristie Easterbrook’s debut release as the resident S1s voice-box.

SickOnes have the uncanny ability to sound unquestionably intrinsic whenever they change it up; so-to-speak. The band’s moving-forward state-of-mind is key in this. ‘Agility’ sees Easterbrook’s vocals harsh, cutting and truer to themselves and perhaps the most notable aspect of the whole-thing being only as prominent as it needs to be. Change doesn’t always need to default to stark contrast. I am of course referencing the defining part of SickOnes 3.0, the inclusion of bass-strings via George Walker.

‘Agility’ is the first public-aired track written with the bass included. The band have rehashed choice-cuts live with both Kristie’s and George’s inclusion to good effect but there was always that question of WHEN would a four-piece track be unveiled. Mr. Walker’s bass-work not only feels as if it should always been there but crucially does justice to the band as a whole. CJW’s axe-work always negated the need for a bass and was supplemented by it live well enough, but what it does in ‘Agility’ is allow each member of the band’s craft to shine individually as much as it does collectively. And yes, this includes the rhythmic plodding of the tallest drummer in Punk. Citation needed of course.

This latest offering cleverly tributes the band’s former more traditionally focussed Hardcore intensity from way-back-when as much as it does with the carry-over from Candid/The Step/Exit Years. Vintage back-to-basics Hardcore is present, as is the band’s penchant for groove-laden east coast US ‘core. SickOnes ply their craft with further Post-Hardcore as well. They do so with an almost Fugazi-esque flirtation and go further with a notable Indie/Alt. Rock-esque Shoegaze approach that many long-time fans have come to happily expect.

In occupying 3.0, S1s are swiftly moving forward without forgetting what mathematically makes “3” when combined. In many ways, ‘Agility’ marks a point of settled comfortability. However, truthfully, every slight exploratory Hardcore number they release warrants such-a-wording in its description. Again, the band have an uncanny and arguably unrivalled ability to make everything thing they do sound natural to the point of it being as if it had always been so. Find it in the EN New Old Core playlist – Here.

However, I just incessantly waffle on. So what do I know, eh?