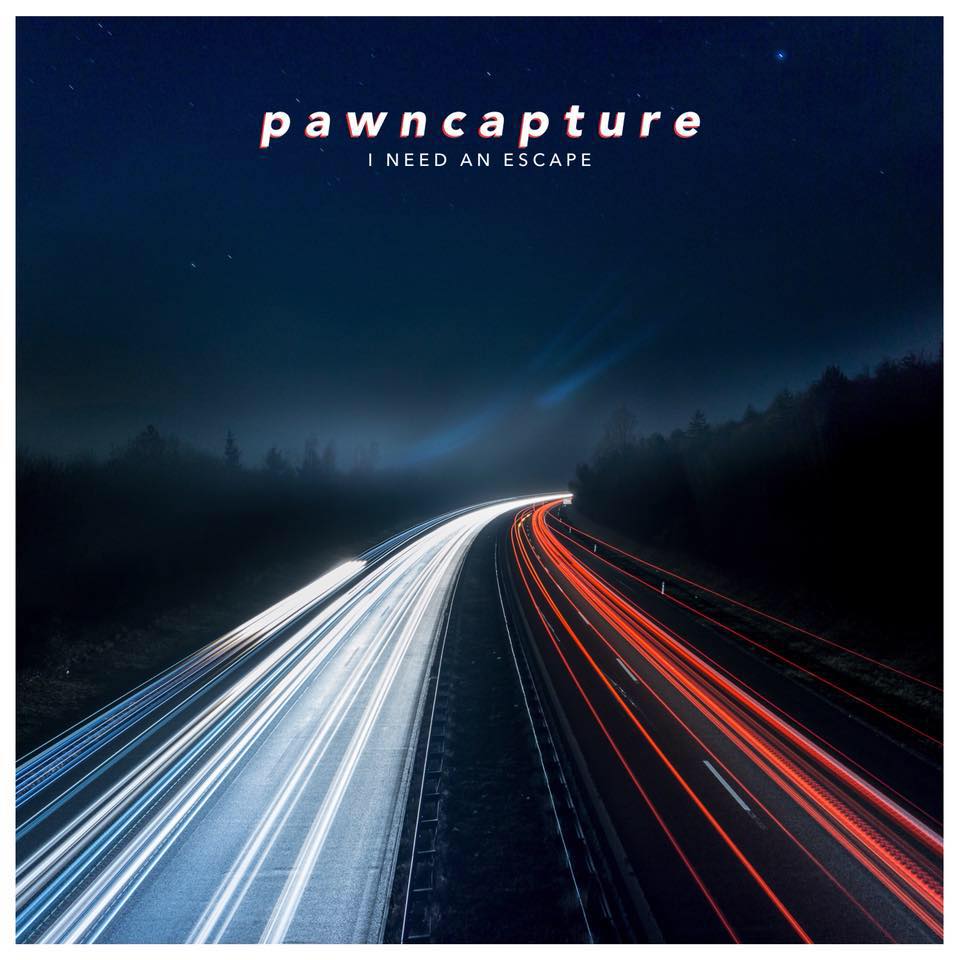 Maidstone-based two-piece pawncapture are known for their all encompassing sound when it comes to their lives shows. The band compensate for their numerical membership with the ability envelop an audience in a wave of melodic and soaring yet heavy, raw and progressively-toned amalgamation of Indie-Rock, Emo and Post-Hardcore.

This at least would describe and categorise their first release. I Need An Escape takes the subtle hints at “twinkly” Math-Rock and Post-Rock-esque melodies and propagates it further in a sound far more soaring and melodic. Something readily seen in the opening “post-rock with words” of ‘The Caves’, where calm, sombre vocal tones match the slow-ebb of the bass-line and rhythmic plod of the drum beat, as the words ‘I’m so tired of working all week’ resonate, in a tale of self worth and frustration and exhaustion.

The track’s end skilfully edges the listener back to where the band are more at home with a more traditionally “rock-led” sound before a slow and sharp Alternative Rock intro commands your attention in the comparatively discordant ‘Red’. ‘Red is very much the Emo conditioned Alt. Rock song that spent enough time with early Post-Hardcore to give it a delicate but notable edge.

‘Red’ is another cathartic release where paying close attention so the wording reveals it to be nearly as enveloping as the increasingly heavy instrumentation. This middling track in the order of three examines the sometimes painful and ambiguous dwelling our contemporary society has on the concept of being “normal”.

‘Line In The Sand’ takes the Post-Rock sound of the EP’s opener and positions it in ever so slightly close proximity to ‘Red’ but in a way reminiscent of the Indie-Rock elements from their debut release. pawncapture successfully lull you into thinking that intricate and layered Post-Rock will follow but it’s a sense of security not fated for much longevity.

pawncapture employ a playful loud-to-quiet Math-Rock dynamic into a similarly toned line, repeating itself seven-fold before the two-piece give away to a cumbersome and cathartic Alternative Rock break-down that takes assumed control and hegemony over the rest of the track, indeed alongside the best of the band’s vocal work and then abruptly ends.

pawncapture aren’t a band that any purist would call or label an epitome of Progressive Rock but rather a band comfortably experimenting with what they know. I Need An Escape is a huge step-up, so obviously so that the very step-up from such a upward movement will likely be something to look forward to but for now, pawncapture will have you enthralled enough with this three-track effort.

Rachael Webster and The ‘Find A Place’ EP.