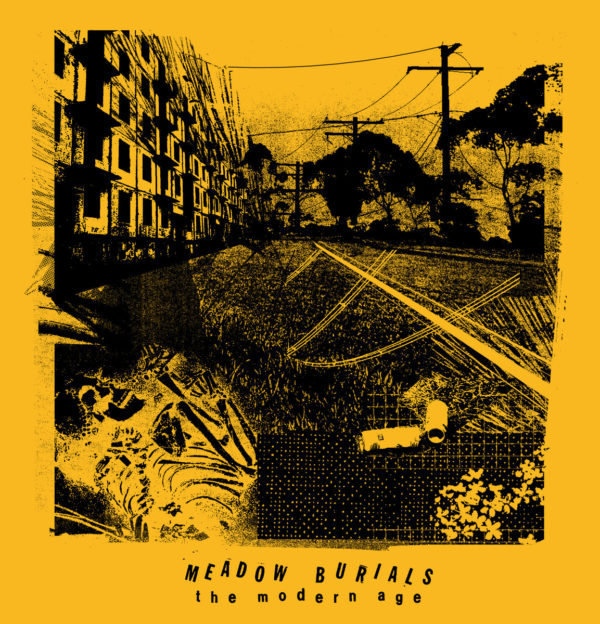 “Meadow Burials and The Modern Age” sounds like some sort of sinister essay looking at a prospective and questionable practice. Alas, it isn’t something quite so horrifying, but there is some truth in those words. The Modern Age is in fact, an extrospective observation of the society we unfortunately inhabit, purveyed by what was a one-person project. Oh and I suppose it is important to say its a project-based somewhere around Bath in the UK south-west.

Oh and one more thing! The Modern Age in it’s three raucous low-fi tracks, opens and closes in a modest two and a half minutes.

Much like its predecessor and its two physical-runs, the 7″ sold out faster than a Powerviolence full-length via small-run experts, DIE DAS DER. You can find a full review of Preface – Here. Meadows Burials was entirely fronted by one Nick Wilton(e) on Preface. The one human-band formula was, well, as you’ll read, quite successful. Now, however, it’s almost at a point where it’s become a pseudo-band of sorts. You could just say that Nick ‘[…] roped in some collaborators to help on this one’.

Oh, I see, it’s a Punk release, now it all makes sense! 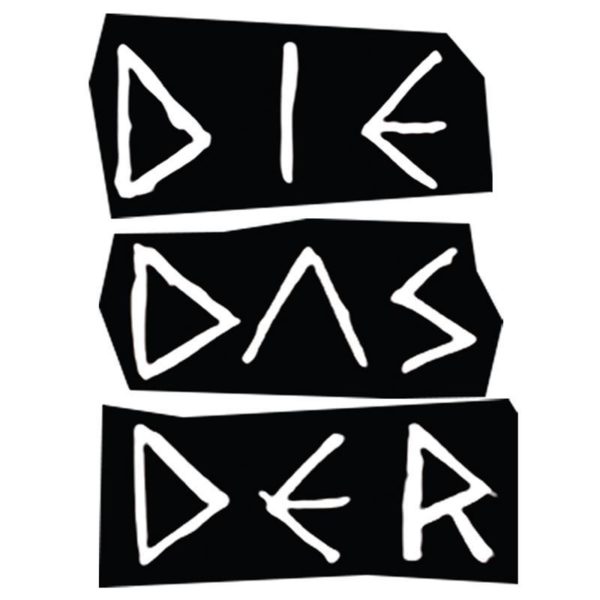 ‘Crossfire’ is comprised of various one-liners that are in-turn restructured into a song that is itself the complete by-product of simply existing. The track employs the urgency from the more vintage Hardcore influences upon Meadow Burials but only partially. Instead, far more focus is employed towards stripped, back-to-basics almost Proto-Punk as if such a sound had resurfaced for some reason after the initial Hardcore explosion. Meadow Burials may actually be a pseudonym or perhaps the front for a clandestine operation to alter the timeline of Punk-Rock entirely! Realistically, this obviously isn’t the case, but the way in which Meadow Burials bridge these two worlds very much allowed for such an outlandish way of illustrating it. I have spoken. I think.

The eponymous ‘The Modern Age’ pushes further towards Hardcore Punk with the Proto and Garage Punk now confined to the lower end of the ratio. ‘The Modern Age’, once again, is another tirade of arguably post-Orwellian societal disdain. The Modern Age is a release of frustration. Political corruption and blurred truth via social media dominance are the hegemons of this modern age and these are the very things this EP of short, sharp Punk is more than sick-of.

‘Everything’ falls back on raucous vintage Punk-Rock as some sort of mid-point between what ‘Crossfire’ and ‘The Modern Age’ battled around. Did things used to be simpler? A hindsight-reprieve from this maelstrom of confusion? Maybe. ‘Everything’ dabbles in such a debate and yet in true Meadow Burials style, it’s over before you know it.

This is an EP you’ll need to repeatedly blast two-fold. Admittedly, although intriguing, you only have limited time to immerse yourself in its simultaneous intro and extrospection. The Modern Age is well-articulated, but brief, balancing itself between point and delivery. Secondly or should I say firstly 2.0? The above is obviously deliberate and ultimately finds The Modern Age as natural to itself as it can be. To be succinct, you should repeatedly play this second EP simply on its own merit.

It’s only true crime in fact, is its three-track stature. However, today isn’t just focussed on the EP wholly. Today, EN is also premiering the video for ‘Everything’. The visual accompaniment sees the track make even more eerily emphatic sense, enjoy!

In almost being a real band, Meadow Burials have delivered. Here’s to the next one.

Nick is also one-half of Ghost Of The Avalanche, who you can find – Here.