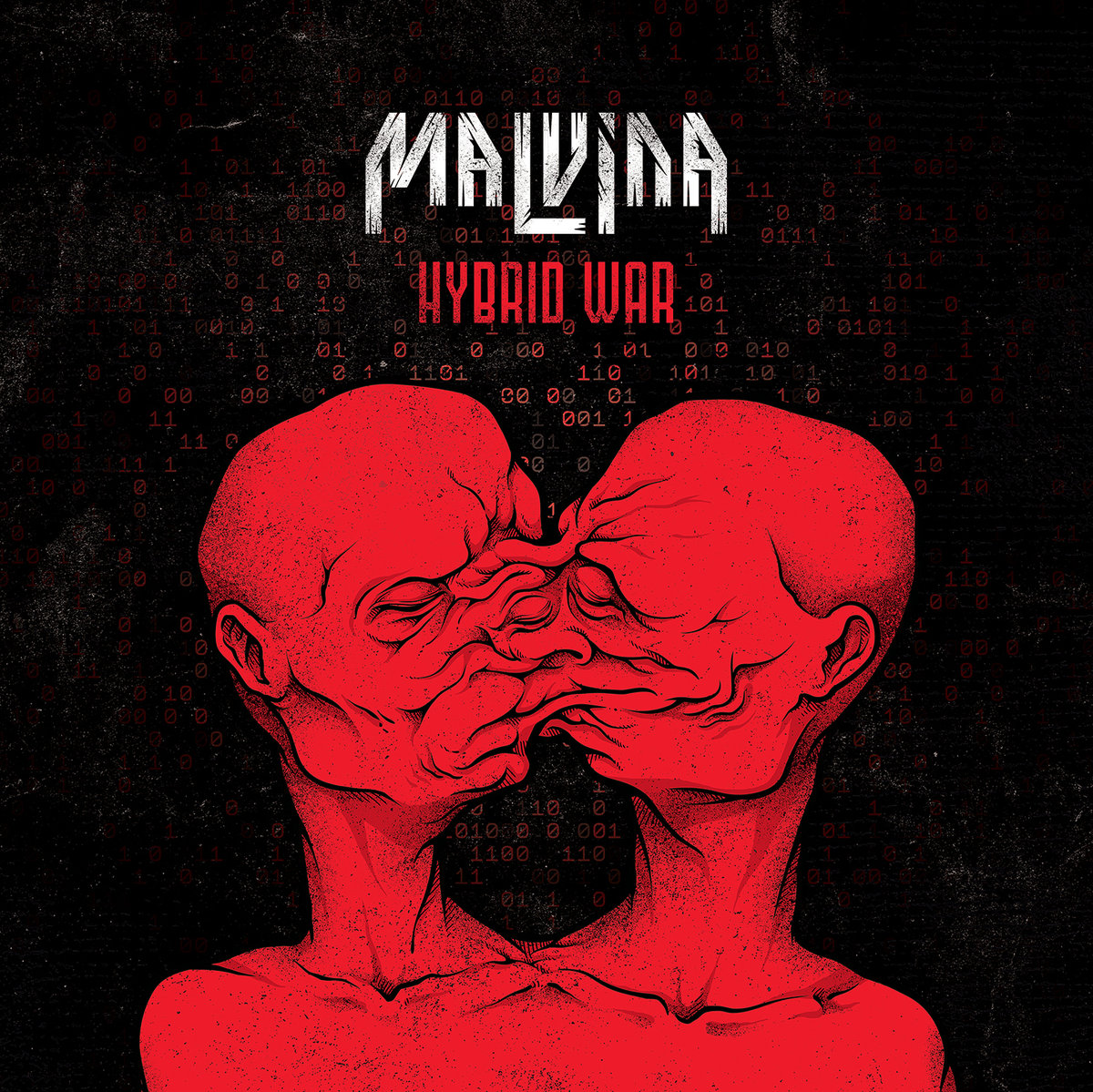 ‘Hybrid warfare is a military strategy that employs political warfare and blends conventional warfare, irregular warfare and cyberwarfare with other influencing methods, such as fake news, diplomacy, law-fare and foreign electoral intervention’

Malvina. A band from Rio De Janeiro, Brazil. A band that are not only angry but intelligent, not only technically proficient but insanely precise and pushing the boundaries of Punk and Hardcore music through their heavily political breakneck cathartic outbursts of jagged riffs, complex layers, ever-changing signatures, thick aggressive metallic infusions and near-unparalleled energy. If any of that sounds enticing or you’re already a bonafide fan of modern Tech-Punk and Progressive Hardcore and/or are already destroying your ear-canal with the likes of The Human Project, Fair Do’s, Adrenalized or Almeida then Malvina are very much right up your shredded little alleyway.

This is album impressive across the board from its Progressive Punk and Hardcore stylistics to its heart-on-sleeve politics concerning interference from an overtly orange despotic maniac, to the very same closer to home in the band’s home country of Brazil and then the ever-widening destructive interests of Capitalism and its damaging hegemony. Punk has always been about pure expression be it political or not but in the case of Malvina, the band have indeed had enough and need to release and educate those towards what is really going in. To invoke the scene maxim, ‘This is just a Punk-Rock song […]’. Do yourself a favour and have the lyric-sheets in front of you.

Warped Hardcore-Skate Punk is your second track and it really delivers. You may find it in the playlist you have linked above. The band’s skills at arms is something I and indeed you can never overstate and this second track firmly solidifies your attention to a point of awe-immersion that you never thought you’d fathomably reach. ‘Scenario’ is the band’s longest effort on this release, with said duration a key-nod to their Progressive Rock affiliations. Importantly, the track shows you that despite this mastery of proggy-Punk that Malvina so EFFORTLESSLY purvey at varying intervals, they still adore fast-melodic Punk and it doesn’t go unnoticed.

If I was to “track-by-track” this album in the level of detail respective of the nature of the music I would write a chronicle but I shall endeavour to pique your interest nonetheless. ‘Heraklion’ is a track in-love with Metal but dedicated to unstoppable Punk-Rock skin-beating with the result being siren-like complexities that on many occasions seem unbelievable in regard to Malvina’s three-piece structure.

By the time you reach the as-near-as-you-will-get to classic Hardcore Punk of ‘The Anomie’ you are at a loss. You become the victim of a paradox, the band are exhausting and you’re done but their adrenalised nature is also precisely why you are still so enthralled. The band are at their best because they are impressive and worst because they are overtly obnoxious and you don’t know what to do. That is until you realise that this isn’t a paradox at all, it is rather just the perfect madness induced by the ridiculously enthralling nature of Malvina-brand Punk-Rock.

‘Nowhere At Home’ is sonically chaotic and could not be so without the skill and stamina of Renato Avellar. The track boasts yet more of the addictive progressive guitar-work tuned somewhere towards Punk as much as it isn’t as the lyrical content hits harder than you were ready for. Further glimpses of classic Hardcore via what feels like Mathcore open ‘Hairesis’ as the track cannot stylistically sit still through Skate Punk, Hardcore, Metal and sheer ‘core-fuelled Progressive chaos skillfully made quite the opposite by a band consistently blowing your ears off.

Malvina opt for Thrash more noticeably in ‘The Cypher’ and within the final two tracks closing this festival of noise, you very much receive more of the same Progressive Punk/Hardcore/Metal hybrid and you’re far more than satiated.

Malvina, not simply once – because they are worth more than that. Hybrid War is out now via Electric Funeral Records.