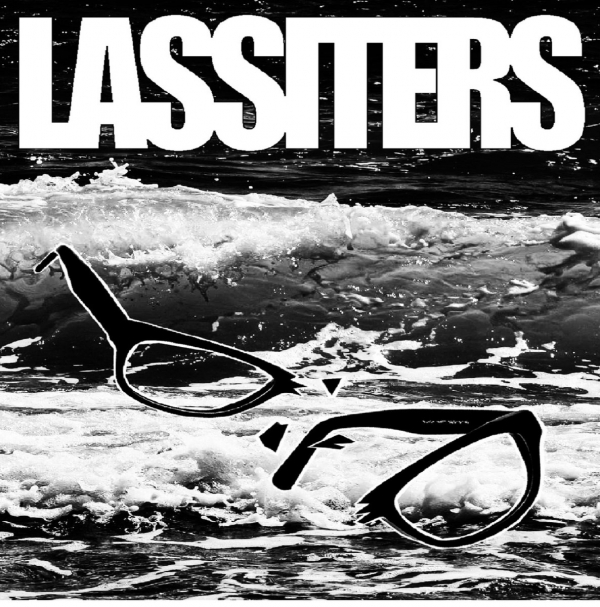 London‘s Punk scene is omnipresent and perpetual. The genres permeance and birth of other styles of music is something that I truly hope never ceases and desists for the sheer discordant chaos of bands such as native three-piece LASSITERS would never have its chance.

This is music that in its live form is a requirement for those who champion the relentless hardworking nature of the underground Punk and Hardcore scene. From the bursts of Hardcore speed to the chaotic seemingly random (but not at all) bursts of sonic chaos and distortion, LASSITERS are a band both terrifying and mystifying; this being something instantly obvious from their eponymous (demo) EP from 2018.

This is the Punk soundtrack to your existential crisis. Your week isn’t going well but you decide to go to a Hardcore Punk noise-fest of ear destroying dirge. ‘Pissed Robert (the robot)’ opens within a maelstrom of warped Noise Rock guitars built on a Post-Hardcore rhythm and it would satisfy most until the end of the track but not the band. The three-piece merges these warped juxtaposing discordant melodies with a burst of “traditional” Hardcore tempo as vocals piggyback from warped Jello Biafra wails to harder Punk and ‘core shouts.

It’s utterly shocking that even if you survived the first bout that it in fact only clocked in at 2:25. The second offering plays on the fact that your walls have fallen to introduce Noise infected crunching mid-tempo grooving-Hardcore until once more they simply cannot contain themselves any further and fall into up-tempo warped-Punk. This may sound like a sonic mess but this is indeed very well put together and encompasses you with ease.

LASSITERS sound huge there is no doubt about that but it is their foreboding guitar-tone that allows this existential crisis soundtrack to truly live. ‘Shit Phone’ tries its hand via the more melodic end of the band’s sound and to the trained listener its more than notable. The aggression of the three-piece is near-constant but it’s purveyed in such a disinterested, chaotic and even near-insane manner that its power to have you transfixed is considerable. By the mid-point, a latter-day Black Flag-esque rhythm and basic but excellent chord progression reminds you that although they wish to warp, destroy and rebuild Punk in their own image they have done their grubby late 70’s and 80’s homework. ‘Shit Phone’ probably stands as the best on the release, probably and I say so because by this stage on the release I’m beginning to lose my mind.

‘Perma Screw’ is another much like is predecessor in that if you enjoy a band by the name of SPLURGE from London-town then you’ll rather enjoy this. Don’t know who that is? Well, do the thing – Here.

‘Yeah I’ve been wasted but it’s a waste of time’ is a line you won’t forget anytime soon and sets up a closing number up there with the best of the four. That may seem like a throwaway statement but I shall scribble what I wish. ‘Perma Screw’ is more of the disaffected, distasteful yet tasty Noise-Punk-Rock where the band appease those truly polarised in taste simultaneously. The Post-Hardcore stylings of the bands are more of an affiliation either intentional or accidental but why they are there matters not, for the band’s craft is not a one-trick pony and that is truly paramount.

The band’s technical ability is shown off in this final track though in truth it has been all along. From the moment the vocals subside around the 1:40 mark, LASSITERS play out how they wish and have some fun, with said three-letter-word being what this ear-destroying release is without a doubt and absolutely.