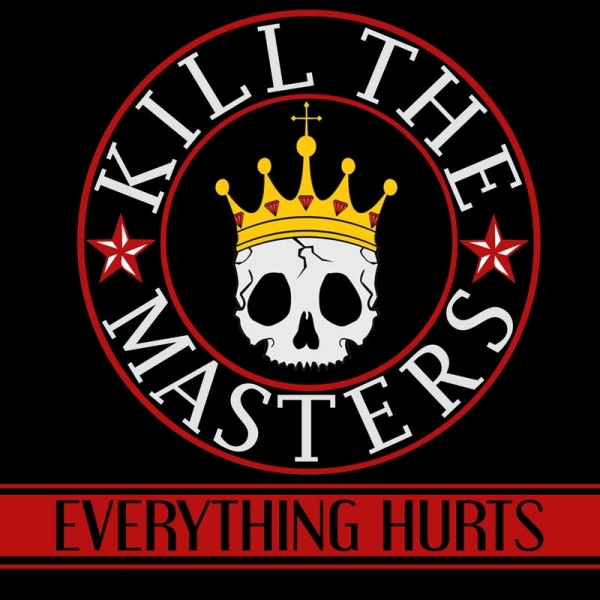 Bolton three-piece in their own words, describe their occupation as thus – ‘We play mediocre Punk music and shout about stuff we don’t fully understand’. A statement that in reality is mostly uttered in humour but it still goes someway to giving any prospective listener at least and idea onto what they may or may not be about to hear.

Everything Hurts is the bands debut EP and begins with ‘Apologies’ where the band lambast their surroundings and the obvious and inherent corruption of the political system in a manner angry, but expressed in a dry-witted classic Punk delivery of snotty humour used to simultaneously ease the point through as much as it does accentuate it. The band’s use of dual-vocals and deep 80’s Hardcore toned classic Punk rhythms allow their sound to sit between the two schools of Punk-stylistic in a manner more than appealing to both.

‘Questions’ on the other hand moves almost wholly away from this harder Punk sound in favour of melody and flirtatious guitars that move from Ska/Dub verses and melodic vocals into a low-fi-esque 90’s Punk toned guitar-line ever so slightly bridged with a Folk-Punk fluttering aesthetic. However, the moment you feel comfortable, this then changes again onto a charge of eerily Post-Hardcore toned fast Punk before the stop start Ska verses take control at the drop of a rude boy hat.

Kill The Masters are playing with you through pushing as much of their Punk-research as they can via five minutes of constantly shifting stylistics, expertly interchanged from individual (and notable) bass-lines to tempo and just about every aspect of this second track. Kill The Masters have killed the masters and are playing with your understanding of Punk-Rock music.

With their debut EP (un)lovingly titled Everything Hurts, it was only a matter of time before a track with something to do with or affiliated to the working week would make it’s appearance. This is exactly what you are presented with in ‘Slave To The Grind’, a track classic 77′ Punk through and through almost completely bar it’s immensely satisfying equally classic Rock n’ Roll guitar solo.

The band close with ‘Drugs In The Sun’, a track that is subject to another immersion into Ska, this time more inclined to it’s cantankerous cousin Ska-Punk in a track laden with dark British sarcastic wit combined with winning sardonic delivery and one part “fuck it lets just make the best of it” attitude. ‘Drugs In The Sun’ not only captures the hopelessness of modern life but perhaps presents the most British way of looking at it with said aforementioned attitude and mantra.

Musically Kill The Masters have very much nakedly shown themselves with this debut EP in a move always risky but similarly, if pulled-off, always worth said risk. The band could easily segue into any of of these styles a little more for other material or perhaps jet off into some overt version of just the one and it would make no difference, they’d just get on with it and show only their best.