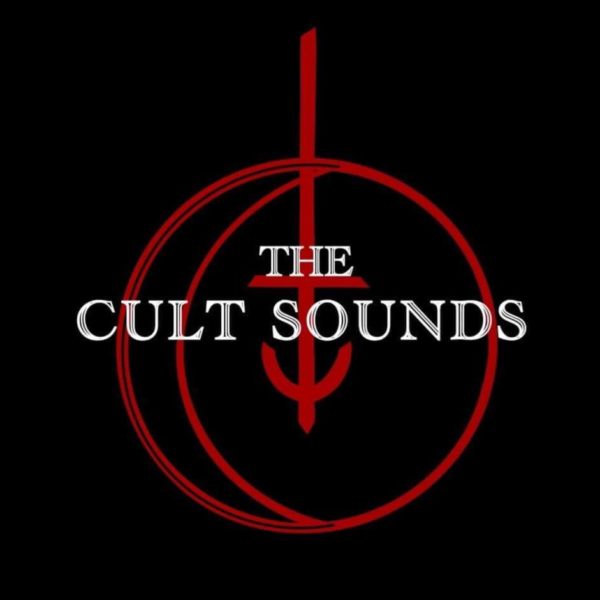 Post-Punk is, for a lack of a better set of words, “a funny one”. A funny one that today, has resulted in introducing of The Cult Sounds via a few words and relevant sounds to adequately break down what the band are indeed about. Hailing from St. Louis, Missouri, The Cult Sounds approach Post-Punk from all the usual vectors and within all the archetypical parameters, to then modernise and infuse it from external sources where necessary.

From the glaring, brooding drudgery of ‘Bela Lugosi’s Dead’ to the eerie, ironically and harmonious ‘Drowning Lessons’, The Cult Sounds do as well to adhere to the classics as they do stretch their explorative limbs freely. The former displays their inherent Goth-esque lacquer and the self-sustaining, gloom-subsisting atmosphere and is an important starting point for any prospective ear. However, your starting point wouldn’t be whole without its begrudging first hurdle. ‘Drowning Lessons’ playfully layers itself with what would become Indie-Rock later in the timeline. ‘Drowning Lessons’ despite deviation teases a Punk-esque, Alternative Rock weight and drive but only to a trained ear. The Cult Sounds, dramatically make use of the pieces Post-Punk brought to the table, but rather than allow them to rule, instead, encourages symbiosis.

The above, in a poorly-lit, dark, damp nutshell, is where the band’s 2019, eponymous EP occupies quite comfortably. The Cult Sounds permeate their craft with intricately refined Post-Punk-era guitar lines and lead while anchoring their drumming and basslines to a point of natural faux-certainty. To be succinct, the band are perpetually ready to alternate and infuse their foundational Post-Punk with whatever branch of the Punk-tree they wish to. The band achieve this wholly on their debut and emphatically show their true form via their stellar track arrangement.

‘Anatomy Of A Car Crash’ playfully cycles weight, riff-heavy Alt. Rock and ‘Sixth Day Hallelujah’ harkens back to a time where Post-Punk wasn’t aware of its forthcoming legacy. The latter of these two marks a point on the debut where the genres danceable gyration-inducing capabilities reach a fruition of undeniably infectious existence. However, it is the closing track of The Cult Sounds where the band, mark a change in their approach. The previous lashings, infusions and flirtations toward a driven “rock” sound find a compromise with the ubiquitous nature of TCS-brand Post-Punk. The track’s rumbling bass-tone, layered, near-Post-Hardcore structure and urgent vocals elevate ‘Nail In The Coffin’ to a premier stepping-stone. Introducing The Cult Sounds is beyond a simple paragraph or two.

But where are the band now? And with an LP materialising this coming October. What of The Cult Sounds of 2020? ‘Let Flowers Die (You Never Do)’ imbues the inherent gloom of the band with a charged Punk-Rock, Post-Hardcore-esque but resoundingly Post-Punk-glossed cathartic blast. Given the scope of the band’s experience, such a track isn’t a revelation, but representative of a creative process fulled by perpetual inspiration. The topical ‘I’m Afraid Of Americans’ furthers this Punk-oriented foray through political jabs at contemporary Americanism and beyond. ‘I’m Afraid Of Americans’ twists its American existentialism through Punk, into an intrinsic Grunge warped with the electronic-leftovers of Post-Punk and its penchant for further-warped, eerie and down-right creepy sonic mannerisms. 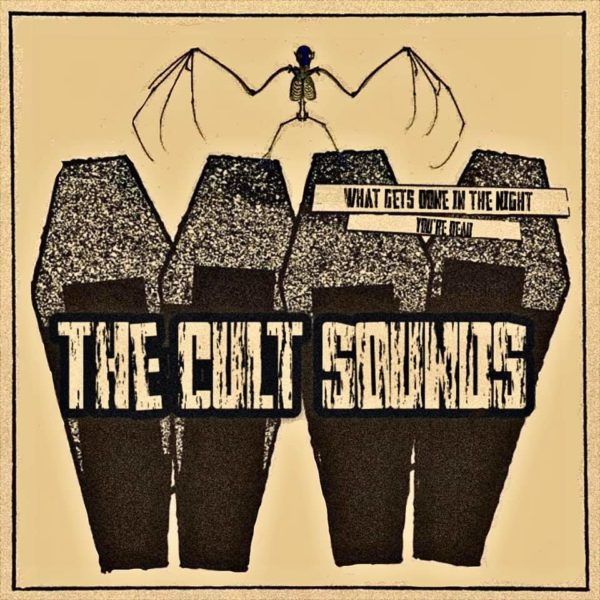 With a clear, directed and expedient move onward through the ranks, branches and altitudes of the legacy of the Punk-tree, The Cult Sounds most recent offering to the sentient atmosphere that sustains them, is the first foray of what is ultimately coming for you. ‘What Gets Done In The Night’ certifiably substantiates the band’s progression while simultaneously standing as a mission statement. The Cult Sounds, in tone, partially return to their roots, with said gloom plainly displayed front-facing. The expeditionary track of this forthcoming LP symbiotically merges and conjoins with the Punk of the previous single but plainly favours a riff-heavy, marginally melodic Alt. Rock and Grunge that with this Post-Punk lacquer, sees the band at an arguable apex point of their comfortability.

The Cult Sounds rebrand Post-Punk in a manner adaptable, fluid and perpetually-cycling through progression. That was my attempt at introducing The Cult Sounds, you can do the rest below.