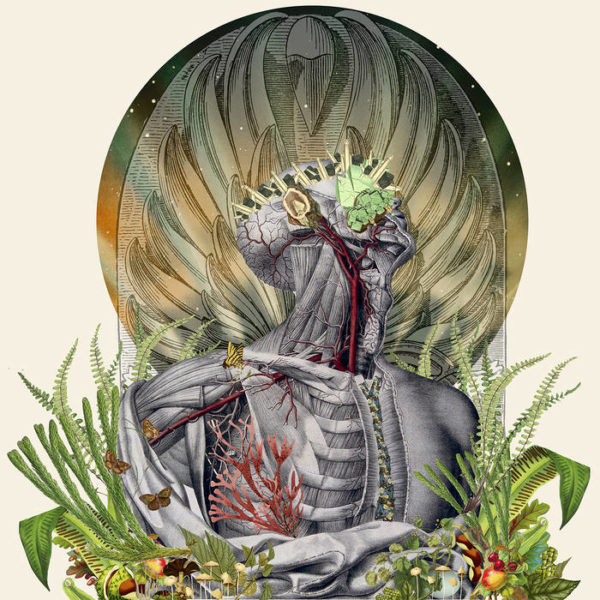 Introducing The Bloody Mallard will be yet another attempt to entice you all into sampling another underground gem. A gem comprised of alluring groove and heavy onset psychedelic-tendencies often in cahoots with weighted Alternative and Stoner Rock alike. A gem of ambient Post-Rock and spasmodic arbitrary alternation through a maelstrom of tempo and dynamic shifts, that themselves are all an integral part of and pertain to a meandering journey through the soundscape of Progressive Rock. Well, that’s just what I think, but no one listens to me.

Moving on! This piece is not to be a record review, and I will endeavour to not keep you any longer than I have to but we will see. However, it is important to note, that the foremost component of the debut album, Realm, has an agenda. ‘Haemoglobin’ is the enthralling mission statement of project and band known as The Bloody Mallard from London. Realm is a record of much and intensely varied scope and ‘Haemoglobin’ is its sentient figurehead.

The track moves through noodling strings that tease a carefree aesthetic as a looming, dramatic heaviness waits in the wings. The band, prior to a lumbering groove of Post-Metal-inclination, employ a near-cacophonic mass of warped Math-toned strings that do nothing but enthral via a bittersweet uncertainty. TBM’s chaotic cathartic dirt then ensues. Between 2:20 and 3:45, through a collective effort that sees Jake Bradford-Sharp’s spasmodic drumming and Raihan Rubin’s floorboard-splintering bass stand indomitable and indisputably powerful, as the band ply their sound with a rage-ridden Post-Hardcore.

Throughout, the melodic efforts of Tom Walding shift from style-to-style as ‘Haemoglobin’ moves on in a persistent obsession to never sit still or subscribe to any one walk of sound. The track is rife with complexities but equally, adheres to what is effective rather just impressive. This is entirely part of the band’s and specifically, Realm’s appeal. Towards this mission statement’s end and through introducing The Bloody Mallard as themselves and their repertoire, through further infusion from Alt. Rock and arguable Post-Rock and more and through ‘Haemoglobin’, the band definitively encapsulate the capabilities of Progressive Rock.

But again, this isn’t a record review. The reasoning behind such a focus on the title track of the debut album is plainly due to what the track embodies. For if the tracks 11:24 duration can achieve so much, then what can The Bloody Mallard do elsewhere?

There’s a predictable unpredictability within The Bloody Mallard. The band’s inspiration thus far is one beyond the cliché aspects of the overused description of “crucial”. The band were inspired by the seasons change, that is seen enough through their imagery alone but also within their constant change in tempo, dynamic, mood and often genre entirely. The recording process of Realm was beset with line-up changes and respective personal issues from its members and what came out the other side is unambiguously telling of all this in the most intrinsic way possible. In a word, the band’s art is intense. To say the least.

The Bloody Mallard’s work is painstakingly arranged. A rhythmic plod can just as easily evolve into melodic Alternative Rock and then in but a second catapult itself somewhere else entirely. The synchronicity and symbiosis of the guitar and bass are obvious. Notably, this was the case even before I sat down and gave the press kit an ocular patdown. The recording and compilation process of Realm saw this aforementioned synchronicity but not without certain freedom beset upon Jake’s drumming. This final part is what allows the self-juxtaposing-to-unified-all-encompassing audio-annexation of The Bloody Mallard to work so well.

The band, as I have said about many bands this year so far, are necessary to 2020s releases within and past all sense of the statement. This is a band I can listen to over and over again. A band whose craft elicits a sense of belonging and applicability to any given situation. Be this reading, gaming, walking or any other manner of escapism from whatever the fuck is going on outside. In short, the band have you. Realm for now and any forthcoming work thereafter, I will happily theorise, will absolutely have the same effect.

Well once again, I have waffled on, but that was my attempt at introducing The Bloody Mallard.

Realm was released back in May via Onslaught Music.