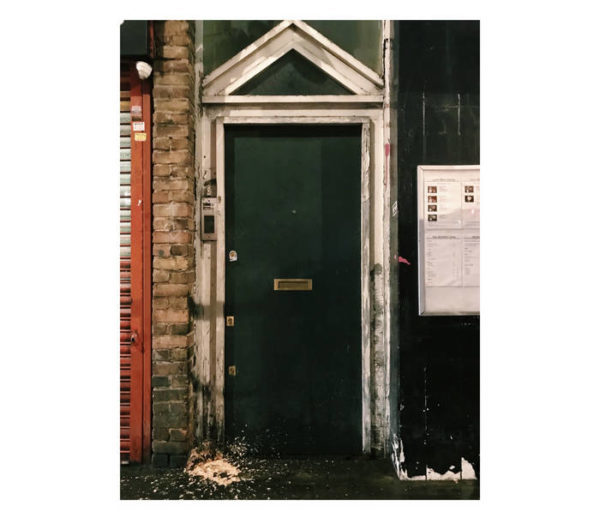 If you consider all the by now countless deviations Punk-Rock has, Garage Punk is one of the most undervalued. Introducing Harsh Buzz is a motion to remedy that, or at the very least, showcase what the genre can produce.

The trio hail from London, so that is reason enough to value their status as a fruit of the Punk tree. The band’s fledgeling status is also why they continue to be of note in that they are another entering the underground fray. After all, isn’t that what it’s all about? Isn’t what why I founded this medium unto which I can bore people to death? Maybe. You can decide on the latter self-deprecating drenched point yourselves.

Existential digression aside, I do like a good buzz of the harshly concocted variety and bands like Harsh Buzz embody that beyond their genre-fitting moniker. Garage Rock itself infects many a genre but especially in the case of Garage Punk and the version of such Harsh Buzz purvey. ‘Hover’ is archetypal but also, cleverly derivative. The track more than satisfactorily carries all the hallmarks of the genre but adds an anthemic characteristic that is quite the wonderful contrary to the norm.

Harsh Buzz imbue their double-fuzzed and raw craft with a subtle melodic drive that lends to the anthemic Punk on offer. That is not to say it’s on par with the more traditionally anthemic wings of the genre, but in all honesty, the slight infusion completely makes the track. And while we are on that, as does the lumbering, floor-board rattling bassline and bridge between 1:10 and 1:45. The band show some likeness and sonic kinship I suppose, to fellow Londoners Splurge, who you can find – Here.

‘Garden Leave’ is the second of the band’s two tracks to date. Harsh Buzz take another melodic line into their fuzzed-up realm at a slower pace. ‘Garden Leave’ bobs along on a playful, genre-standard bass-line as the band are stuck in some ends justifying some questionable means. Vocally, the band’s lead voicebox straddles a point somewhere between disinterested, snotty-British Punk and the quirks Garage Punk is known for, in a manner quite befitting of the interesting lyrical imagery.

‘Garden Leave’ despite its generally slow approach, is still a writhing mas of raucous Punk, however. Harsh Buzz have made a case for themselves and where they wish to take the genre and I wholeheartedly wish to see whatever will follow. Introducing Harsh Buzz, that was easy, but the easiest part is the listening; so get to it.