Hummer and ‘How Did I Get Here?’ arrived at the end of a year that will forever be substantiated by the latter moniker. That and this year so far, how irritatingly shit! Moving on, then. Who are Warrington’s Hummer? Well, the answer can be cast back reasonably enough to the 2016 debut Work.Home.Bed. The three-piece’s introspection, extrospection and social commentary of modern life rumbled along via jagged and intelligent (if not increasingly sardonic) lyricism set to a hybridised mid-paced melodic Punk and Post-Hardcore. Consider the punchy vocal-interplay of the Lawrence Arms, Hot Water Music and then Warrington-ise it.

Hummer returned in 2018 with Budweiser and Butter fuelled by the very same. The band further catalogued the “normal” life many lead though a notably faster approach. Budweiser and Butter’s self-sustaining sardonic sarcasm definitively cut the shit, marking for some of Hummer’s best lyrical poignancy and quotability but also flirted with a faster Skate Punk and overtly melodic ’90s inclination. Recently, however, the 18th December 2020 yielded the great question of our time – How Did I Get Here?

You’d be a fool to confine growing pains to your teens. ‘A Quiet One’, as in going out for, is something we all say from time to time. Hummer open over choppy-drumming and a meandering bass tone juxtaposed by light and seemingly care-free guitar. Hummer employ an age-old technique within gruff-orientated Punk. The band play happy but ponder an increasingly gradual, alcohol sponsored existential crisis simultaneously.

Drinking and all of its possible outcomes and the warped version of reality usually resulting from it are certainly not alien to Hummer’s lyricism. Cycling drunk, don’t do it, kids! ‘CUI’ is testament to the skill at which the band have honed over the years regarding their vocal interplay. Both Joe and Will differentiate their tones enough but on the flip side, can harmonise and unite easily. This very interplay has been key since the band’s first release but on How Did I Get Here? it is plainly evident how far the pair have come. Hummer cohesively run in three parallel layers on ‘CUI’. Will’s bass is playful in its complexities whilst chased by Matthew Cain’s dependable beat as it gazes at Joe’s guitar, dangling in front like a sobering wayfinding carrot.

‘Whisky Eyes’ ran as the band’s mainline single. Track three confirms the Rock n’ Roll-ism of Hummer 3.0 whilst also toasting vintage-Lawrence Arms and the ’90s Punk pushed on Budweiser and Butter. It is with no surprise then that the band’s whisky eyes cannot be closed considering the tempo of the band’s insomnia. However, in the spirit of variety, Hummer then fall back into the meandering, emotionally-downtrodden, downtempo of ‘3 Days’.

‘Never Mind, It’ll Soon Be Monday’ despite its exuberant and sardonic no-fucks-given-on-the-surface, is a deep-cut manifestation of the very question of How Did I Get Here? This is an album of cathartic Punk-Rock releasing the only way it knows how to deal with its pain. That’s not to say the band aren’t clearly having fun instrumentally, but don’t for a second discount what they playing to. ‘Blurring The Lines’ in its half-hopeful stupor quests to get to its destination eventually in Hummer’s nearest full-foray into classic Punk.

‘WA5ive’ is a sad reflection of a delipidated town and how the doom and gloom of modern life only expedites sentiently infectious cynicism. It is also here that again, both Will and Joe’s vocals display their contemporary prowess. ‘WA5ive’ maintains consistent grit but rounds it beautifully. This may seem like a paradox but it’s plainly not. The production on the record shines and highlights all the reasons why Hummer have always been notable but also how they’ve developed. Again I feel I must comment on Joe’s lead and it’s a prominence on How Did I Get Here? For it does nothing but top-off band-wide excellence.

In a pointed-nutshell, ‘Online Civil War’ in its Hot Water Music-esque, Face To Face-leaning Post-Hardcore-toned Punk, is the modern anthem of the social media-verse. ‘Hard Habits Die Old’ on the other hand concerns the sadly repetitive road to addiction-fuelled demise. Despite their brash, Northern English abandon and self-aware sardonic sarcasm, there is an intelligently inherent poignancy to Hummer.

The show is almost stolen more than once on How Did I Get Here? That much is true but none more unambiguously so than on ‘Nostalgia’. Have you ever spent any time in boomer-infested Punk groups? Hummer has. The band lovingly capture and lambast the dated dinosaur contingent of Punk that didn’t go the avian way. Hummer attain true lyrically brilliance on ‘Nostalgia’ and I shan’t cheapen its delivery via sub-par explanation. The closer of the standard edition is a track you will play perpetually.

The Warrington three-piece are not typically known for Acoustic Punk. In the true manner of a critic, I was earnestly looking for something to catch Hummer out on as I do with every band but as it happens on How Did I Get Here? it is impossible. ‘Rest Of My Week’ originally appeared on the Lockdown Unplugged compilation via Ripcord Records and closes as a bonus track on the streaming and CD versions of the release. Succinctly put, track eleven sheds Hummer and their emphatically intrinsic “life-punk” in a welcome and even-clearer light. 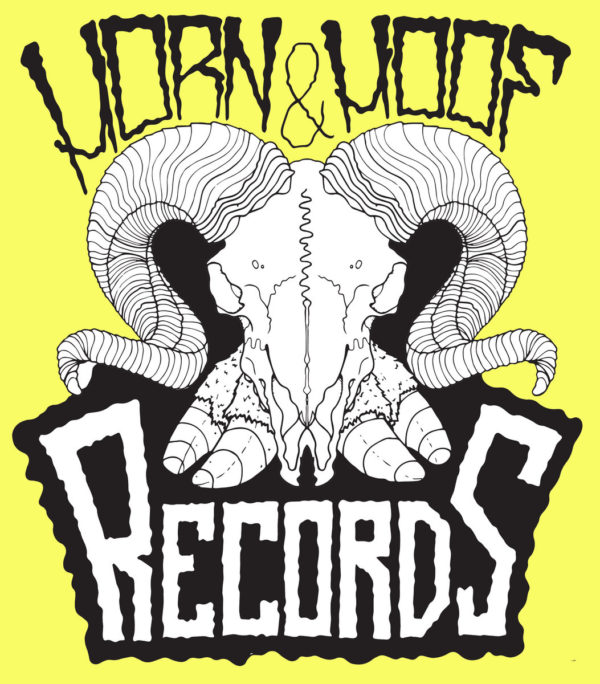 How Did I Get Here? is an intelligently written full-length. It’s a release mired in a perpetual cycle of coveted escapism. An album of personal reflection and the seamless catharsis of such introspective thought, all the while sponsored by a macrocosm of gloom seen through booze-tinted spectacles. That certainly sounds like modern Punk to me.

Horn & Hoof Records return to handle Hummer and How Did I Get Here? Find both below.