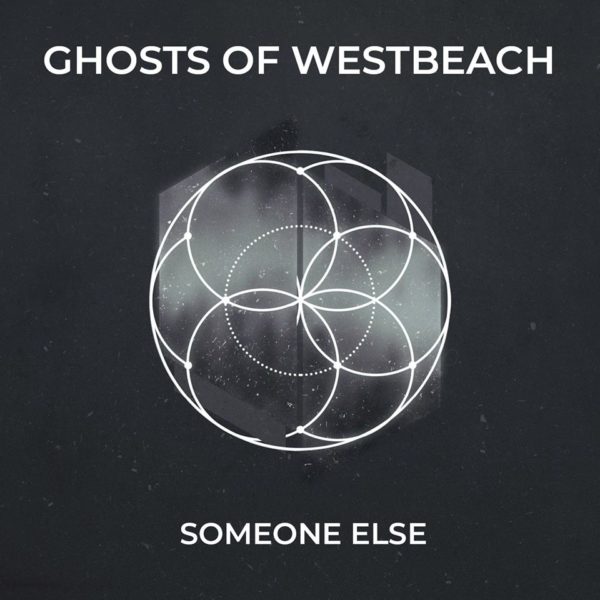 If there is anything that can be taken from the digital age as an unambiguous positive, it’s contemporary music. Ghosts Of Westbeach and ‘Someone Else’ denote to something that is emphatic proof of this exponentially positive connection. The days of travelling miles to coordinate supergroups and such are over and now, aptly, the music scene is seeing new projects and collaborations embedding their fledgeling roots in these social-distanced times.

Ghost Of Westbeach is the sonic matter resultant from the tri-vector of experience that is the band’s industry spanning members. Spread across the UK, USA and Germany, the band boasts Javier Gedeón of EAT DIRT, Kris Reilly of ’90s Punks Chuck and one Felix Jeckstadt of Soundgrind Studio from their respective locales. For a “why not” delve into an older piece regarding EAT DIRT, mosey on to – Here.

‘Someone Else’ is a painful response to unwanted extrospection. The track dangles off its own heartstrings in observation of someone close losing their way and whose exterior is recognisable beyond the actual want of it being so. This emotion is something that, prior to any words being uttered, is strewn across the soundscape via the guitar-tone alone. ‘Someone Else’ is tied down with a looming, downtrodden yet attitude-rich bass-tone bolstered with tempo and dynamic changes avoiding complacency beyond the chosen genre-standard foundations. Ghosts Of Westbeach have their blueprint.

‘Someone Else’ has been born from the post-’90s Skate Punk, early 2000s Melodic Hardcore and the Emo-esque Post-Hardcore periods respectively. That’s not to say that the band adhere as much to the latter two, but boast a sound transparently aware of its own timeline and what came prior. The band’s debut is, for lack of a better string of words, excellent. ‘Someone Else’ is an anthemic, heart-pumping release resulting from inner-thought set to an apparently indomitable stylistic. It would also be foolish not to state how crucial the production is to the relentless punch-face manner of ‘Someone Else’ and its overarching reach.

In truth, it is very hard, if at all (reasonably) possible to criticise ‘Someone Else’. The debut single is evidently the result of music itself an intrinsic knee-jerk reaction to the saddening words that inspired it. Despite the subject matter, ‘Someone Else’ is bound to leave a smile on your face, however. Why? Because of its undeniable ability to capture the unrivalled tenacity unto which the legacy of ’90s Punk-Rock continues to defiantly go beyond simply hanging-on.

Oh, and I should probably mention that an EP is in the works. That’s important. Find the band below.