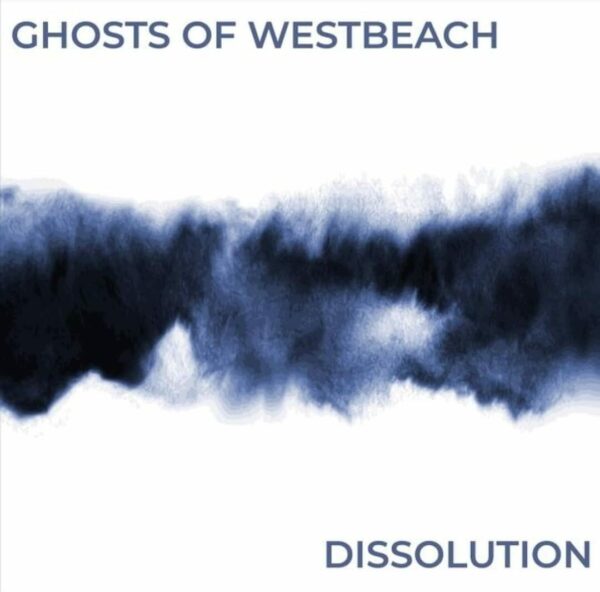 The internet, for all its infinite suck-holes of ridiculousness, has its uses. Ghosts Of Westbeach and ‘Dissolution’, the first being a transatlantic band and the latter their second single, are relevant here. To the latter more positive aspect of that statement, obviously. The band are split across both the UK, Germany and the US and with this second single especially, define collaborative to the highest order within their three human stature. I’ll shed more light on that later.

For a full-ish breakdown on the band’s first track and who they are you can mosey on over to – Here. However, in a succinct and robust nutshell hurtling forth at high velocity, Ghosts Of Westbeach are comprised of one Javier Gedeón of EAT DIRT, Kris Reilly of ’90s Punks Chuck and finally Felix Jeckstadt of Soundgrind Studio. ‘Someone Else’ illustrated a high-value blueprint for the transatlantic band’s fast melodic poignancy but ‘Dissolution’ is on a higher plane. Unlike the abject downward spiral of society that is.

The band are absolutely nothing if not anthemic. The very matter discussed in ‘Dissolution’ does nothing but bolster this trait and would suit no other medium. Kris Reilly observes the very fall of a shared and conceptualised reality. This modern age has indeed seen nothing but incredulity and division. It has seen the unabated sway of external influences on the mind push on to a seemingly indomitable state. Reilly and Ghosts Of Westbeach examine the ebbing away of a once bonafide reality into a fractious quarrelsome mess. All of this has emphatically come to a head and ‘Dissolution’ is the cathartic but overwhelmingly sad response.

One of the most notable traits of ‘Dissolution’ is how forward-facing, and unstoppably determined it is. This second single always seems to be “going somewhere”. That may seem like a throwaway statement. I hear you, but even from its (again) emotionally drenched guitar tone and chord progression into the thick chugging first verse, ‘Dissolution’ is ten-times more immersive than ‘Someone Else’. That’s not to knock the previous, at all, but this tracks delayed fruition has yielded nothing but unquestionable worth. ‘Dissolution’ makes use of greater layered guitars and a harder, tightly wound rhythm section. The drumming on offer this time around, again, not to diminish the previous, is completely overhauled and notably more metallic.

‘Dissolution’ may well be fast, loud and harmonic but much akin to ‘Someone else’, it has variety. The aforementioned metallic tendency of the drumming is again notable and the deviation in tempo and dynamic at the most opportune moments is why ‘Dissolution’ impacts so forcefully.

The collaborative process was yet another overhaul. ‘Dissolution’ perpetually reverberated between GOWB until the band were completely content. The bass, lead, rhythm guitars AND drums were constantly passed, merged and alternated between both Javier and Felix until they reached the final product. Although ‘Dissolution’ is clearly a cohesive effort, you can hear the different routed personalities nonetheless. It is no surprise then, that single #2 is as driven as it is.

With all this focus on instrumentation, I am not for a second sidestepping Kris Reilly’s vocal tones or songwriting. To be blunt, everything in this second single is emotionally drenched and wholehearted but Reilly’s work is of unambiguously high quality. This, I will also add, would be nothing without stellar the mixing and mastering of Felix Jeckstadt.

This is not a band to ignore. Especially as they edge closer to their debut EP.