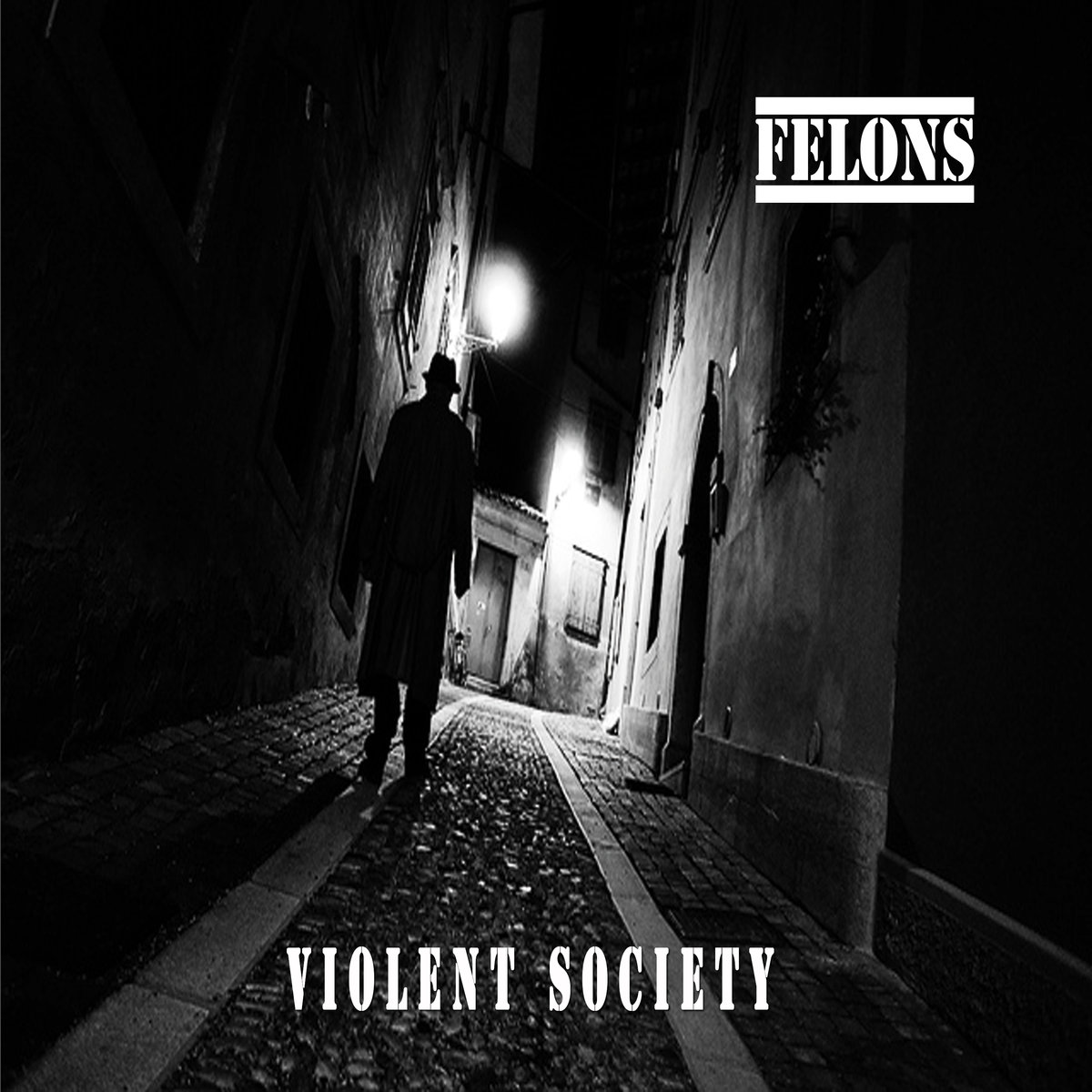 South End On Sea‘s Felons have been said to not “fuck about” and that I can get on board with. Now, as you traverse the Punk-Rock scene you’ll find bands from “back in the day” slogging it out to the bitter end and that to be blunt, is a commitment fantastic to see but somewhat repetitive. Take the UK Subs for example, a fantastic band that keep on giving but sometimes a new band needs to take the reins or at least spruce them up and carry on.

With the contemporary Skate and Melodic Punk scenes doing insanely well and bands such as Manchester’s Incisions sitting perfectly on the fringe of the old and new, what the scene needs now are a few acts playing the past-sound and doing the mainstays of that era justice but also propagating a scene that knows it’s roots. Enter Felons.

Violent Society is down-right impressively the band’s second release this year giving a fresh coat of paint to classic UK Punk and Hardcore. In the vein of the band’s live show which is ’13 songs in 15 minutes at the moment’ and their first release itself sitting at seven minutes and fifty-five seconds, this second EP does it’s thing in a (un)loving three minutes and twenty-one seconds.

I know what you’re thinking but save it, doing your thing this quickly via this medium is actually a good thing so relax.

‘Who’s In Debt To Who?’ is blisteringly fast but upbeat and playful in a spikey jacket shoulder-barge sort of way. This first track takes Garage Rock-toned 77′ Punk by it’s hand and gently shows it the way of the 80’s underground and it’s severe lack of patience.

Which is very nice of it because the cries of anguish and rage in the 00:47 of ‘Pacing’ will stay with you as you lose you’re own mind. ‘Pacing’ is pure classic Hardcore in the vein of Minor Threat with said band’s own weirdness gobbled-up, anglicised and spat back out again a little weirder and with an entirely different accent. There is a reason why this band are said not to fuck around and it’s really quite brilliant.

The eponymous ‘Violent Society’ channels snotty-Punk whit to make a point while having a laugh. That may seem like a cliche and/or effortless and lazy description but it is what it is. Felons enjoy Punk-Rock and it’s cathartic moaning and critique but they also love a good laugh and a pit to boot.

Felons take traditional UK Punk-Rock, blend it with DC’s amped up early Hardcore and produce a snappy Punk-Rock EP not to miss. Punk music does need to progress and it does need to move forward but there is nothing wrong with a little appreciation and emulation of the old days if you’re as genuinely good and committed as this adrenalised four-piece.

Check out that first release while you’re at it.