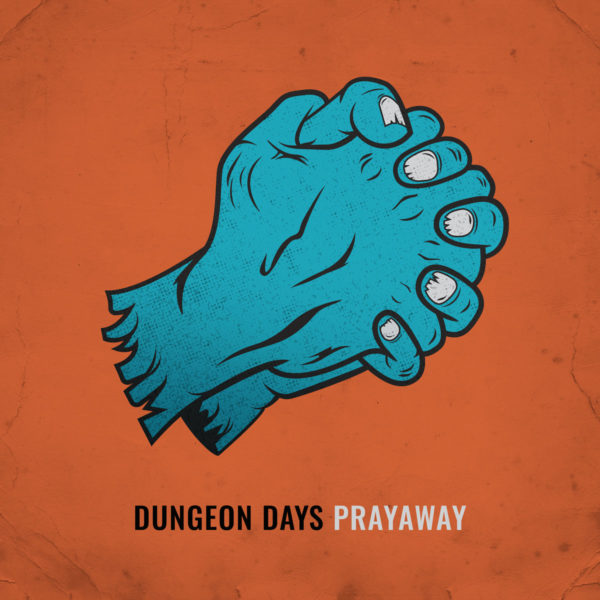 Dungeon Days and the ‘Prayaway’ single fit into the legacy of the ’90s Punk explosion. The band are also symbiotically to this, counted amongst the notably fast and melodic European Punk-Rock scene. Said scene very prominently traces much of its choice cuts to Scandanavia and it goes without saying that after you’re finished here, that you should you indulge in the region’s Punk-Rock delights. Trainer tip! EN has featured more than a few.

However specifically, as mentioned earlier, we are in the Copenhagen suburb of Islev today for the latest from Dungeon Days as they pray away. Apologies, for their single ‘Prayaway’. What do they sound like? Well, names such as Lagwagon and Face To Face can be bounced around to give you some idea at least. Combine that with the band’s citation of Direct Hit! and a likeness to Primetime Failure and MxPx and we are ready to go. Before that though, find their 2017 debut album – Here.

Despite some sombre cathartic moments where the band pursue the aggy-end of Melodic Punk, Dungeon Days are an upbeat band intent on the having of fun. This is entirely how the buzzsaw ‘Prayaway’ takes the first breath of its 2:54 duration. Thick -subtly-Pennywise-esque riffage is ridden-low glossed with Pop-Punk sensibilities. There is no question that riff-heavy Skate Punk is a penchant of Dungeon Days but its kept satisfyingly in check. The band capture that heart-on-sleeve need to have a sing-a-long that made that seminal ’90s stylistic so utterly important.

‘And when the prayers have come true, its a miracle, that’s what they say, but when the shit just hit the fan, then that’s God! Working in mysterious ways!’ – is by far the most quotable line in a track questioning easy-explanations. Dungeon Days utter such over increasingly riff-heavy, gritty and cumbersome Punk-Rock that is the perfect bridge into the final verse. It is here that the slowed yet thick Skate Punk riffs really take over and become something else entirely in an excellent contrast to the tracks playfully inviting accessibility. You can find it on the EN ’90s Punk playlist – Here.

‘Prayaway’ preaches a message of getting up and making a change rather than relying on wishful thinking and its brilliantly addictive. And what’s even better, is that Dungeon Days have another single out on the 1st May.

Dutch – ‘No Dove No Covenant’